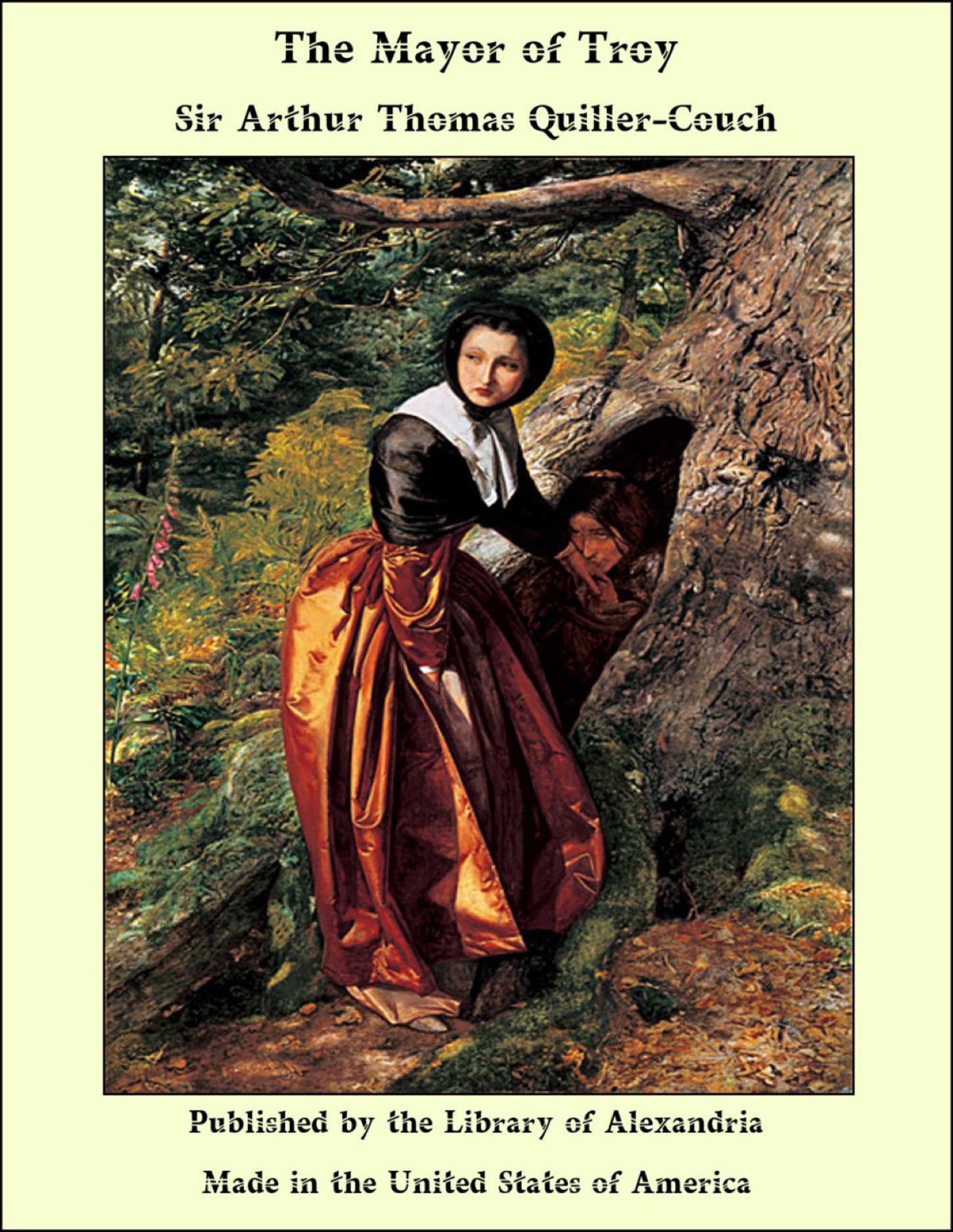 The Mayor of Troy

Had the Major in London been crossed in love? No; I incline to believe that Miss Pescod was mistaken. That hearts, up there, fluttered for a man of his presence is probable, nay certain. In port and even in features he bore a singular likeness to the Prince Regent. He himself could not but be aware of this, having heard it so often remarked upon by persons acquainted with his Royal Highness as well as by others who had never set eyes on him. In short, our excellent Major may have dallied in his time with the darts of love; there is no evidence that he ever took a wound. Within a year after his return he bought back the ancestral home of the Hymens, a fine house dating from the reign of Queen Anne. (His great-grandfather had built it on the site of a humbler abode, on the eve of the South Sea collapse.) It stood at the foot of Custom House Hill and looked down the length of Fore Street—a perspective view of which the Major never wearied—no, not even on hot afternoons when the population took its siesta within doors and, in the words of Cai Tamblyn, "you might shot a cannon down the streets of Troy, and no person would be shoot." This Cai (or Caius) Tamblyn, an eccentric little man of uncertain age, with a black servant Scipio, who wore a livery of green and scarlet and slept under the stairs, made up the Major’s male retinue. Between them they carried his sedan chair; and because Cai (who walked in front) measured but an inch above five feet, whereas Scipio stood six feet three in his socks, the Major had a seat contrived with a sharp backward slope, and two wooden buffers against which he thrust his feet when going down-hill. Besides these, whom he was wont to call, somewhat illogically, his two factotums, his household comprised Miss Marty and a girl Lavinia who, as Miss Marty put it, did odds and ends. Miss Marty was a poor relation, a third or fourth cousin on the maternal side, whom the Major had discovered somewhere on the other side of the Duchy, and promoted. Socially she did not count. She asked no more than to be allowed to feed and array the Major, and gaze after him as he walked down the street.