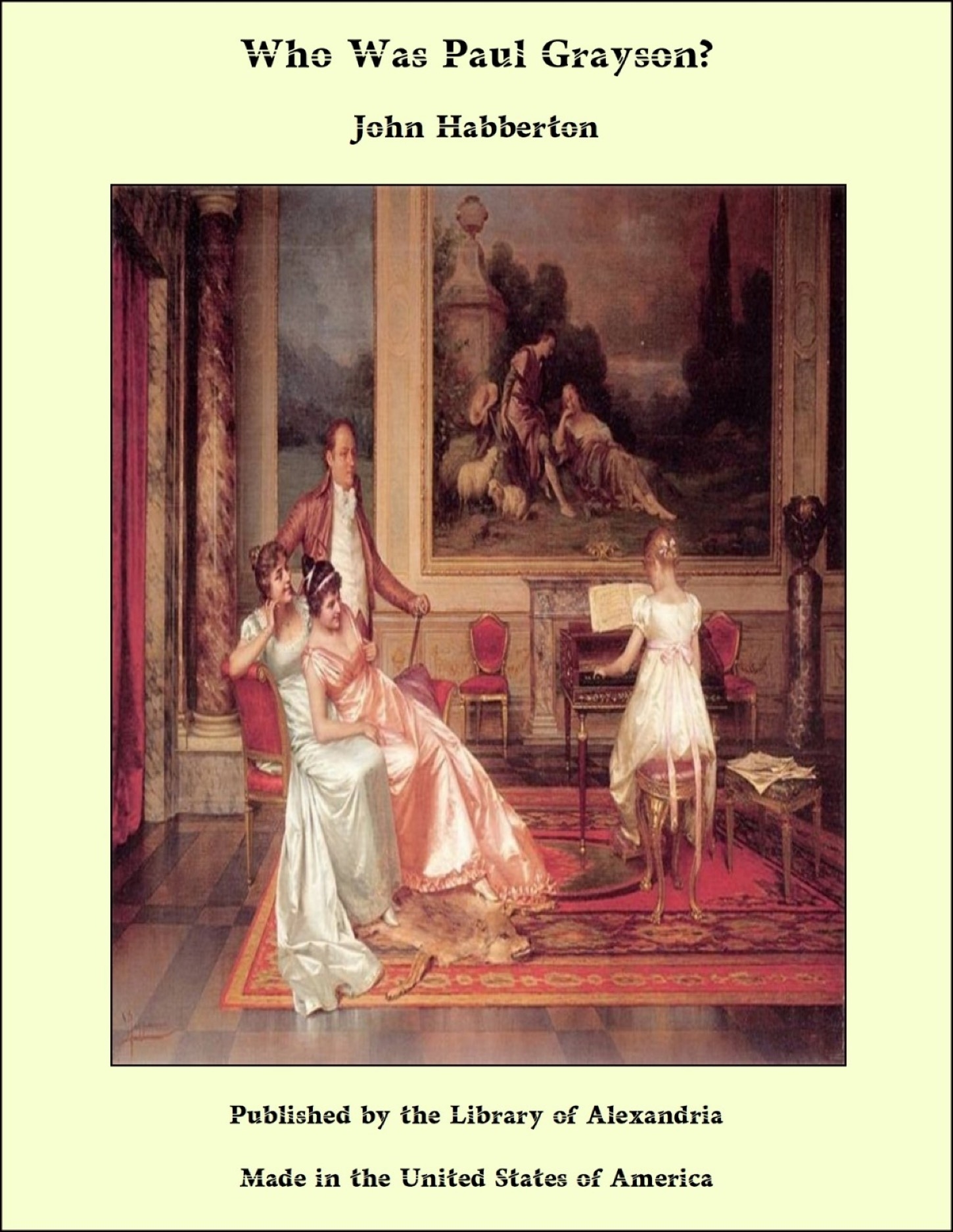 Who Was Paul Grayson?

THE boys who attended Mr. Morton’s Select School in the village of Laketon did not profess to know more than boys of the same age and advantages elsewhere; but of one thing they were absolutely certain, and that was that no teacher ever rang his bell to assemble the school or call the boys in from recess until just that particular instant when the fun in the school-yard was at its highest, and the boys least wanted to come in. A teacher might be very fair about some things: he might help a boy through a hard lesson, or give him fewer bad marks than he had earned; he might even forget to report to a boy’s parents all the cases of truancy in which their son had indulged; but when a teacher once laid his hand upon that dreadful bell and stepped to the window, it really seemed as if every particle of human sympathy went out of him. On one bright May morning, however, the boys who made this regular daily complaint were few; indeed, all of them, except Bert Sharp, who had three consecutive absences to explain, and no written excuse from his father to help him out, were already inside the school-room, and even Bert stood where he could look through the open door while he cudgelled his wits and smothered his conscience in the endeavor to frame an explanation that might seem plausible. The boys already inside lounged near any desks but their own, and conversed in low tones about almost everything except the subject uppermost in their minds, this subject being a handsome but rather sober-looking boy of about fourteen years, who was seated at a desk in the back part of the room, and trying, without any success whatever, to look as if he did not know that all the other boys were looking at him.