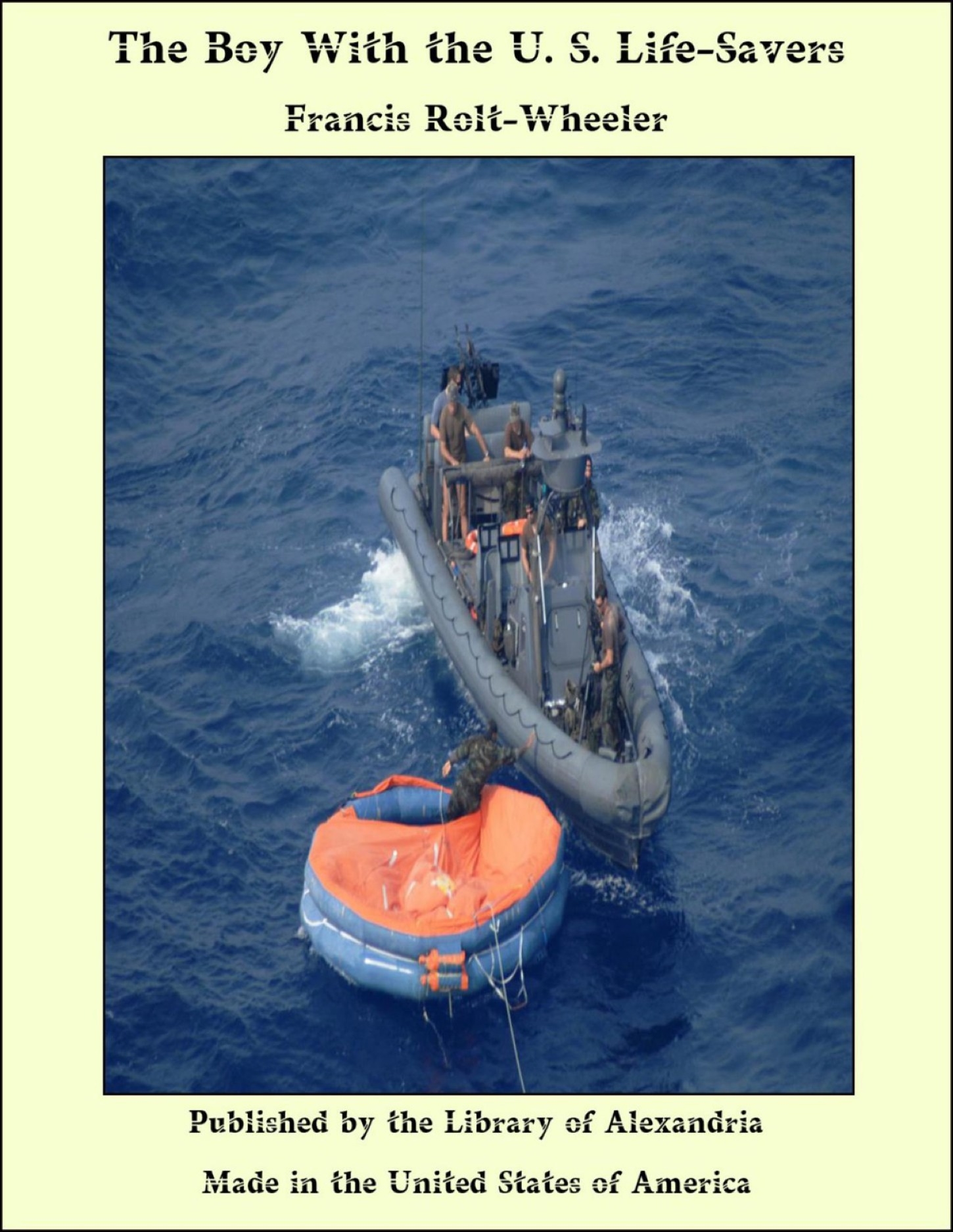 The Boy With the U. S. Life-Savers

Upon the hungry rock-bound shores of Maine, and over the treacherous quicksands of Cape Hatteras, the billows of the Atlantic roll; the tropical storms of the Gulf of Mexico whip a high surf over the coral reefs of Florida; upon the Pacific coast, six thousand miles of sea fling all their fury on the land; yet no one fears. Serene in the knowledge that the United States Coast Guard and the Lighthouse Bureau never sleep, vessels from every corner of the world converge to the great seaports of America. The towers that stand sentinel all day, or flame their unceasing vigilance all night, hold out their message of welcome or of warning to every ship that nears the coast, and not a point of danger is unprotected. Should an unreckoned-with disaster cast a vessel on the breakers, there is not a mile of beach that the Coast Guard does not watch. Far in the northern Bering Sea, a Coast Guard cutter blazes the hidden trail through Polar ice for the oncoming fleet of whalers, and carries American justice to where, as yet, no court has been; out in the mid-Atlantic, when the Greenland icebergs follow their silent path of ghostly menace, a Coast Guard cutter watches and warns the great ocean liners of their peril; and when, in spite of all that skill and watchfulness can do, the sea claims its toll of wreck, it is the Coast Guard cutter that is first upon the scene of rescue. To show the stern work done by the U. S. Coast Guard, to depict the indomitable men who overcome dangers greater than are known to any others who traffic on the sea, to point to the manly boyhood of America this arm of our country’s national defense, whose history is one long record of splendid heroism, is the aim and purpose of The Boy With the U. S. Life-Savers.