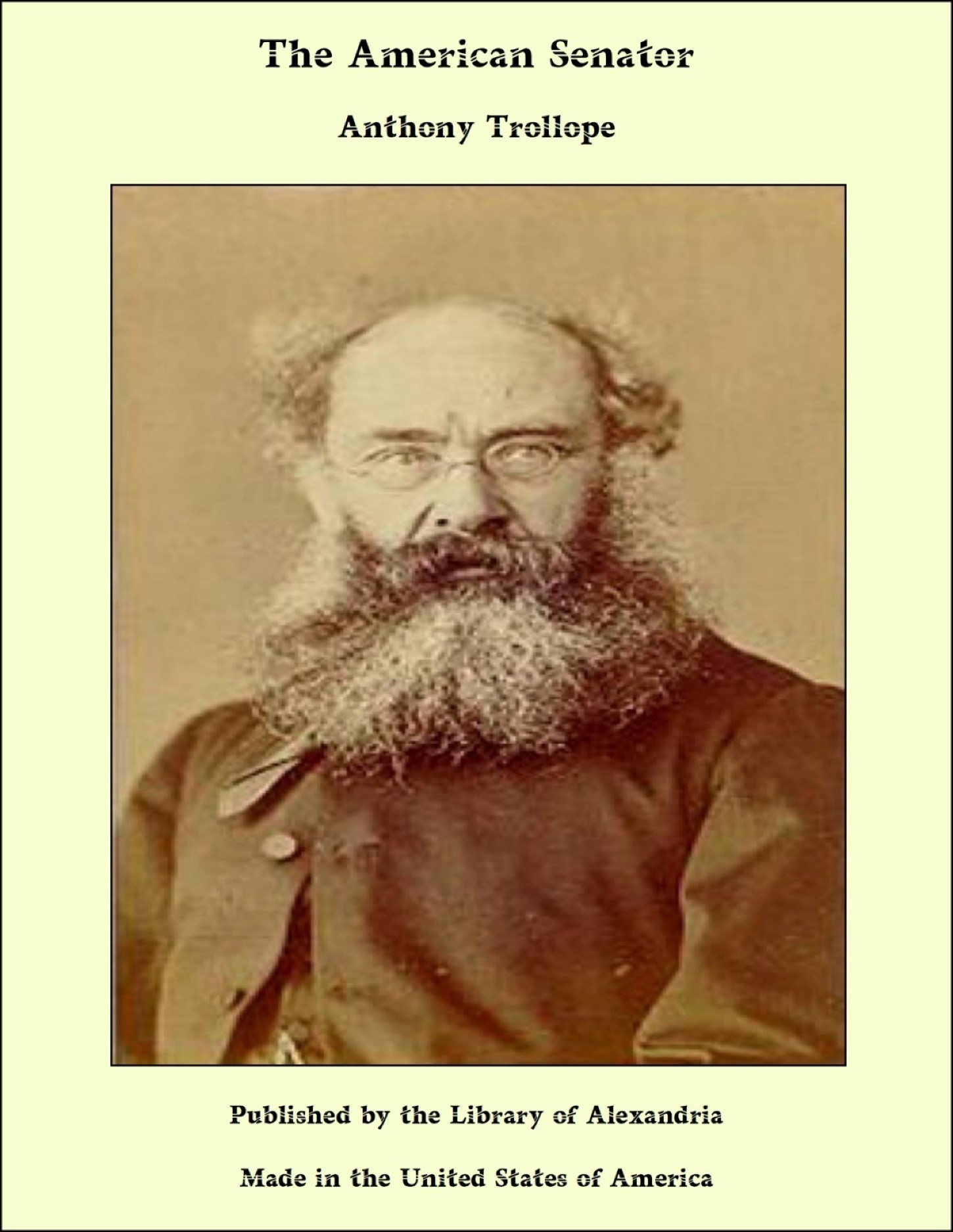 I never could understand why anybody should ever have begun to live at Dillsborough, or why the population there should have been at any time recruited by new comers. That a man with a family should cling to a house in which he has once established himself is intelligible. The butcher who supplied Dillsborough, or the baker, or the ironmonger, though he might not drive what is called a roaring trade, nevertheless found himself probably able to live, and might well hesitate before he would encounter the dangers of a more energetic locality. But how it came to pass that he first got himself to Dillsborough, or his father, or his grandfather before him, has always been a mystery to me. The town has no attractions, and never had any. It does not stand on a bed of coal and has no connection with iron. It has no water peculiarly adapted for beer, or for dyeing, or for the cure of maladies. It is not surrounded by beauty of scenery strong enough to bring tourists and holiday travellers. There is no cathedral there to form, with its bishops, prebendaries, and minor canons, the nucleus of a clerical circle. It manufactures nothing specially. It has no great horse fair, or cattle fair, or even pig market of special notoriety. Every Saturday farmers and graziers and buyers of corn and sheep do congregate in a sleepy fashion about the streets, but Dillsborough has no character of its own, even as a market town. Its chief glory is its parish church, which is ancient and inconvenient, having not as yet received any of those modern improvements which have of late become common throughout England; but its parish church, though remarkable, is hardly celebrated. The town consists chiefly of one street which is over a mile long, with a square or market-place in the middle, round which a few lanes with queer old names are congregated, and a second small open space among these lanes, in which the church stands. As you pass along the street north-west, away from the railway station and from London, there is a steep hill, beginning to rise just beyond the market-place. Up to that point it is the High Street, thence it is called Bullock’s Hill. Beyond that you come to Norrington Road,—Norrington being the next town, distant from Dillsborough about twelve miles. Dillsborough, however, stands in the county of Rufford, whereas at the top of Bullock’s Hill you enter the county of Ufford, of which Norrington is the assize town. The Dillsborough people are therefore divided, some two thousand five hundred of them belonging to Rufford, and the remaining five hundred to the neighbouring county. This accident has given rise to not a few feuds, Ufford being a large county, with pottery, and ribbons, and watches going on in the farther confines; whereas Rufford is small and thoroughly agricultural. The men at the top of Bullock’s Hill are therefore disposed to think themselves better than their fellow-townsfolks, though they are small in number and not specially thriving in their circumstances.