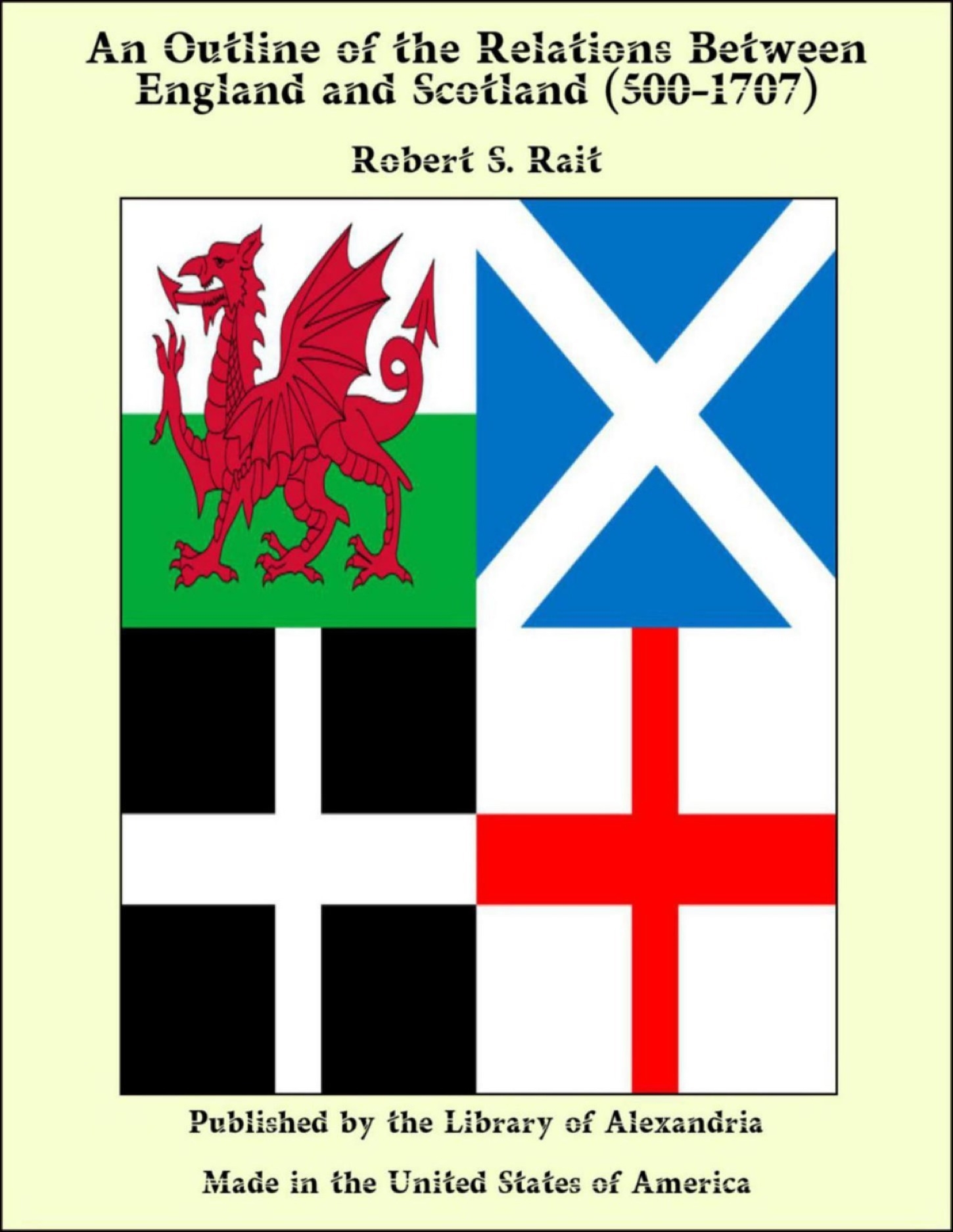 An Outline of the Relations Between England and Scotland (500-1707)

The present volume has been published with two main objects. The writer has attempted to exhibit, in outline, the leading features of the international history of the two countries which, in 1707, became the United Kingdom. Relations with England form a large part, and the heroic part, of Scottish history, relations with Scotland a very much smaller part of English history. The result has been that in histories of England references to Anglo-Scottish relations are occasional and spasmodic, while students of Scottish history have occasionally forgotten that, in regard to her southern neighbour, the attitude of Scotland was not always on the heroic scale. Scotland appears on the horizon of English history only during well-defined epochs, leaving no trace of its existence in the intervals between these. It may be that the space given to Scotland in the ordinary histories of England is proportional to the importance of Scottish affairs, on the whole; but the importance assigned to Anglo-Scottish relations in the fourteenth century is quite disproportionate to the treatment of the same subject in the fifteenth century. Readers even of Mr. Green’s famous book, may learn with surprise from Mr. Lang or Mr. Hume Brown the part played by the Scots in the loss of the English dominions in France, or may fail to understand the references to Scotland in the diplomatic correspondence of the sixteenth century. There seems to be, therefore, room for a connected narrative of the attitude of the two countries towards each other, for only thus is it possible to provide the data requisite for a fair appreciation of the policy of Edward I and Henry VIII, or of Elizabeth and James I. Such a narrative is here presented, in outline, and the writer has tried, as far as might be, to eliminate from his work the element of national prejudice.