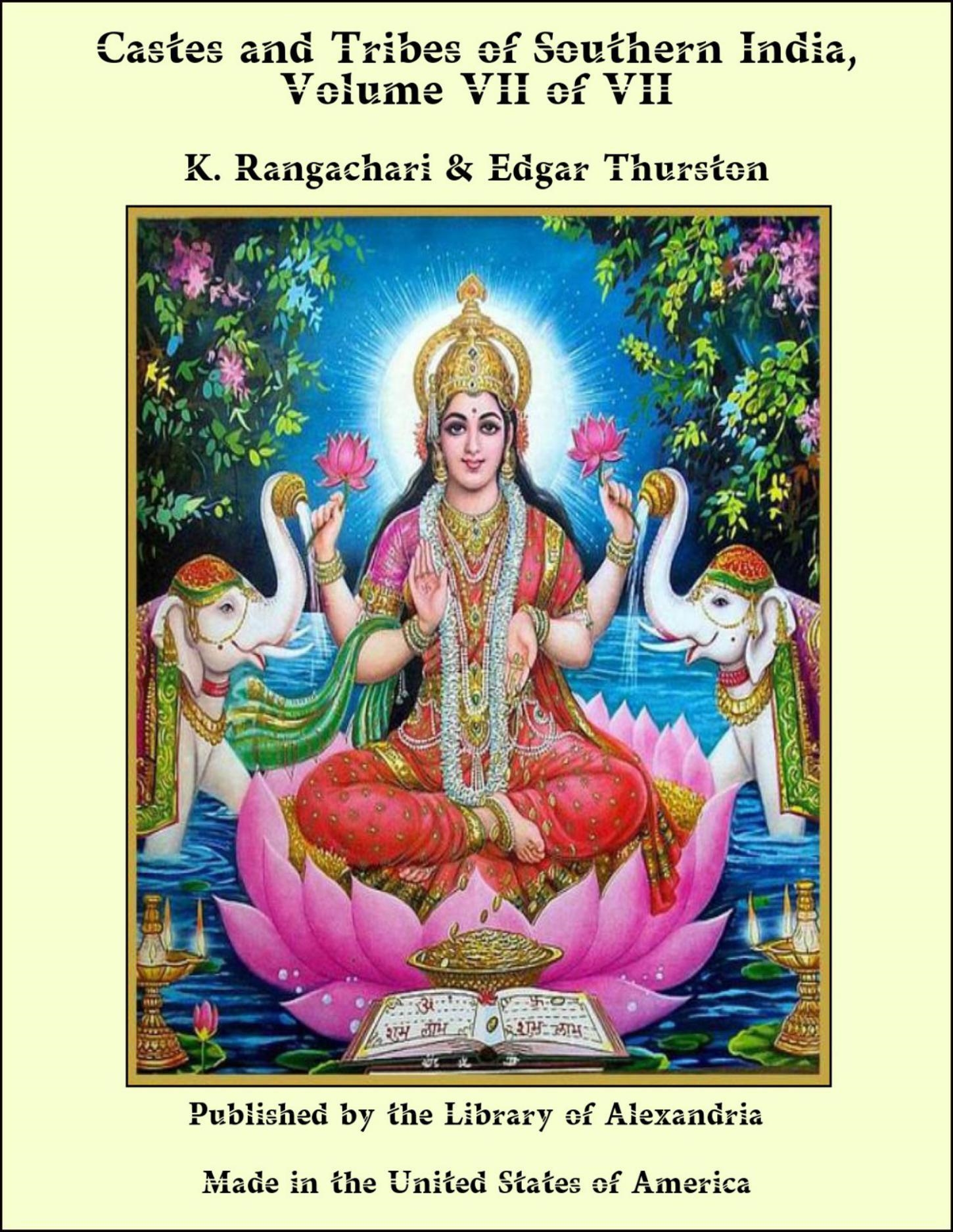 Castes and Tribes of Southern India, Volume VII of VII

In 1894, equipped with a set of anthropometric instruments obtained on loan from the Asiatic Society of Bengal, I commenced an investigation of the tribes of the Nīlgiri hills, the Todas, Kotas, and Badagas, bringing down on myself the unofficial criticism that “anthropological research at high altitudes is eminently indicated when the thermometer registers 100° in Madras.” From this modest beginning have resulted:— (1) investigation of various classes which inhabit the city of Madras; (2) periodical tours to various parts of the Madras Presidency, with a view to the study of the more important tribes and classes; (3) the publication of Bulletins, wherein the results of my work are embodied; (4) the establishment of an anthropological laboratory; (5) a collection of photographs of Native types; (6) a series of lantern slides for lecture purposes; (7) a collection of phonograph records of tribal songs and music. The scheme for a systematic and detailed ethnographic survey of the whole of India received the formal sanction of the Government of India in 1901. A Superintendent of Ethnography was appointed for each Presidency or Province, to carry out the work of the survey in addition to his other duties. The other duty, in my particular case—the direction of a large local museum—happily made an excellent blend with the survey operations, as the work of collection for the ethnological section went on simultaneously with that of investigation. The survey was financed for a period of five (afterwards extended to eight) years, and an annual allotment of Rs. 5,000 provided for each Presidency and Province. This included Rs. 2,000 for approved notes on monographs, and replies to the stereotyped series of questions. The replies to these questions were not, I am bound to admit, always entirely satisfactory, as they broke down both in accuracy and detail. I may, as an illustration, cite the following description of making fire by friction. “They know how to make fire, i.e., by friction of wood as well as stone, etc. They take a triangular cut of stone, and one flat oblong size flat. They hit one another with the maintenance of cocoanut fibre or copper, then fire sets immediately, and also by rubbing the two barks frequently with each other they make fire.”