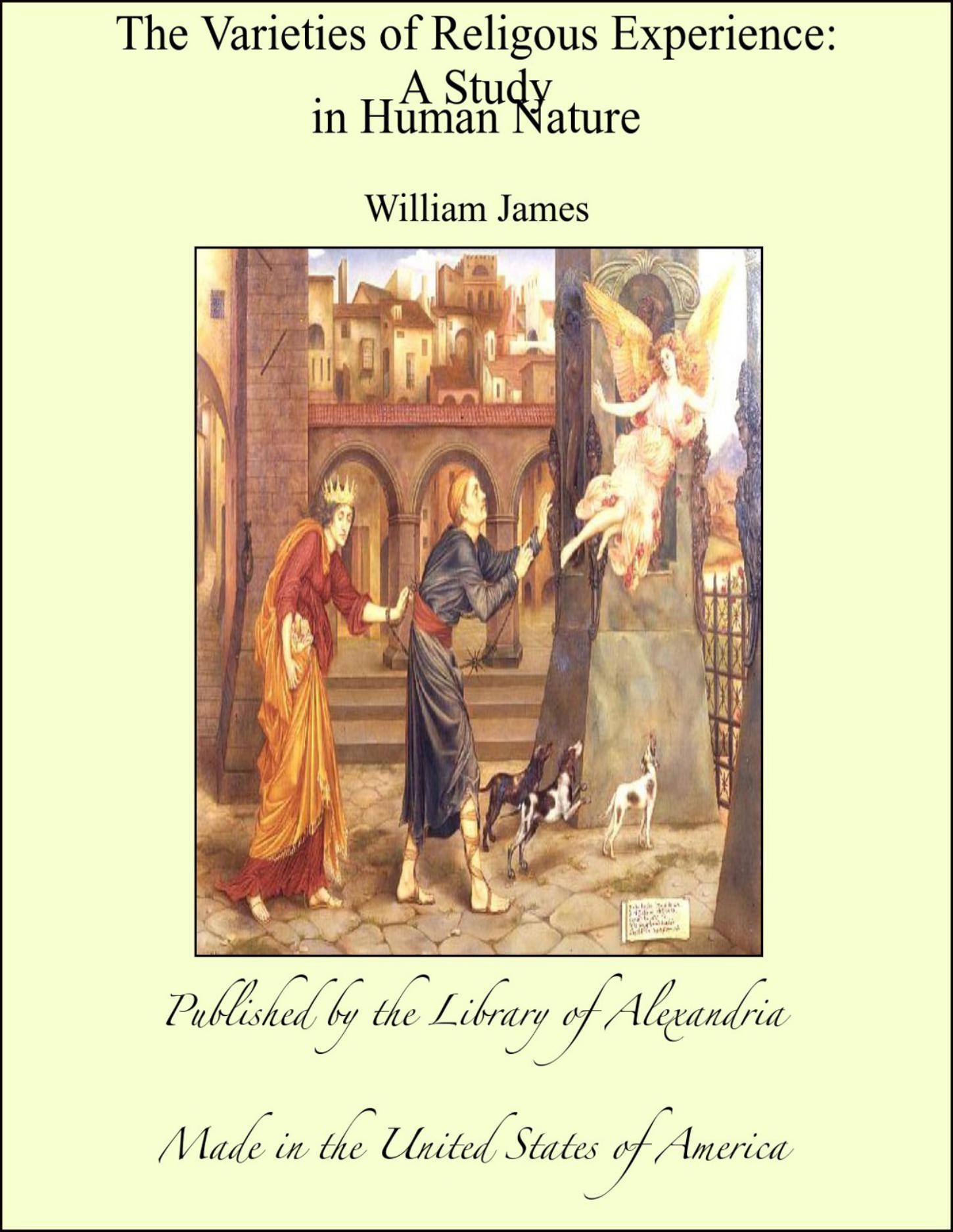 The Varieties of Religous Experience

A Study in Human Nature

This book would never have been written had I not been honored with an appointment as Gifford Lecturer on Natural Religion at the University of Edinburgh. In casting about me for subjects of the two courses of ten lectures each for which I thus became responsible, it seemed to me that the first course might well be a descriptive one on "Man's Religious Appetites," and the second a metaphysical one on "Their Satisfaction through Philosophy." But the unexpected growth of the psychological matter as I came to write it out has resulted in the second subject being postponed entirely, and the description of man's religious constitution now fills the twenty lectures. In Lecture XX I have suggested rather than stated my own philosophic conclusions, and the reader who desires immediately to know them should turn to pages—, and to the "Postscript" of the book. I hope to be able at some later day to express them in more explicit form. In my belief that a large acquaintance with particulars often makes us wiser than the possession of abstract formulas, however deep, I have loaded the lectures with concrete examples, and I have chosen these among the extremer expressions of the religious temperament. To some readers I may consequently seem, before they get beyond the middle of the book, to offer a caricature of the subject. Such convulsions of piety, they will say, are not sane. If, however, they will have the patience to read to the end, I believe that this unfavorable impression will disappear;for I there combine the religious impulses with other principles of common sense which serve as correctives of exaggeration, and allow the individual reader to draw as moderate conclusions as he will. My thanks for help in writing these lectures are due to Edwin D. Starbuck, of Stanford University, who made over to me his large collection of manuscript material; to Henry W. Rankin, of East Northfield, a friend unseen but proved, to whom I owe precious information; to Theodore Flournoy, of Geneva, to Canning Schiller of Oxford, and to my colleague Benjamin Rand, for documents; to my colleague Dickinson S. Miller, and to my friends, Thomas Wren Ward, of New York, and Wincenty Lutoslawski, late of Cracow, for important suggestions and advice. Finally, to conversations with the lamented Thomas Davidson and to the use of his books, at Glenmore, above Keene Valley, I owe more obligations than I can well express.