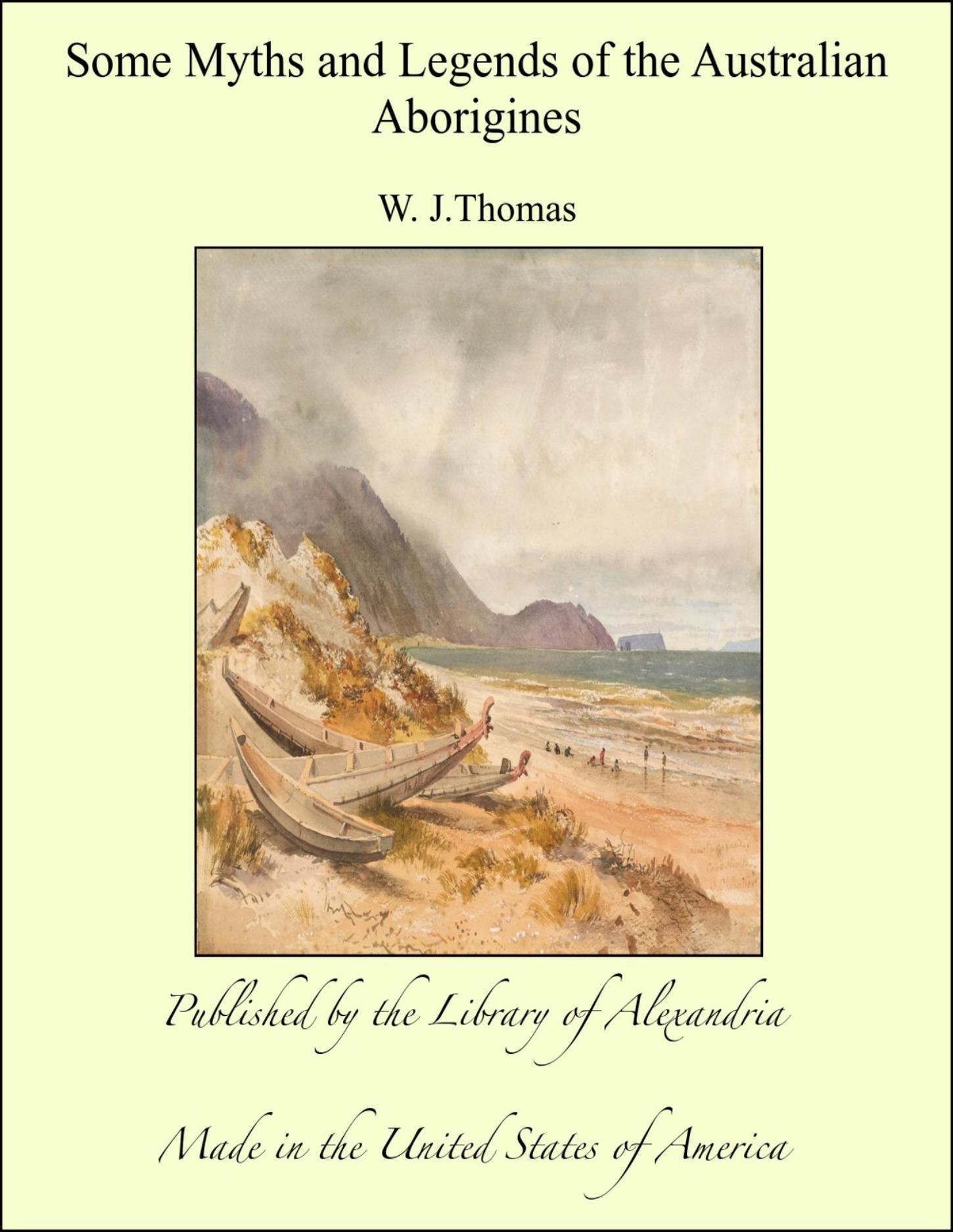 Some Myths and Legends of the Australian Aborigines

When the white man first carried the burden and blessing of civilization to the shores of Australia, he found the land inhabited by a very primitive race of people. They lived simple lives, and their activities were confined to hunting, fishing and the procuring of vegetable food. Their dwelling place or gunyah was a rude shelter formed by the boughs and bark of trees, which afforded them little protection from the elements. The weapons of war and the chase used by the men were the boomerang, spear and club. They also used a stone axe, which consisted of a piece of hard brittle stone chipped or ground to a suitable shape and fixed securely in a forked piece of wood by means of bark, string and gum, or animal tendons. The women used a stick hardened by fire and pointed at one end. It was called a "digging stick," and was used both as a weapon and a domestic implement for digging edible roots. Fish were either speared or caught in nets woven of grass and bark. The nets were set in shallow portions of the river course, and the fish were usually trapped as they travelled with the tides. Extraordinary skill was developed by the natives in the use of the fish spear. The native fisherman would wade in the river and secure his meal by throwing the spear at a ripple in the water which experience had taught him was an indication of the presence of fish. The kangaroo and other animals were stalked by the blackfellow and killed for food, and the skins and furs were used for sleeping rugs. Certain species of grubs and snakes were included in the somewhat extensive menu of the natives, and, when a lizard was seen basking in the sun, it was promptly caught, cooked and eaten. As the natives had but little knowledge of the methods for preserving animal food, their existence alternated between a feast and a famine. When a big haul of fish was secured, it was customary for them to camp on the riverside until the food supply was exhausted. The natives lived together in tribes. Each tribe was distinguished by a common language, peculiar tribal customs, burial ceremonies, initiation rites ("man-making"), and magical beliefs. The ceremonies connected with the "making of men" were very elaborate and surrounded with religious secrecy. The secrets of initiation were held exclusively by the men of the tribe, and, if a woman was caught within sight of the ceremonies, she was immediately killed. Attached to each tribe were primitive doctors or "medicine men." These men were supposed to possess methods of magic whereby they could cure disease, heal wounds, bring secret death to members of hostile tribes, make rain in time of drought, and perform other miracles. The natives believed in the power of these men to a degree that is almost incredible to us.