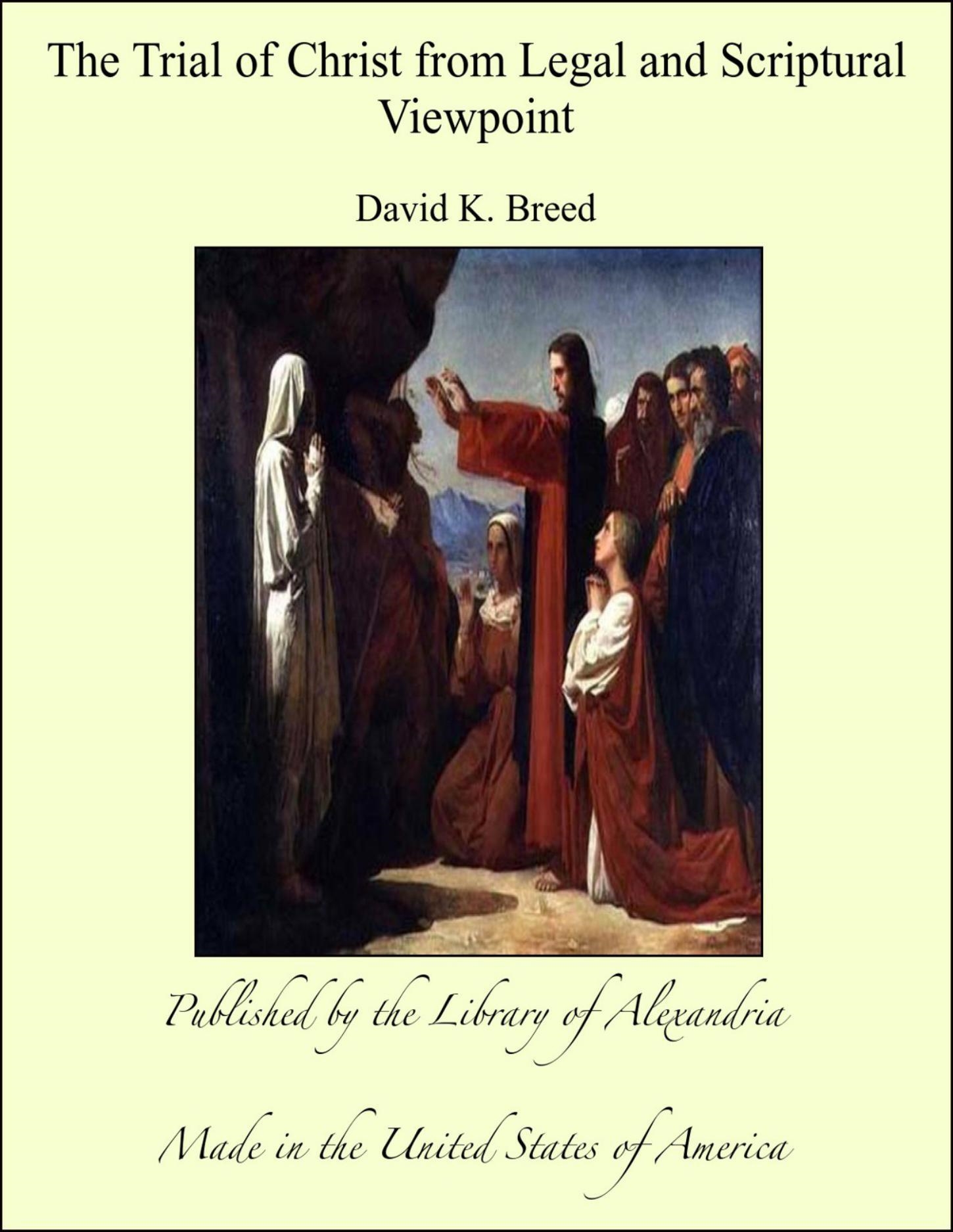 The Trial of Christ from Legal and Scriptural Viewpoint

By Reverend Clarence Edward Macartney Pastor, First Presbyterian Church Pittsburgh, Pa. The great fact, and the Eternal Fact, in the life of Jesus was his death for our sins upon the Cross. This was the fact which St. Paul declared he preached to the Corinthians "first of all"; not that they were the first to hear it; not that it merely came first in the enumeration of the great truths of the Gospel; but that it was first in importance, the Eternal Fact of Redemption. The steps, therefore, by which Jesus was brought to the Cross, although ever of the greatest interest, are secondary in importance to the death of Christ on the Cross. Christian lawyers have always found the records of the trial of Jesus of great interest. This interest has led the author of this book to make a careful study from a lawyer's standpoint of the trial of Jesus. He brings out the fact that Jesus was tried six times in twelve hours; before Annas, before Caiaphas, efore the Sanhedrin, before Pilate, before Herod, before Pilate again. Of course, the real judicial trial was that before the Sanhedrin. According to the author there were seventeen errors in these trials which might be classified as "reversible;" that is, such errors as today would warrant a superior court in reversing the judgment of the lower court. Among these errors he notes the following: No process could take place on one of the feast days; no process could be started at night. Caiaphas publicly declared before the trial that Christ deserved death. Jesus had no counsel to defend him. Pilate declared Jesus not guilty, and yet accepted the verdict of the mob and sent him to crucifixion. It was illegal for the Sanhedrin to convict a man on the same day as the trial.