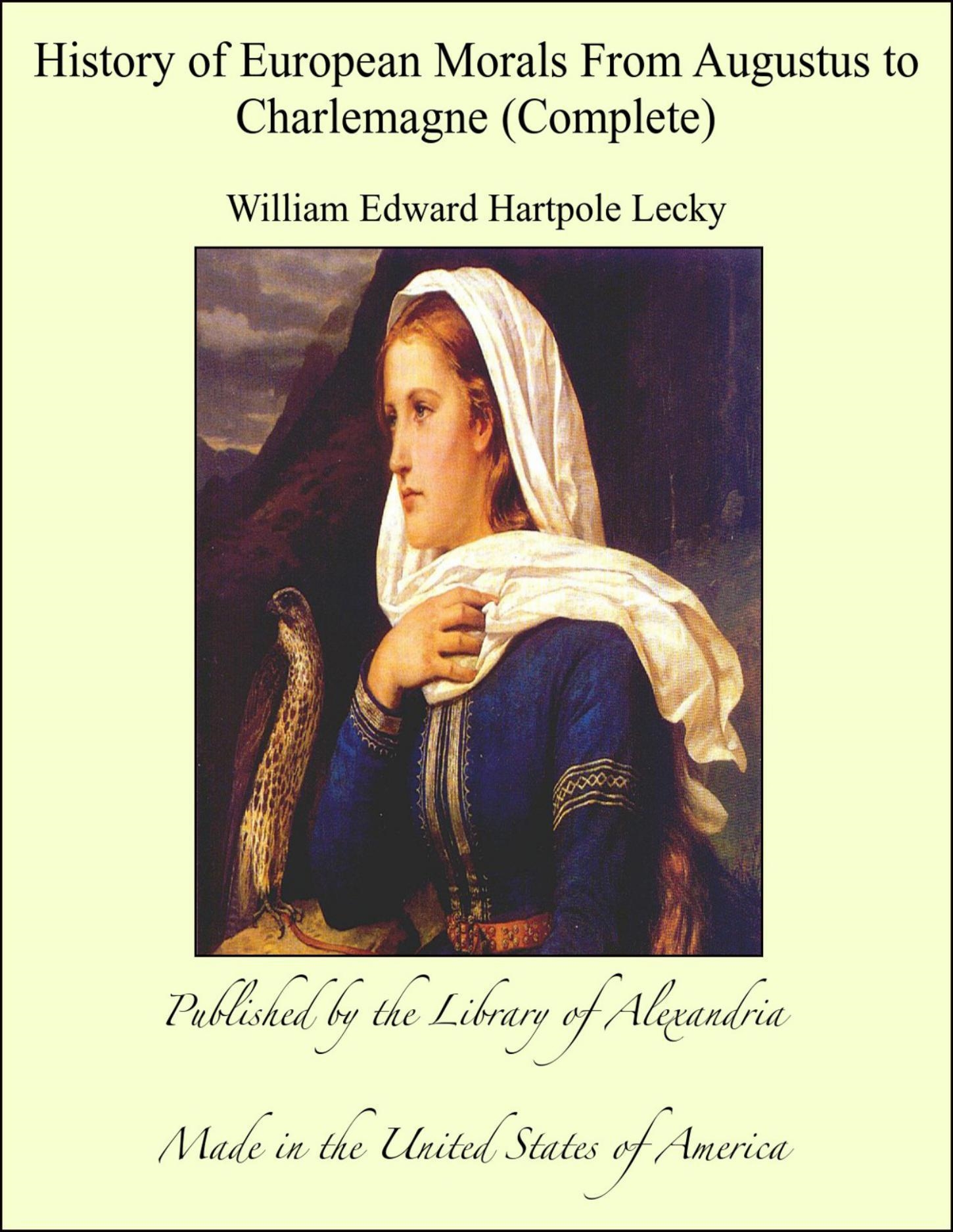 History of European Morals From Augustus to Charlemagne

The questions with which an historian of Morals is chiefly concerned are the changes that have taken place in the moral standard and in the moral type. By the first, I understand the degrees in which, in different ages, recognised virtues have been enjoined and practised. By the second, I understand the relative importance that in different ages has been attached to different virtues. Thus, for example, a Roman of the age of Pliny, an Englishman of the age of Henry VIII., and an Englishman of our own day, would all agree in regarding humanity as a virtue, and its opposite as a vice; but their judgments of the acts which are compatible with a humane disposition would be widely different. A humane man of the first period might derive a keen enjoyment from those gladiatorial games, which an Englishman, even in the days of the Tudors, would regard as atrociously barbarous; and this last would, in his turn, acquiesce in many sport which would now be emphatically condemned. And in addition to this change of standard, there is a continual change in the order of precedence which is given to virtues. Patriotism, chastity, charity, and humility are examples of virtues, each of which has in some ages been brought forward as of the most supreme and transcendent importance, and the very basis of a virtuous character, and in other ages been thrown into the background, and reckoned among the minor graces of a noble life. The heroic virtues, the amiable virtues, and what are called more especially the religious virtues, form distinct groups, to which, in different periods, different degrees of prominence have been assigned; and the nature, causes, and consequences of these changes in the moral type are among the most important branches of history. In estimating, however, the moral condition of an age, it is not sufficient to examine the ideal of moralists. It is necessary also to enquire how far that ideal has been realised among the people. The corruption of a nation is often reflected in the indulgent and selfish ethics of its teachers; but it sometimes produces a reaction, and impels the moralist to an asceticism which is the extreme opposite of the prevailing spirit of society. The means which moral teachers possess of acting upon their fellows, vary greatly in their nature and efficacy, and the age of the highest moral teaching is often not that of the highest general level of practice. Sometimes we find a kind of aristocracy of virtue, exhibiting the most refined excellence in their teaching and in their actions, but exercising scarcely any appreciable influence upon the mass of the community. Sometimes we find moralists of a much less heroic order, whose influence has permeated every section of society. In addition, therefore, to the type and standard of morals inculcated by the teachers, an historian must investigate the realised morals of the people.