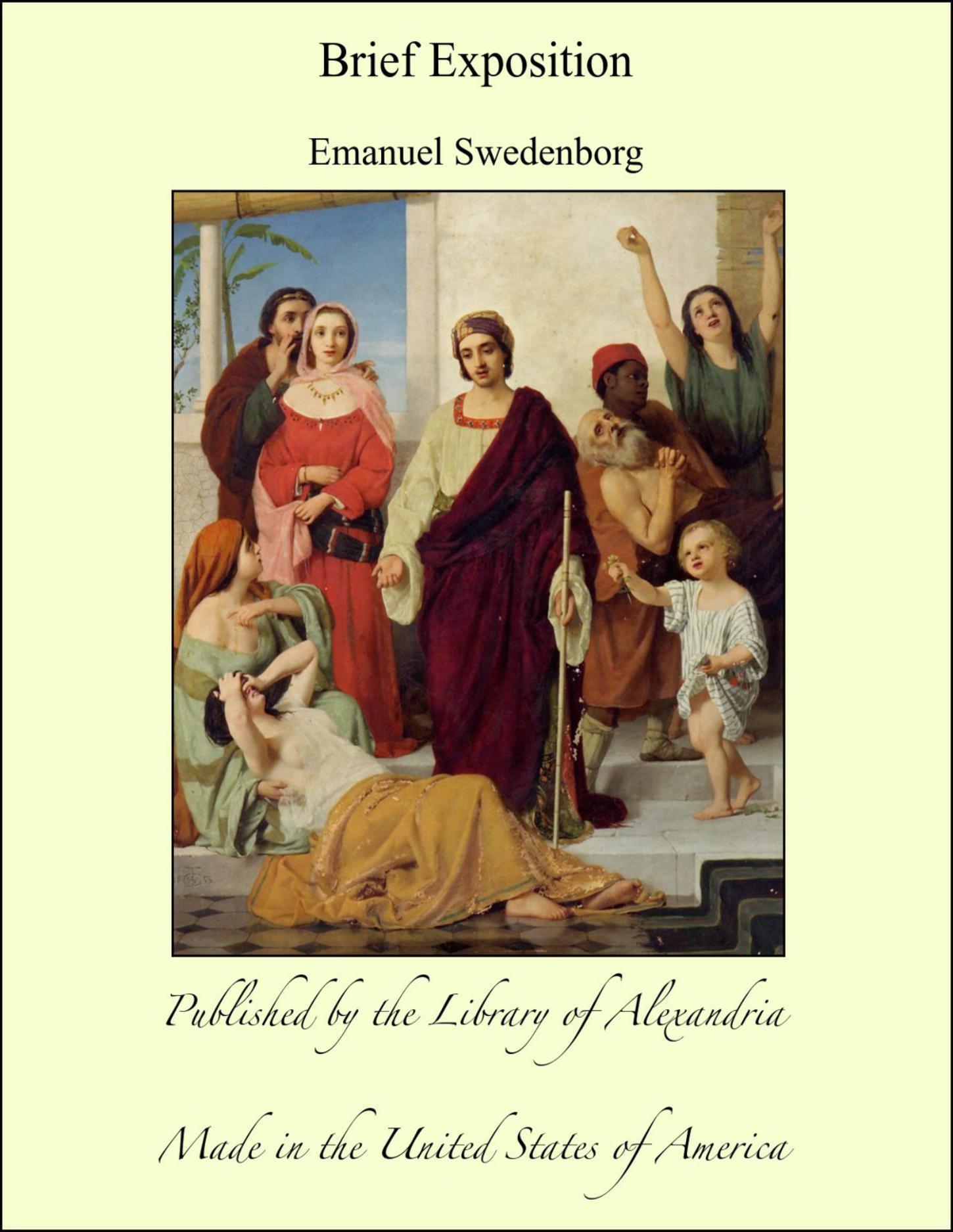 Several works and tracts having been published by me, during some years past, concerning the New Jerusalem, by which is meant the New Church about to be established by the Lord; and the book of Revelation having been revealed, I have come to a determination to bring to light the entire doctrine of that church in its fullness. But, as this is a work of some years, I have thought it advisable to draw up some sketch thereof, in order that a general idea may first be formed of that church and its doctrine; because when general principles precede, each and every thing will afterwards appear extant in its breadth in light, for these enter into generals, as things homogenous into their receptacles. This compendium, however, is not designed for critical examination, but is only offered to the world by way of information, as its contents will be fully demonstrated in the work itself. But the doctrinals at present maintained concerning justification shall be prefixed, that the following contrast between the doctrines of the present church, and those of the New Church, may be clearly understood.