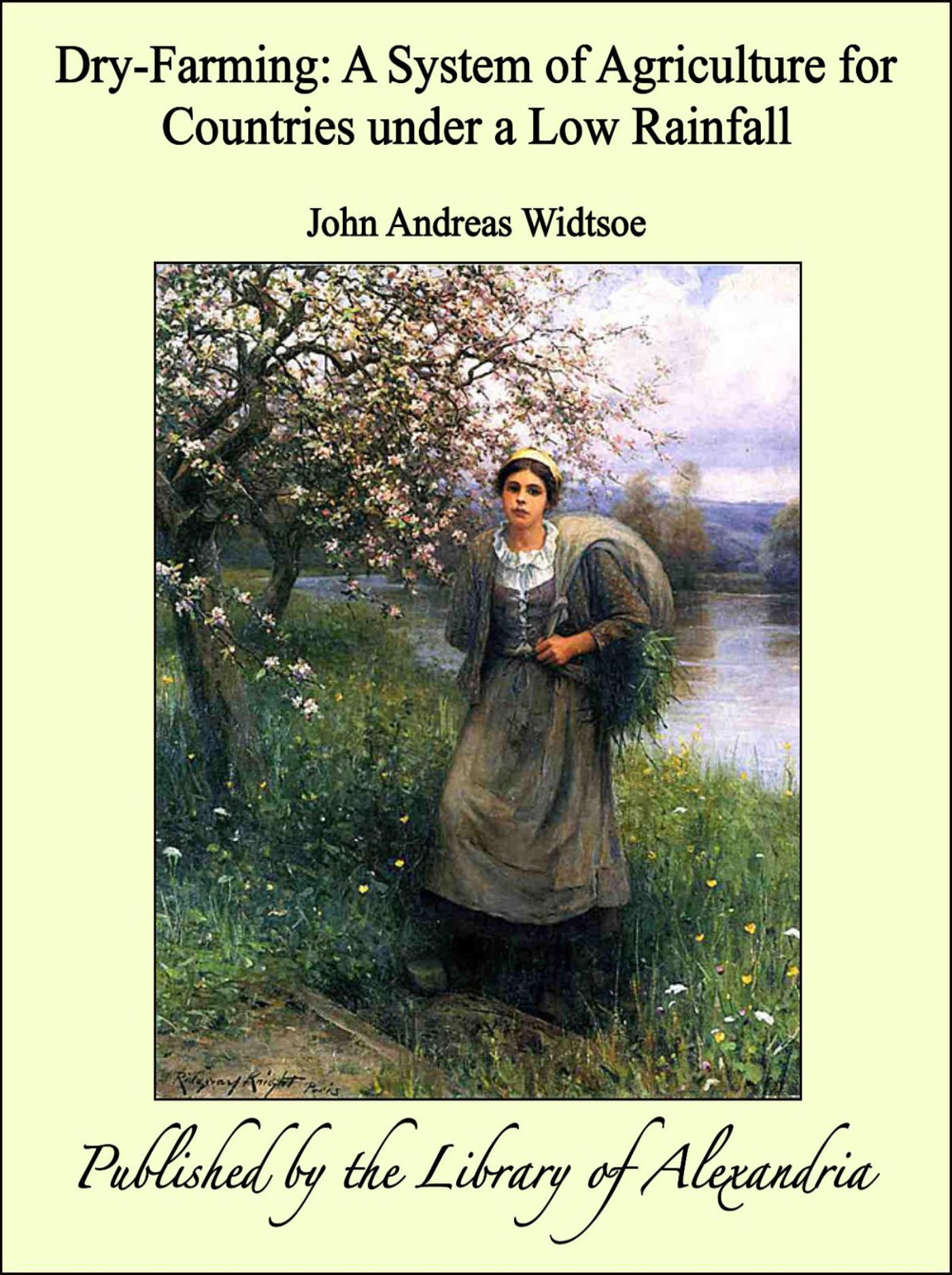 Dry-Farming:A System of Agriculture for Countries Under a Low Rainfall

A System of Agriculture for Countries Under a Low Rainfall

Nearly six tenths of the earth’s land surface receive an annual rainfall of less than twenty inches, and can be reclaimed for agricultural purposes only by irrigation and dry-farming. A perfected world-system of irrigation will convert about one tenth of this vast area into an incomparably fruitful garden, leaving about one half of the earth’s land surface to be reclaimed, if at all, by the methods of dry-farming. The noble system of modern agriculture has been constructed almost wholly in countries of abundant rainfall, and its applications are those demanded for the agricultural development of humid regions. Until recently irrigation was given scant attention, and dry-farming, with its world problem of conquering one half of the earth, was not considered. These facts furnish the apology for the writing of this book. One volume, only, in this world of many books, and that less than a year old, is devoted to the exposition of the accepted dry-farm practices of to-day. now offered is the first attempt to assemble and organize the known facts of science in their relation to the production of plants, without irrigation, in regions of limited rainfall. The needs of the actual farmer, who must understand the principles before his practices can be wholly satisfactory, have been kept in view primarily; but it is hoped that the enlarging group of dry-farm investigators will also be helped by this presentation of the principles of dry-farming. The subject is now growing so rapidly that there will soon be room for two classes of treatment: one for the farmer, and one for the technical student. This book has been written far from large libraries, and the material has been drawn from the available sources. Specific references are not given in the text, but the names of investigators or institutions are found with nearly all statements of fact. The files of the Experiment Station Record and Der Jahresbericht der Agrikultur Chemie have taken the place of the more desirable original publications. Free use has been made of the publications of the experiment stations and the United States Department of Agriculture. Inspiration and suggestions have been sought and found constantly in the works of the princes of American soil investigation, Hilgard of California and King of Wisconsin. I am under deep obligation, for assistance rendered, to numerous friends in all parts of the country, especially to Professor L. A. Merrill, with whom I have collaborated for many years in the study of the possibilities of dry-farming in Western America