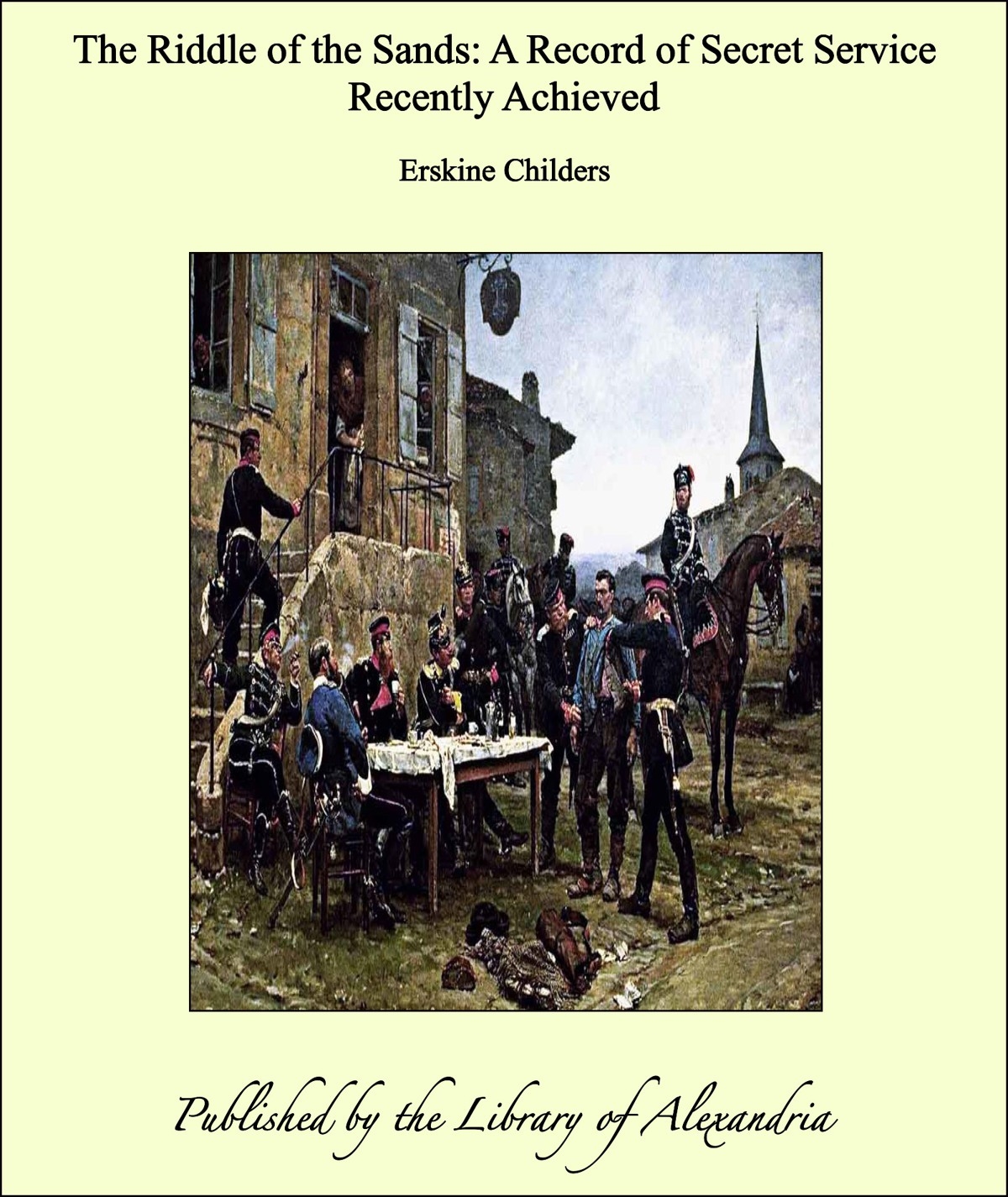 The Riddle of the Sands:A Record of Secret Service Recently Achieved

A WORD about the origin and authorship of this book. In October last (1902), my friend 'Carruthers' visited me in my chambers, and, under a provisional pledge of secrecy, told me frankly the whole of the adventure described in these pages. Till then I had only known as much as the rest of his friends, namely, that he had recently undergone experiences during a yachting cruise with a certain Mr 'Davies' which had left a deep mark on his character and habits. At the end of his narrative—which, from its bearing on studies and speculations of my own, as well as from its intrinsic interest and racy delivery, made a very deep impression on me—he added that the important facts discovered in the course of the cruise had, without a moment’s delay, been communicated to the proper authorities, who, after some dignified incredulity, due in part, perhaps, to the pitiful inadequacy of their own secret service, had, he believed, made use of them, to avert a great national danger. I say 'he believed', for though it was beyond question that the danger was averted for the time, it was doubtful whether they had stirred a foot to combat it, the secret discovered being of such a nature that mere suspicion of it on this side was likely to destroy its efficacy. There, however that may be, the matter rested for a while, as, for personal reasons which will be manifest to the reader, he and Mr 'Davies' expressly wished it to rest