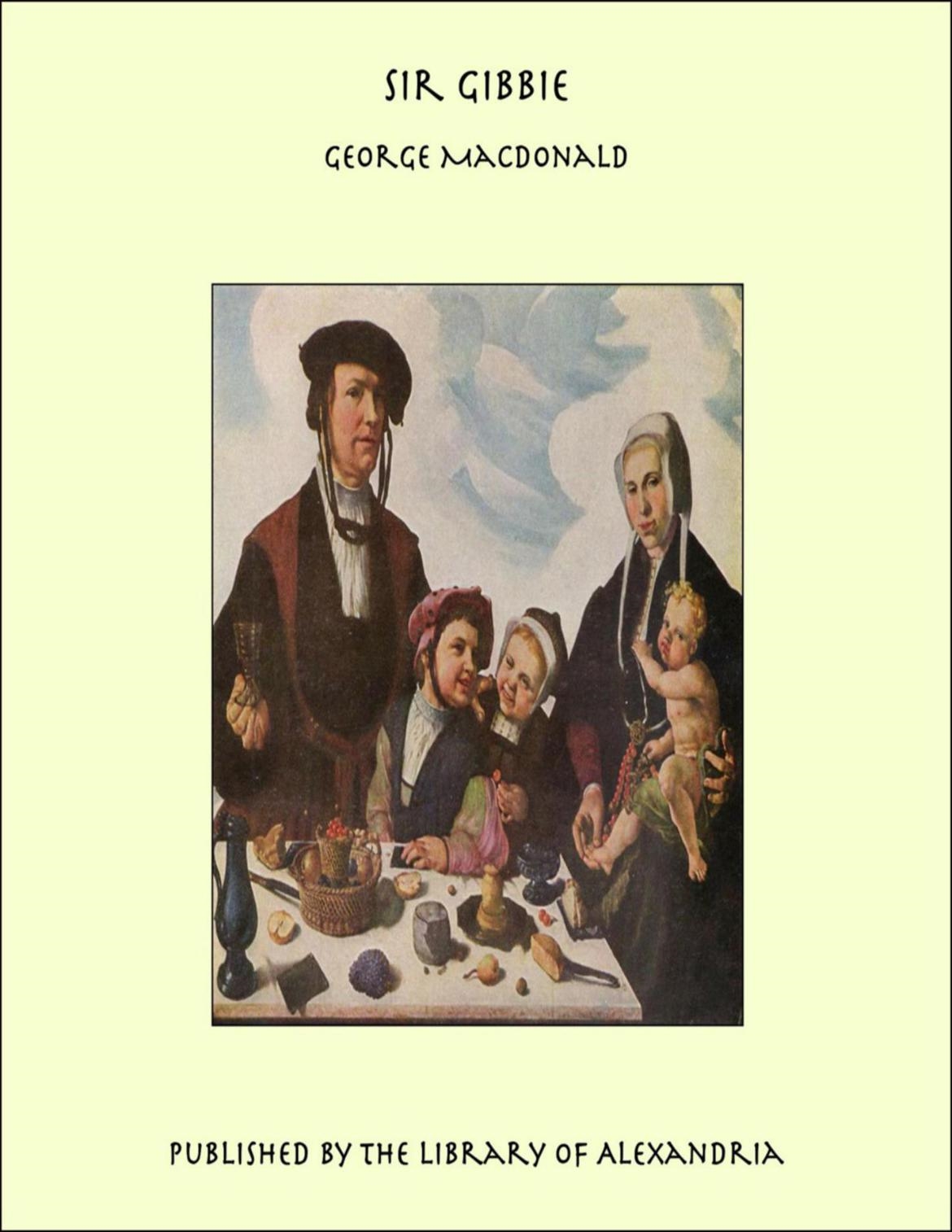 Come oot o' the gutter, ye nickum! cried, in harsh, half-masculine voice, a woman standing on the curbstone of a short, narrow, dirty lane, at right angles to an important thoroughfare, itself none of the widest or cleanest. She was dressed in dark petticoat and print wrapper. One of her shoes was down at the heel, and discovered a great hole in her stocking. Had her black hair been brushed and displayed, it would have revealed a thready glitter of grey, but all that was now visible of it was only two or three untidy tresses that dropped from under a cap of black net and green ribbons, which looked as if she had slept in it. Her face must have been handsome when it was young and fresh; but was now beginning to look tattooed, though whether the colour was from without or from within, it would have been hard to determine. Her black eyes looked resolute, almost fierce, above her straight, well-formed nose. Yet evidently circumstance clave fast to her. She had never risen above it, and was now plainly subjected to it. About thirty yards from her, on the farther side of the main street, and just opposite the mouth of the lane, a child, apparently about six, but in reality about eight, was down on his knees raking with both hands in the grey dirt of the kennel. At the woman’s cry he lifted his head, ceased his search, raised himself, but without getting up, and looked at her. They were notable eyes out of which he looked—of such a deep blue were they, and having such long lashes; but more notable far from their expression, the nature of which, although a certain witchery of confidence was at once discoverable, was not to be determined without the help of the whole face, whose diffused meaning seemed in them to deepen almost to speech. Whatever was at the heart of that expression, it was something that enticed question and might want investigation. The face as well as the eyes was lovely—not very clean, and not too regular for hope of a fine development, but chiefly remarkable from a general effect of something I can only call luminosity. The hair, which stuck out from his head in every direction, like a round fur cap, would have been of the red-gold kind, had it not been sunburned into a sort of human hay. An odd creature altogether the child appeared, as, shaking the gutter-drops from his little dirty hands, he gazed from his bare knees on the curbstone at the woman of rebuke. It was but for a moment. The next he was down, raking in the gutter again. The woman looked angry, and took a step forward; but the sound of a sharp imperative little bell behind her, made her turn at once, and re-enter the shop from which she had just issued, following a man whose pushing the door wider had set the bell ringing. Above the door was a small board, nearly square, upon which was painted in lead-colour on a black ground the words,