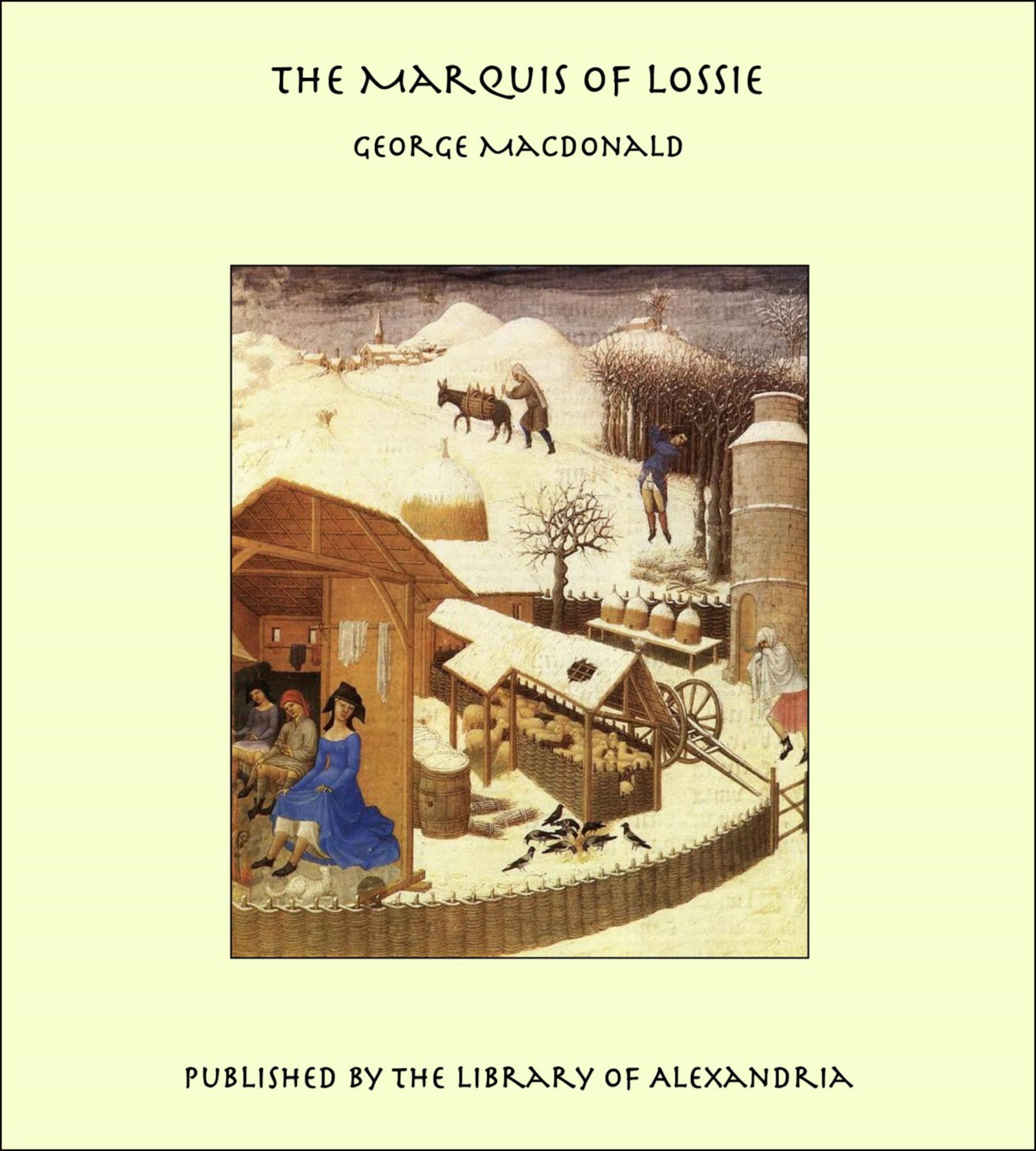 The Marquis of Lossie

THE STABLE YARD It was one of those exquisite days that come in every winter, in which it seems no longer the dead body, but the lovely ghost of summer. Such a day bears to its sister of the happier time something of the relation the marble statue bears to the living form; the sense it awakes of beauty is more abstract, more ethereal; it lifts the soul into a higher region than will summer day of lordliest splendour. It is like the love that loss has purified. Such, however, were not the thoughts that at the moment occupied the mind of Malcolm Colonsay. Indeed, the loveliness of the morning was but partially visible from the spot where he stood—-the stable yard of Lossie House, ancient and roughly paved. It was a hundred years since the stones had been last relaid and levelled: none of the horses of the late Marquis minded it but one—-her whom the young man in Highland dress was now grooming—-and she would have fidgeted had it been an oak floor. The yard was a long and wide space, with two storied buildings on all sides of it. In the centre of one of them rose the clock, and the morning sun shone red on its tarnished gold. It was an ancient clock, but still capable of keeping good time—-good enough, at least, for all the requirements of the house, even when the family was at home, seeing it never stopped, and the church clock was always ordered by it. It not only set the time, but seemed also to set the fashion of the place, for the whole aspect of it was one of wholesome, weather beaten, time worn existence. One of the good things that accompany good blood is that its possessor does not much mind a shabby coat. Tarnish and lichens and water wearing, a wavy house ridge, and a few families of worms in the wainscot do not annoy the marquis as they do the city man who has just bought a little place in the country. When an old family ceases to go lovingly with nature, I see no reason why it should go any longer. An old tree is venerable, and an old picture precious to the soul, but an old house, on which has been laid none but loving and respectful hands, is dear to the very heart. Even an old barn door, with the carved initials of hinds and maidens of vanished centuries, has a place of honour in the cabinet of the poet’s brain. It was centuries since Lossie House had begun to grow shabby—-and beautiful; and he to whom it now belonged was not one to discard the reverend for the neat, or let the vanity of possession interfere with the grandeur of inheritance. Beneath the tarnished gold of the clock, flushed with the red winter sun, he was at this moment grooming the coat of a powerful black mare. That he had not been brought up a groom was pretty evident from the fact that he was not hissing; but that he was Marquis of Lossie there was nothing about him to show. The mare looked dangerous. Every now and then she cast back a white glance of the one visible eye. But the youth was on his guard, and as wary as fearless in his handling of her. When at length he had finished the toilet which her restlessness—-for her four feet were never all still at once upon the stones—-had considerably protracted, he took from his pocket a lump of sugar, and held it for her to bite at with her angry looking teeth