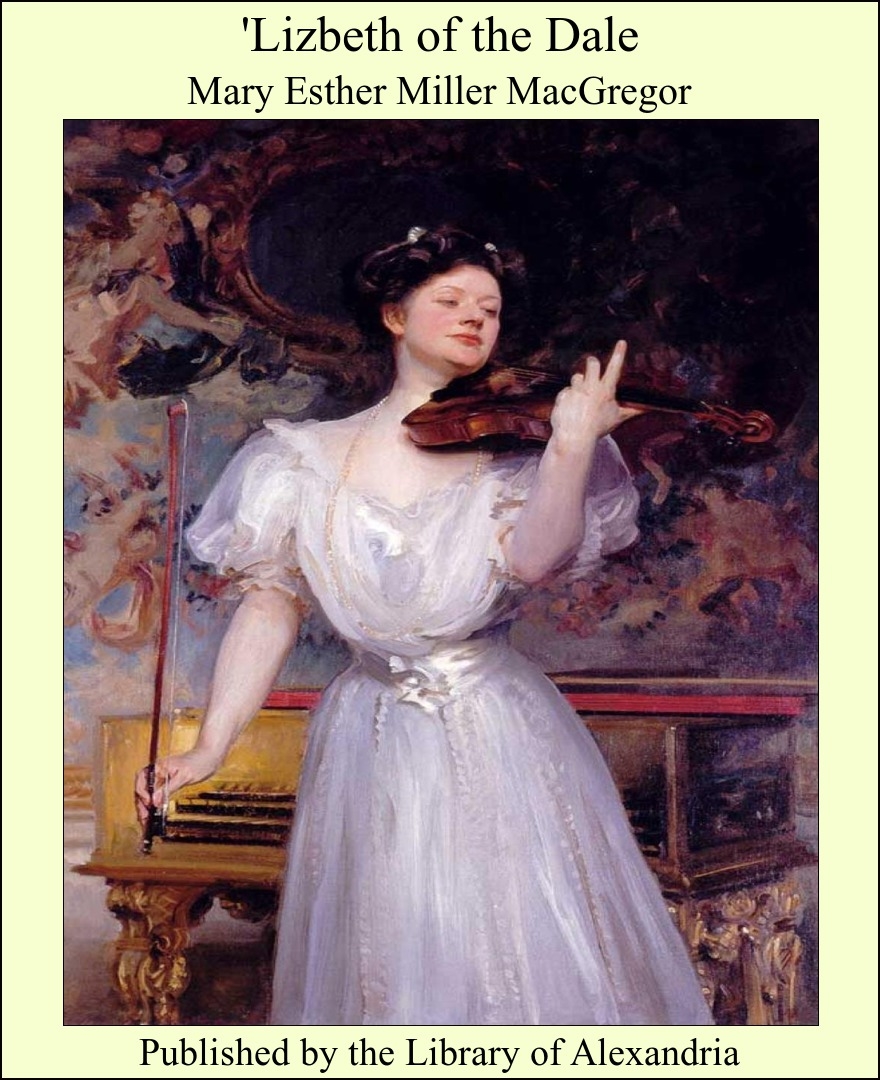 'Lizbeth of the Dale

THE GAY GORDONS On the side porch of the gray stone house sat Miss Gordon, steadily darning at the eight pairs of stockings belonging to her eight nephews and nieces. The strenuous task of being foster-mother to the eight had long ago taught Miss Gordon the necessity of doing two things at once. At the present moment she was attending to three beside the darning, and had chosen her position with an eye to their accomplishment. Here, where the Virginia creepers shaded her from the afternoon sun, she was near enough to the wall enclosing the backyard to mark that the Saturday raking and tidying of that battleground of the young Gordons suffered no serious interruption. Also, she could watch that little Jamie, tumbling about the grass in front of her, did not stray away to the pond. And, best of all, she commanded a view of the lane leading up to the highway, for a girl in a blue cotton gown and a big white hat was moving up the path to the gate between the willows, and Miss Gordon had awakened to the fact that her eldest niece needed watching. Miss Annie had remarked a moment before, that she thought she might as well run up to the gate and see if Jerry Patterson, the mailman, was at the post-office yet; and besides, it was time Malcolm and Jean were home from the store, and she might help to carry their parcels; and, anyway, she had nothing to do, because it wasn't time to get the tea ready yet. Miss Gordon would not have stooped to quote Shakespeare, considering him very irreligious and sometimes quite indelicate, and having forbidden the reading of him in the Gordon family. Nevertheless the unspoken thought of her mind was his—that the lady did protest too much. Of the eight, Annie was her aunt’s favorite. She was pretty and gentle and had caused Miss Gordon less trouble during the four years she had been head of her brother’s house, than John or Elizabeth had frequently contributed in one day. But lately it seemed as though her greatest comfort bade fair to become her greatest anxiety. For Annie had suddenly grown up. The fact had been startlingly revealed by the strange actions of young Mr. Coulson, the school-teacher, who was probably at this moment walking across the fields towards the big gate between the willows