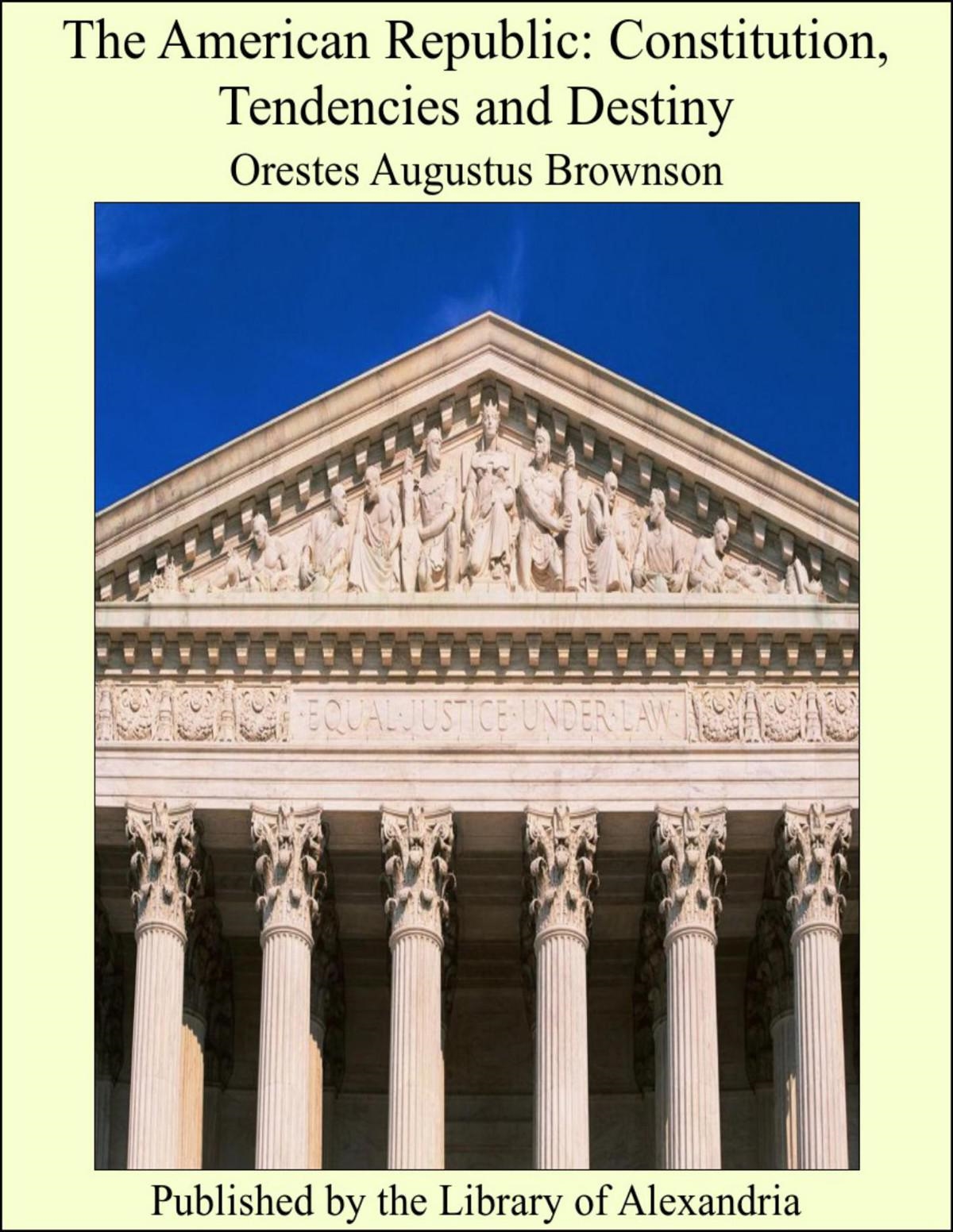 The American Republic:Constitution, Tendencies and Destiny

In the volume which, with much diffidence, is here offered to the public, I have given, as far as I have considered it worth giving, my whole thought in a connected form on the nature, necessity, extent, authority, origin, ground, and constitution of government, and the unity, nationality, constitution, tendencies, and destiny of the American Republic. Many of the points treated have been from time to time discussed or touched upon, and many of the views have been presented, in my previous writings; but this work is newly and independently written from beginning to end, and is as complete on the topics treated as I have been able to make it. I have taken nothing bodily from my previous essays, but I have used their thoughts as far as I have judged them sound and they came within the scope of my present work. I have not felt myself bound to adhere to my own past thoughts or expressions any farther than they coincide with my present convictions, and I have written as freely and as independently as if I had never written or published any thing before. I have never been the slave of my own past, and truth has always been dearer to me than my own opinions. This work is not only my latest, but will be my last on politics or government, and must be taken as the authentic, and the only authentic statement of my political views and convictions, and whatever in any of my previous writings conflicts with the principles defended in its pages, must be regarded as retracted, and rejected. The work now produced is based on scientific principles; but it is an essay rather than a scientific treatise, and even good-natured critics will, no doubt, pronounce it an article or a series of articles designed for a review, rather than a book. It is hard to overcome the habits of a lifetime. I have taken some pains to exchange the reviewer for the author, but am fully conscious that I have not succeeded. My work can lay claim to very little artistic merit. It is full of repetitions; the same thought is frequently recurring,—the result, to some extent, no doubt, of carelessness and the want of artistic skill; but to a greater extent, I fear, of