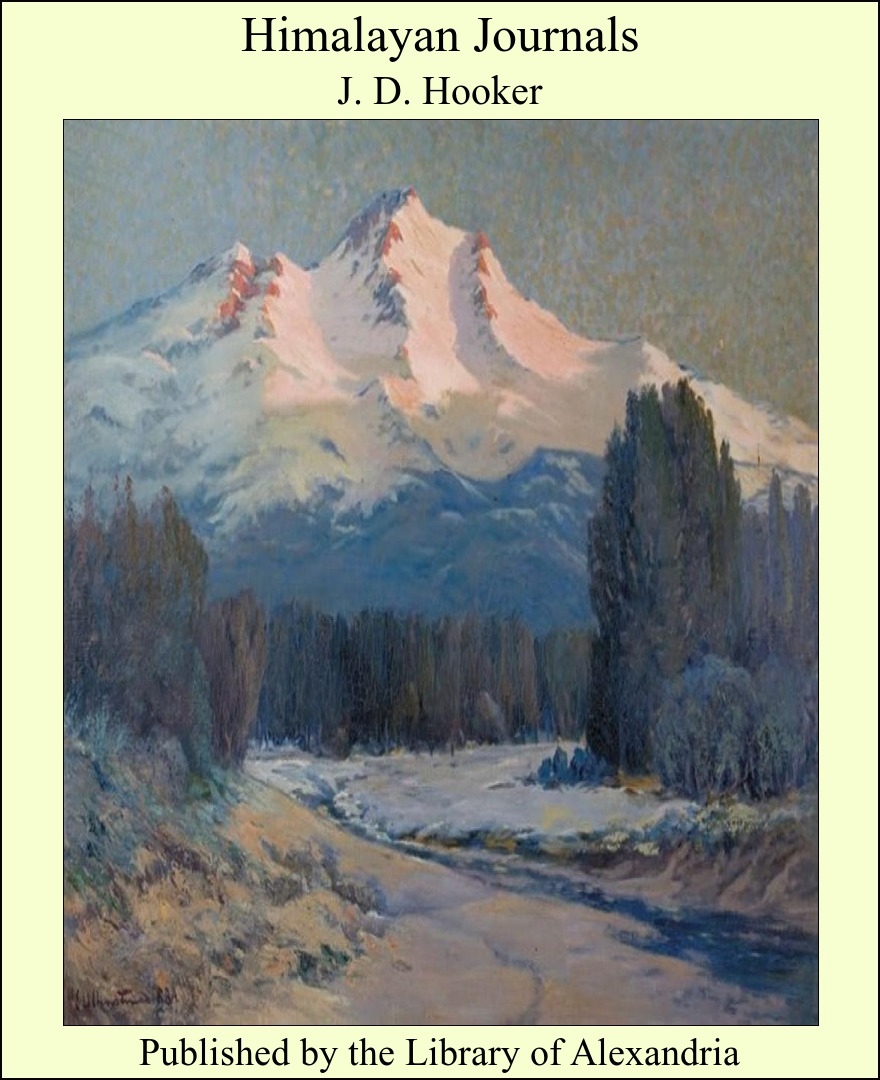 HAVING accompanied Sir James Boss on his voyage of discovery to the Antarctic regions, where botany was my chief pursuit, on my return I earnestly desired to add to my acquaintance with the natural history of the temperate zones, more knowledge of that of the tropics than I bad hitherto had the opportunity of acquiring. My choice lay between India and the Andes, and I decided upon the former, being principally influenced by Dr. Falconer, who promised me every assistance which his position as Superintendent of the H.E.I.C. Botanic Garden at Calcutta, would enable hum to give. He also drew my attention to the fact that we were ignorant even of the geography of the central and eastern parts of these mountains, while all to the north was involved in a mystery equally attractive to the traveller and the naturalist. On hearing of the kind interest taken by Baron Humboldt in my proposed travels, and at the request of my father (Sir William Hooker), the Earl of Carlisle (then Chief Commissioner of Woods and Forests) undertook to represent to Her Majesty’s Government the expediency of securing my collections for the Royal Gardens at Kew; and owing to the generous exertions of that nobleman, and of the late Earl of Auckland (then First Lord of the Admiralty), my journey assumed the character of a Government mission, £400 per annum being granted by the Treasury for two years. I did not contemplate proceeding beyond the Himalaya and Tibet, when Lord Auckland desired that I should afterwards visit Borneo, for the purpose of reporting on the capabilities of Labuan, with reference to the cultivation of cotton, tobacco, sugar, indigo, spices, guttapercha, etc. To this end a commission in the navy (to which service I was already attached) was given me, such instructions were drawn up as might facilitate my movements in the East, and a suitable sum of money was placed at my disposal