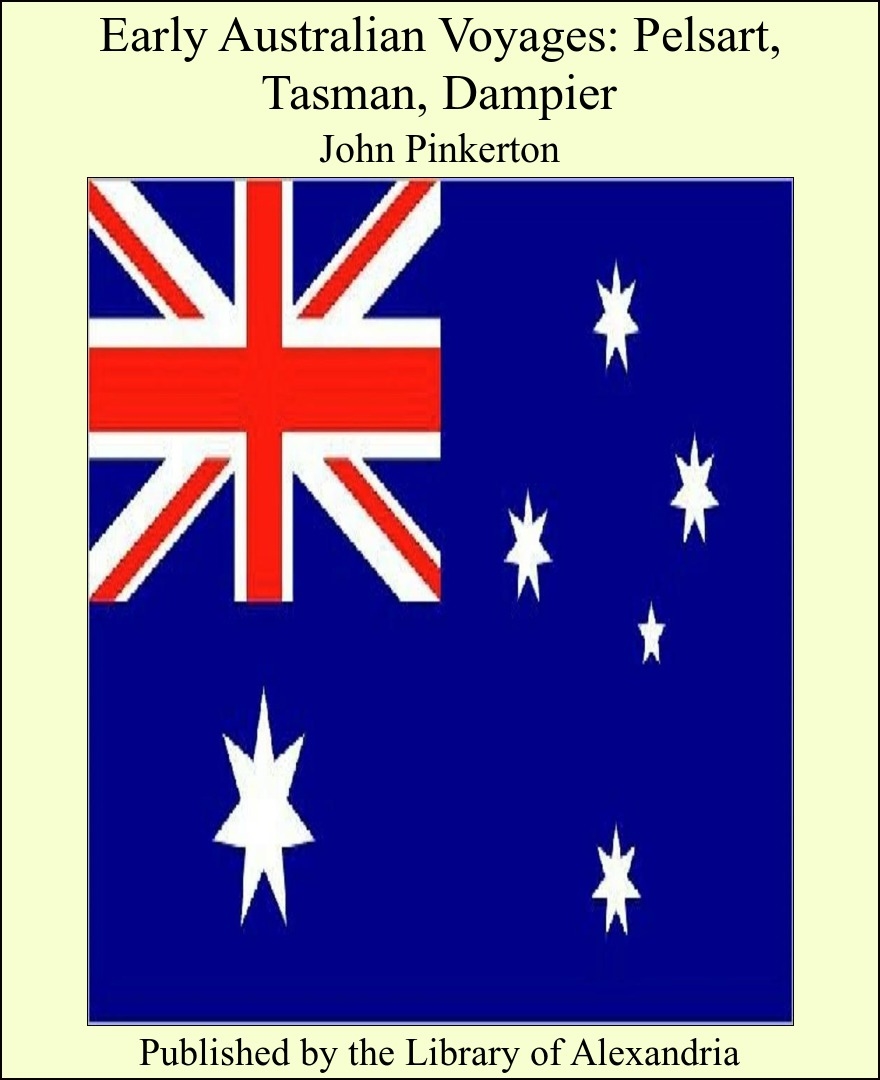 In the days of Plato, imagination found its way, before the mariners, to a new world across the Atlantic, and fabled an Atlantis where America now stands. In the days of Francis Bacon, imagination of the English found its way to the great Southern Continent before the Portuguese or Dutch sailors had sight of it, and it was the home of those wise students of God and nature to whom Bacon gave his New Atlantis. The discoveries of America date from the close of the fifteenth century. The discoveries of Australia date only from the beginning of the seventeenth. The discoveries of the Dutch were little known in England before the time of Dampier’s voyage, at the close of the seventeenth century, with which this volume ends. The name of New Holland, first given by the Dutch to the land they discovered on the north-west coast, then extended to the continent and was since changed to Australia. During the eighteenth century exploration was continued by the English. The good report of Captain Cook caused the first British settlement to be made at Port Jackson, in 1788, not quite a hundred years ago, and the foundations were then laid of the settlement of New South Wales, or Sydney. It was at first a penal colony, and its Botany Bay was a name of terror to offenders. Western Australia, or Swan River, was first settled as a free colony in 1829, but afterwards used also as a penal settlement; South Australia, which has Adelaide for its capital, was first established in 1834, and colonised in 1836; Victoria, with Melbourne for its capital, known until 1851 as the Port Philip District, and a dependency of New South Wales, was first colonised in 1835. It received in 1851 its present name. Queensland, formerly known as the Moreton Bay District, was established as late as 1859. A settlement of North Australia was tried in 1838, and has since been abandoned. On the Other side of Bass’s Straits, the island of Van Diemen’s Land, was named Tasmania, and established as a penal colony in 1803. Advance, Australia! The scattered handfuls of people have become a nation, one with us in race, and character, and worthiness of aim. These little volumes will, in course of time, include many aids to a knowledge of the shaping of the nations. There will be later records of Australia than these which tell of the old Dutch explorers, and of the first real awakening of England to a knowledge of Australia by Dampier’s voyage. The great Australian continent is 2,500 miles long from east to west, and 1,960 miles in its greatest breadth. Its climates are therefore various. The northern half lies chiefly within the tropics, and at Melbourne snow is seldom seen except upon the hills. The separation of Australia by wide seas from Europe, Asia, Africa, and America, gives it animals and plants peculiarly its own. It has been said that of 5,710 plants discovered, 5,440 are peculiar to that continent. The kangaroo also is proper to Australia, and there are Other animals of like kind. Of 58 species of quadruped found in Australia, 46 were peculiar to it. Sheep and cattle that abound there now were introduced from Europe. From eight merino sheep introduced in 1793 by a settler named McArthur, there has been multiplication into millions, and the food-store of the Old World begins to be replenished by Australian mutton