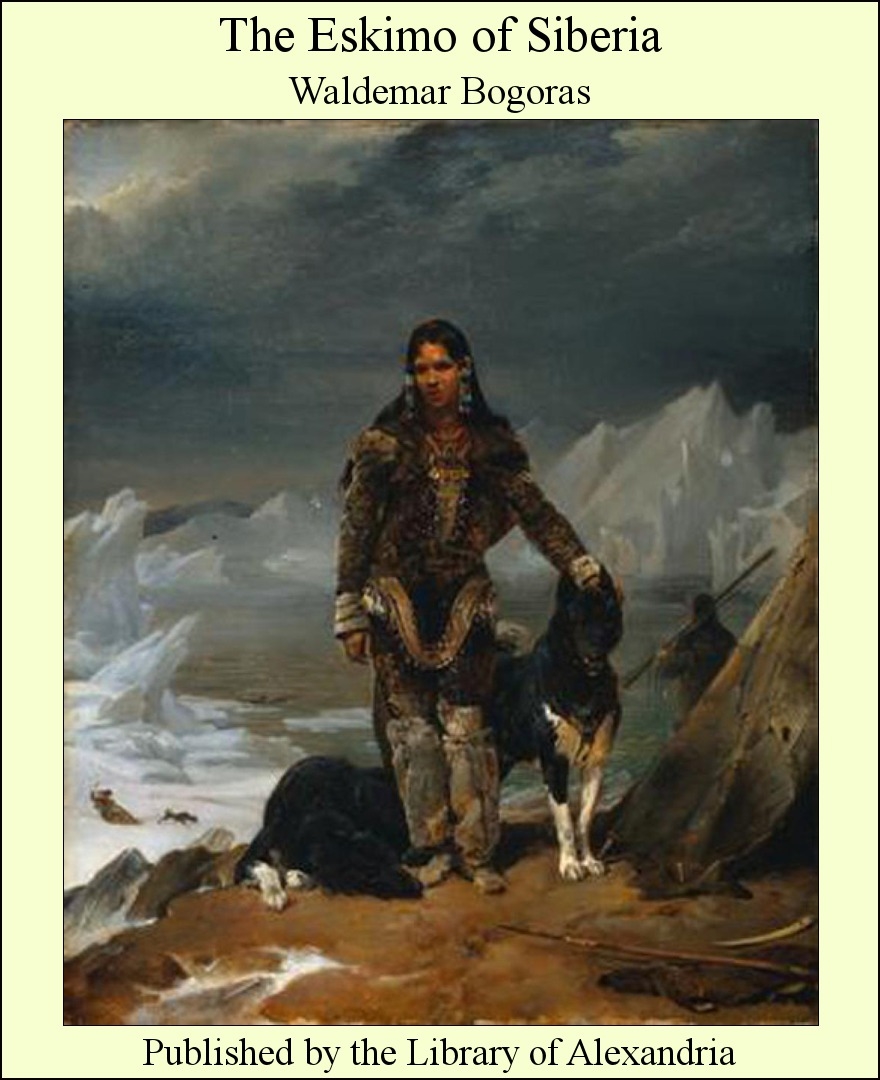 The Eskimo of Siberia

FOLK-TALES. 1. The Dead Bride. There lived a man in the land of Ku’ne, right opposite the island Ima’lik (one of the Diomede Islands). One day he was going to perform the thanksgiving ceremonial, because he was a good sea-hunter, had killed many whales, and fed all his neighbors. So he prepared everything in his house. He placed the tips of whale-flippers upon a skin. Then all at once a thong-seal jumped out of the water-hole upon the ice. The village stood high up on the cape, and people were walking along the shore on either side of it. That man had on neither cap nor belt, because he was changing his clothes for the ceremonial. He rushed down to the water-hole just as he stood. When he was quite close, the thong-seal plunged into the hole, and in a few moments jumped out of anOther hole. This was one of its breathing-holes. The man pursued it. The thong-seal turned to still anOther hole, and plunged down. The man stood close by the hole, watching for it to come up. When he looked down into the water, he saw a woman’s face,— the face of a daughter of an American Eskimo. Her father was a rich trader. She had died, and had been carried away to the funeral-place. After the funeral, she had left her grave to get a husband