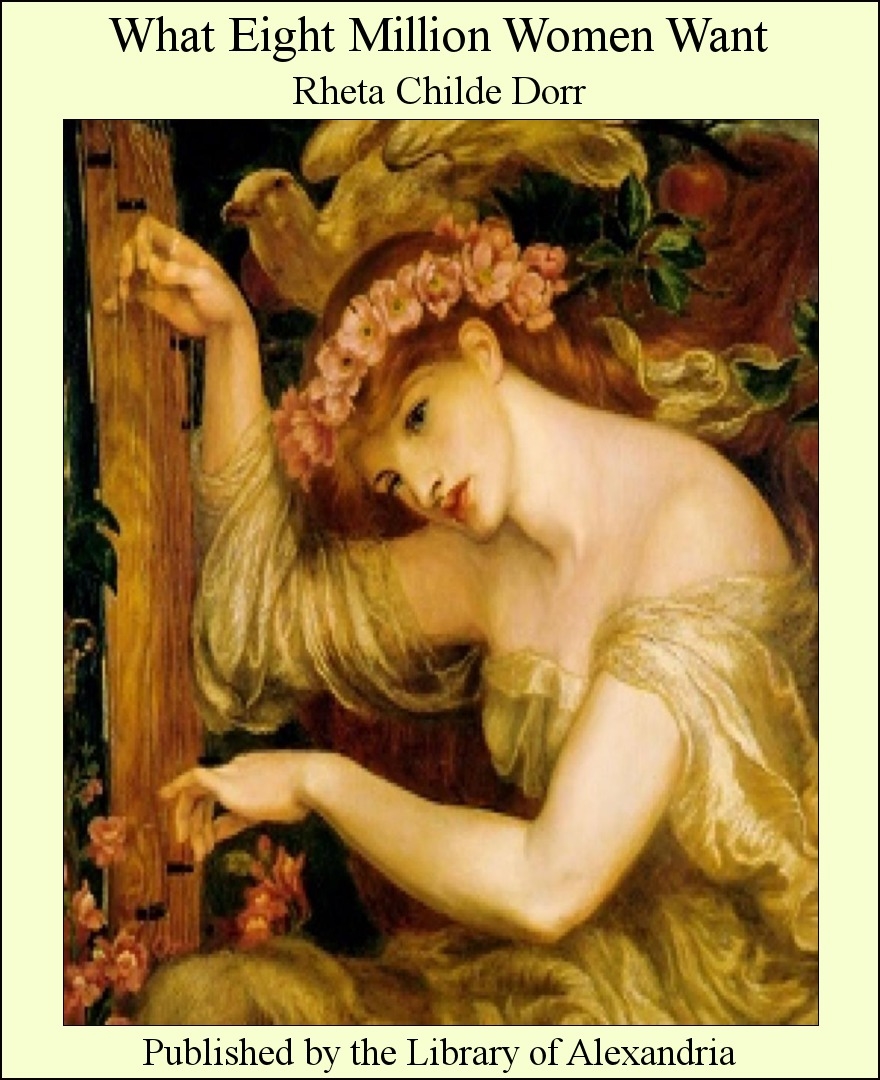 I offer no apology. I have had it pointed out, not altogether facetiously, that it is impossible to determine with accuracy what one woman, much less what any number of women, wants. I sympathize with the first half of the tradition. The desires, that is to say, the ideals, of an individual, man or woman, are not always easy to determine. The individual is complex and exceedingly prone to variation. The mass alone is consistent. The ideals of the mass of women are wrapped in mystery simply because no one has cared enough about them to inquire what they are. Men, ardently, eternally, interested in Woman—one woman at a time—are almost never even faintly interested in women. Strangely, deliberately ignorant of women, they argue that their ignorance is justified by an innate unknowableness of the sex. I am persuaded that the time is at hand when this sentimental, half contemptuous attitude of half the population towards the other half will have to be abandoned. I believe that the time has arrived when self-interest, if other motive be lacking, will compel society to examine the ideals of women. In support of this opinion I ask you to consider three facts, each one of which is so patent that it requires no argument. The Census of 1900 reported nearly six million women in the United States engaged in wage earning outside their homes. Between 1890 and 1900 the number of women in industry increased faster than the number of men in industry. It increased faster than the birth rate. The number of women wage earners at the present date can only be estimated. Nine million would be a conservative guess. Nine million women who have forsaken the traditions of the hearth and are competing with men in the world of paid labor, means that women are rapidly passing from the domestic control of their fathers and their husbands. Surely this is the most important economic fact in the world to-day