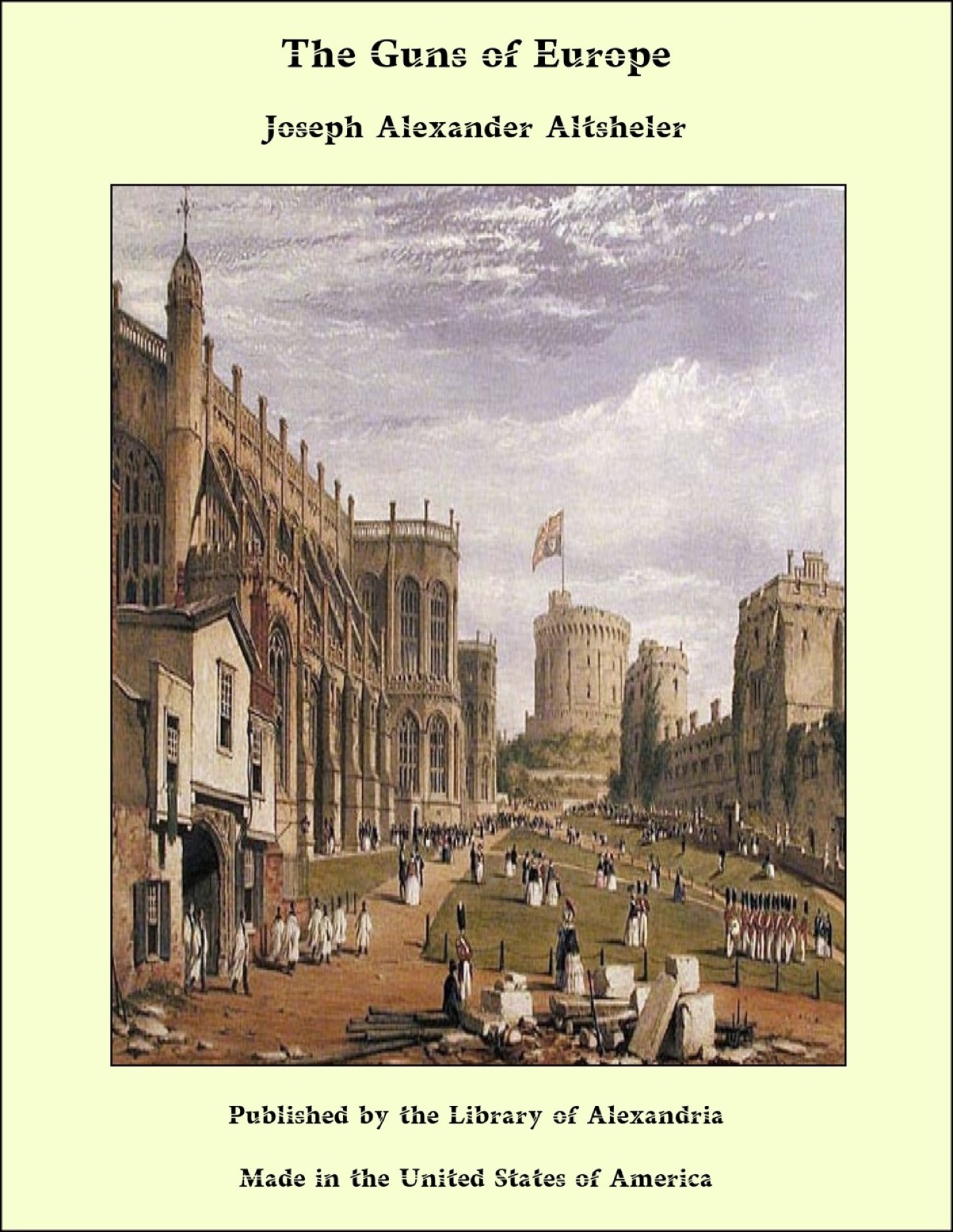 The Guns of Europe

John turned a little to the left, going nearer to the window, where he could gain a better view of the Madonna, which he had heard so often was the most famous picture in the world. He was no technical judge of painting—he was far too young for such knowledge—but he always considered the effect of the whole upon himself, and he was satisfied with that method, feeling perhaps that he gained more from it than if he had been able to tear the master-work to pieces, merely in order to see how Raphael had made it. "Note well, John, that this is the Sistine Madonna," began William Anson in his didactic, tutorial tone. "Observe the wonderful expression upon the face of the Holy Mother. Look now at the cherubs gazing up into the blue vault, in which the Madonna like an angel is poised. Behold the sublime artist's mastery of every detail. There are those who hold that the Madonna della Sedia at Florence is its equal in beauty and greatness, but I do not agree with them. To me the Sistine Madonna is always first. Centuries ago, even, its full worth was appreciated. It brought a great price at——" The rest of his speech trailed off into nothingness. John had impatiently moved further away, and had deliberately closed his ear also to any dying sounds of oratory that might reach him. He had his own method of seeing the wonders of the Old World. He was interested or he was not. It was to him a state of mind, atmospheric in a way. He liked to breathe it in, and the rattle of a guide or tutor's lecture nearly always broke the spell. Anxious that Mr. Anson should not have any further chance to mar his pleasure he moved yet closer to the great window from which came nearly all the light that fell upon the Sistine Madonna. There he stood almost in the center of the beams and gazed upon the illumined face, which spoke only of peace upon earth and good will. He was moved deeply, although there was no sign of it in his quiet eyes. He did not object to emotion and to its vivid expression in others, but his shy nature, feeling the need of a defensive armor, rejected it for himself. It was a brighter day than the changeful climate of Dresden and the valley of the Elbe usually offered. The sunshine came in a great golden bar through the window and glowed over the wonderful painting which had stood the test of time and the critics. He had liked the good, gray city sitting beside its fine river. It had seemed friendly and kind to him, having in it the quality of home, something almost American in its simplicity and lack of caste.