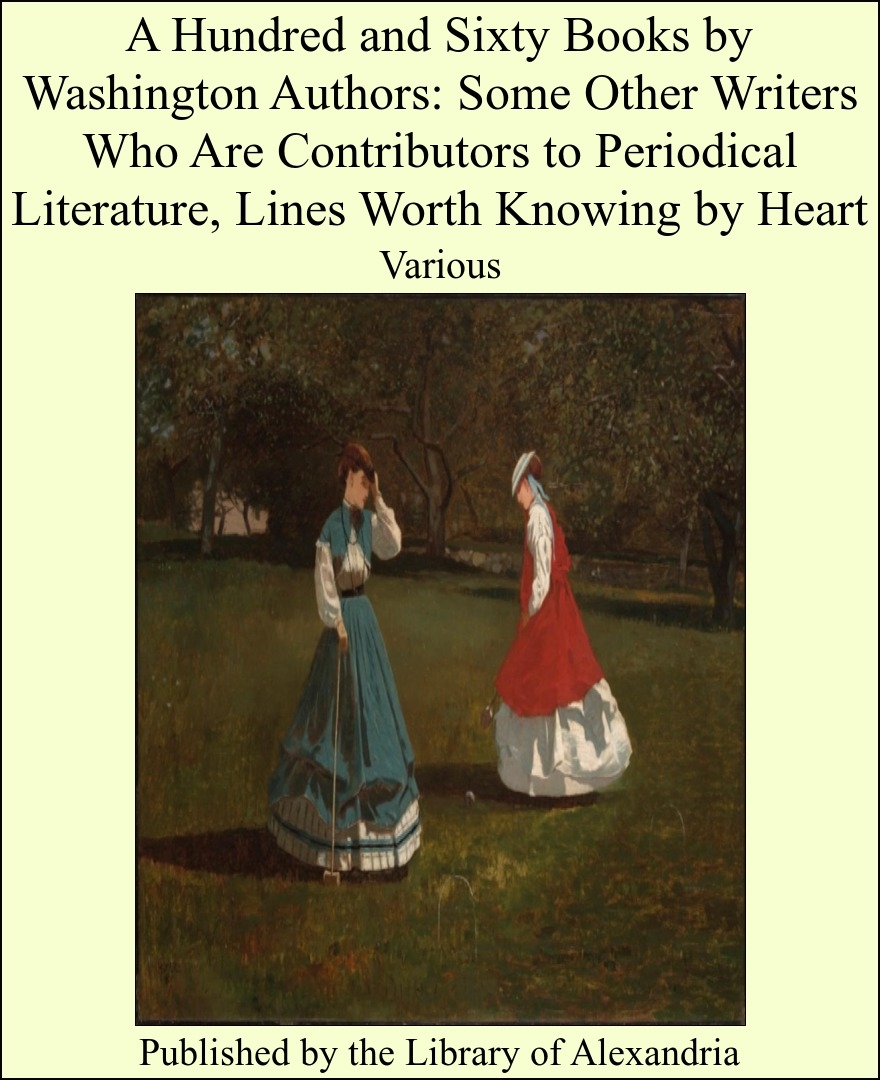 A Hundred and Sixty Books by Washington Authors:Some Other Writers Who Are Contributors to Periodical Literature, Lines Worth Knowing by Heart

Some Other Writers Who Are Contributors to Periodical Literature, Lines Worth Knowing by Heart

Our state literature is strongest in local lines. First in early history and narration of personal adventure. Fortunately our most important histories are written by men who have long been residents. Meany, Lyman, Durham, Snowden and Bagley have themselves been a part of the story and have learned much at first-hand. Their pages have a flavor of personal interest which some histories lack. The adventures of today become the history of tomorrow. Even the most commonplace narration of experience in a new country has its value. Those original documents, whether diary, letters, memoir or autobiography are the delight of one who has the true historian’s instinct. The mythology of the tribes that eighty years ago held possession of this territory is native romance, a literary asset which has been well developed. Lyman has collected the myths and legends of the peoples on the Columbia. Williams tells those that cluster about Mount Rainier. Meany, Curtis and Other historians have enlivened their text by these romances and Miss Judson has made the field her own. A second treasure supply of the state lies in its natural wonders and beauties. What Other state can boast of charms so varied? No Other country has scenery surpassing in grandeur our mountains and forests, or more beautiful than our inland sea with its emerald shores and islands