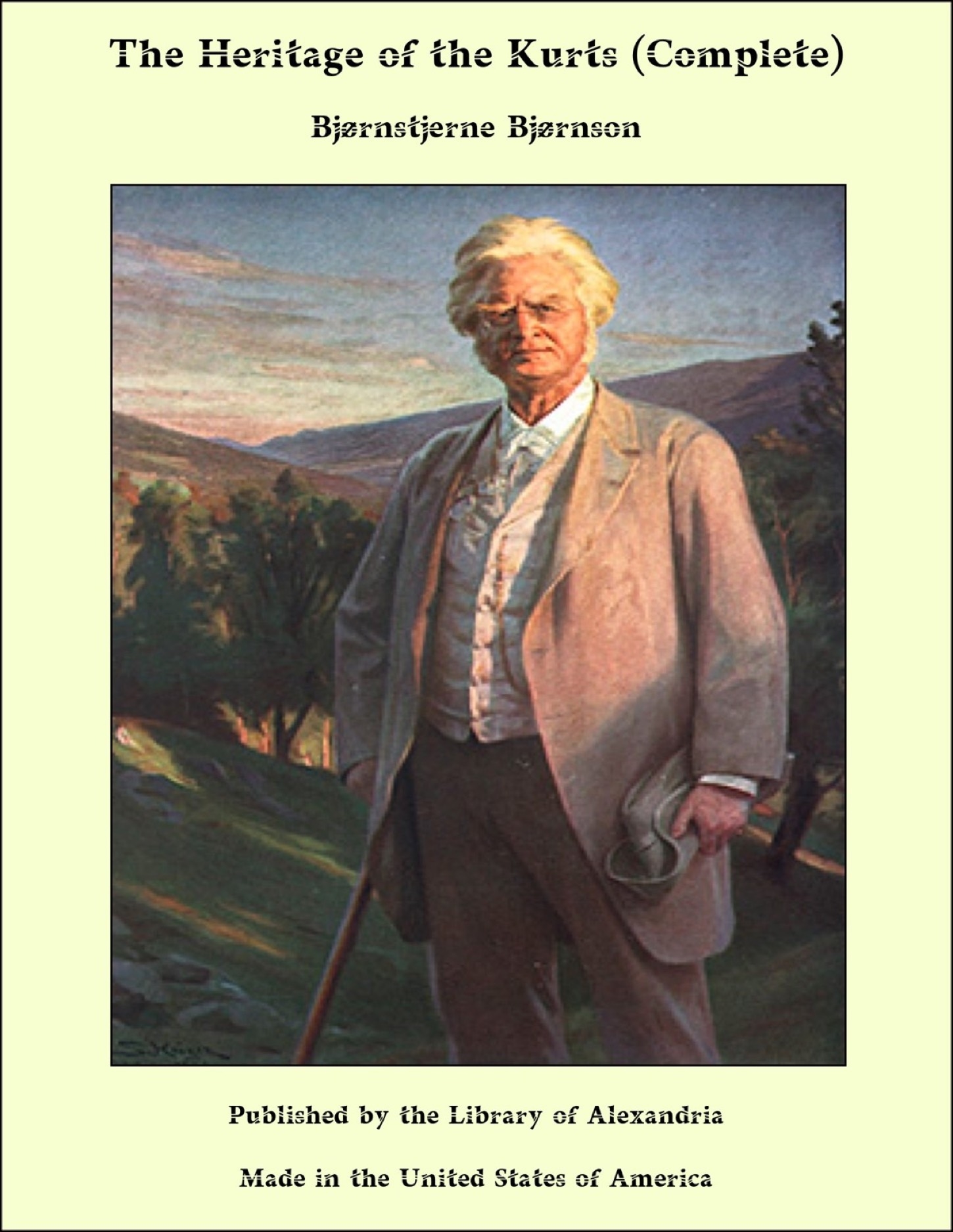 The Heritage of the Kurts (Complete)

The Estate had probably been acquired by the strong hand, as indeed most domains have been in all countries and at all times; but what proportion forced marriages and fair bargains bore to actual guile, fraud, and such base means, we can no longer determine. Two hundred years ago it was an immense possession, the home farm stood then as now on the woody mountain slopes overlooking the town, the whole of which can be seen from there; both the old town on this side of the harbour, and the new one out by the point. This point shelters the harbour from the sea, but is not itself absolutely exposed to it, for islands and skerries lie beyond it, and between them the two entrances, the North and West Sounds. All this is to be seen from "The Estate," and far out to sea as well. Farther away to the right is the river between whose clayey banks the foaming mass pours down into the harbour. At one time this river and all the works at its mouth belonged to "The Estate," as well as the site of the town, the islands, and the coast on either side; and farther on, the lower lands and woods down to the channel of the river. Such was "The Estate" two hundred years ago. Its principal building is a large brick house from which rises a squat clumsy tower; it has a long wing on the right hand, but curiously enough none on the left; behind are a number of old stone buildings serving as stables, cow-houses, and the like, besides servants' quarters. The great stairway up to the house, a perfect mountain of stone slabs, for it is of immense size, is of semicircular form, having steps round the whole circuit. From it a noble avenue leads down to the town market-place, and on each side of it runs a stone park-wall which almost reaches as far as the market; on the other sides of both the walls lies the garden, which is cut in two by the avenue. Open fields lie on both sides and likewise between the gardens and the town.