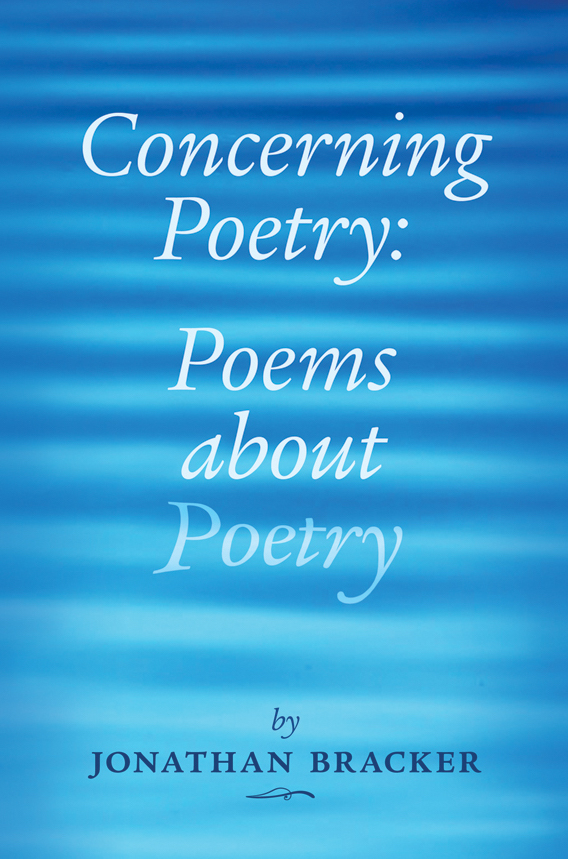 These lyric poems concern poetry as a medium that transforms the daily world. Bracker invokes the works of other poets that enrich and translate his experience; his own pen powers associations that stitch biographical and sensory episodes into a spreading, bright veil of questions and freshly-discovered beauty to study.

Born in New York City in 1936, Jonathan Bracker grew up in Louisiana and Texas, attended the University of Texas in Austin, and taught English at colleges and universities in Texas, Pennsylvania, Indiana and California; and on U. S. Navy ships at sea for P.A.C.E. {Program For Afloat College Education) ¨C one of his collections of poetry is Civilian Aboard U. S. Navy Ship At Sea (Seven Kitchens Press, 2011). His poems have appeared in The New Yorker, Poetry Northwest, Writer's Digest and other periodicals, in small press anthologies, and in six collections. The most recent is This Day (WordTech Press: 2015). Bracker is the editor of Bright Cages: The Selected Poems Of Christopher Morley (University of Pennsylvania Press: 1965), co-author with Mark Wallach of Christopher Morley (Twayne Press: 1976), and editor of A Little Patch Of Shepherd's-Thyme: Prose Passages Of Thomas Hardy Arranged As Verse (Moving Finger Press: 2013). Since 1973, Bracker has lived in San Francisco.