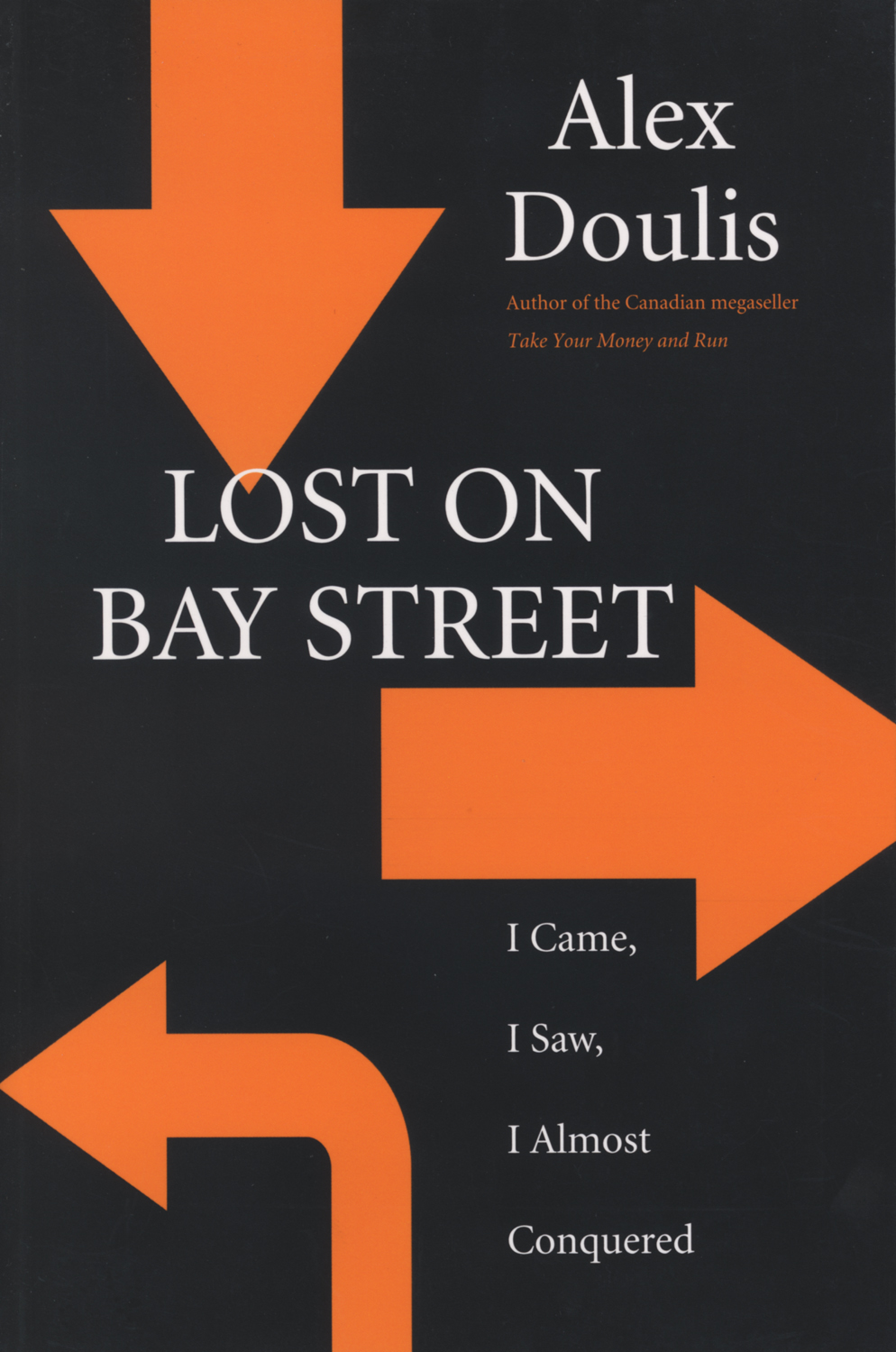 "I Came, I Saw, I Almost Conquered"

Alex Doulis, a Greek-Canadian geologist and financial legend, came to Bay Street from Vancouver in the 1970s. Though he never went astray once in the deserts and swamplands of British Columbia and the north, he soon lost his bearings in the heart of Canada’s financial district. In Lost on Bay Street he shows how he vainly tried fitting into the world of the old-line investment firms with their hushed tones, three-piece suits, and entitlements. Eventually he worked instead with ethnic rakes who reluctantly took time away from drinking martinis and driving Ferraris to change the face of investing. Their goal was to facilitate the client rather than line the pockets of the Establishment. If that meant getting rid of rigged commission schedules and closed underwriting syndicates, so be it. The cries of pain up and down the Bay Street Canyon can still be heard today.