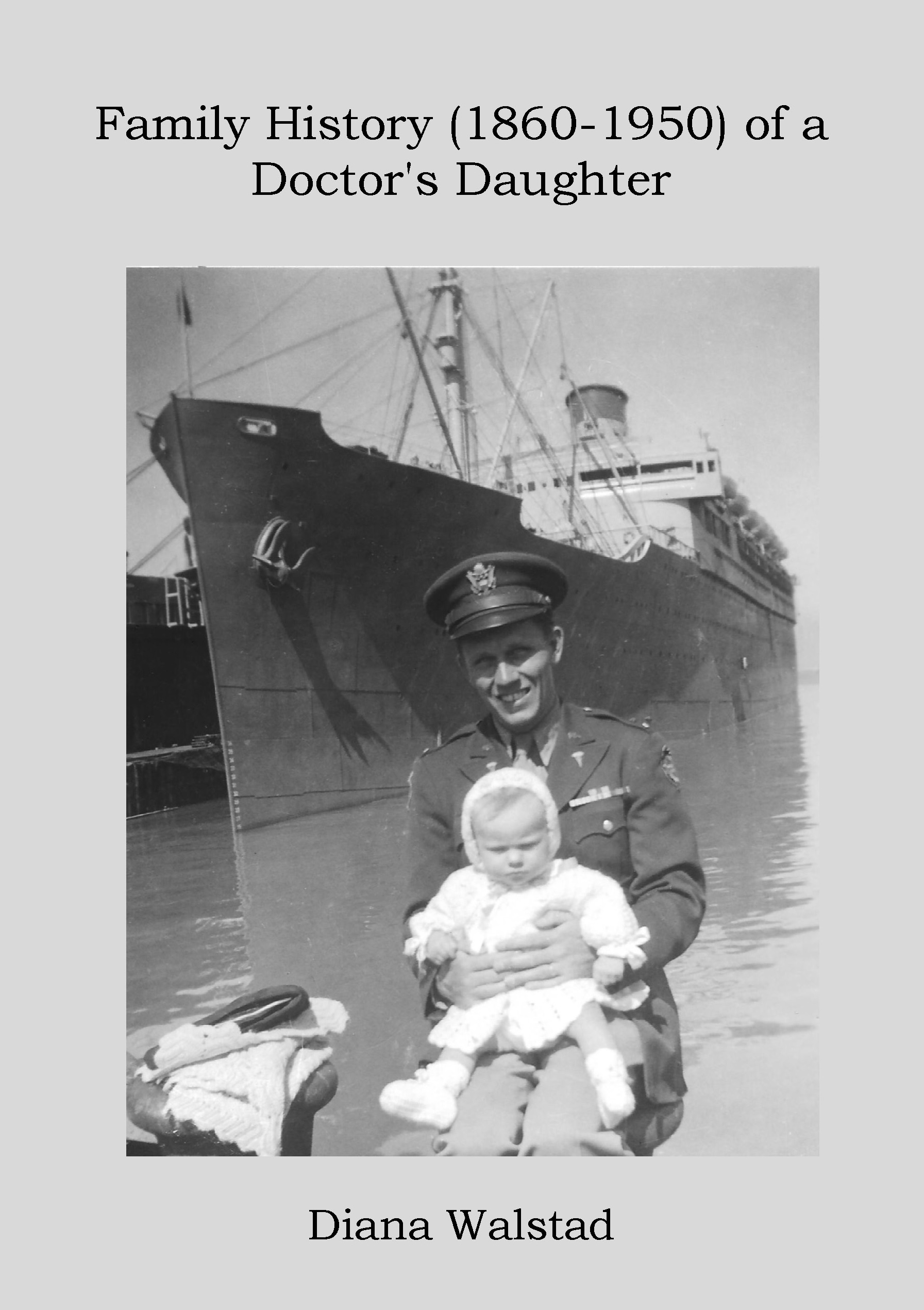 This beautifully rendered family history filled with photos is designed for a general audience. The story begin with the 19th century emigration of the author's ancestors from Scandinavia and the Netherlands. It ends with World War II and her physician father's mission to provide medical care for immigrating Australian war brides. The author intertwines her family's story with relevant historical material. Thus, she describes the massive wave of emigration from Ireland, Germany, England, and Scandinavia during the 19th century. As her ancestors settle in their new homeland, they generate new topics: homesteading in Nebraska, the women's fight against America's male saloon culture, Dr. Koch's discovery of the bacterium responsible for tuberculosis. As the story moves into the 20th century, the author delves into the conquest of TB by America's health care community, the rise of the oil industry, maternal mortality, warfare in China, etc. The author ties in the unsung story of Florence Nightingale's 19th century work on army reform to her father's medical work in the U.S. Army Medical Corps during World War II. The character stories inescapably bring up sociological issues: premarital sex, sibling rivalry, parent-child bonding, dating in the 1920s, and the problems faced by stepmothers and adopted children. Despite the adult and sometimes dark topics, the overall tone is wholesome, humane, and inspirational. Book fully documents reference sources in 16 pages of bibliographic notes. The author shares with readers the cathartic benefits of writing a family history, perhaps inspiring some to write up their own family's story.

Diana Walstad trained as a microbiologist and spent many years conducting medical/biological research at the University of North Carolina (Chapel Hill) and the National Institute of Environmental Health Science (NIEHS). Her previous book Ecology of the Planted Aquarium (first published in 1999) is well regarded and now in its third edition.

Other Titles from Echinodorus Publishing