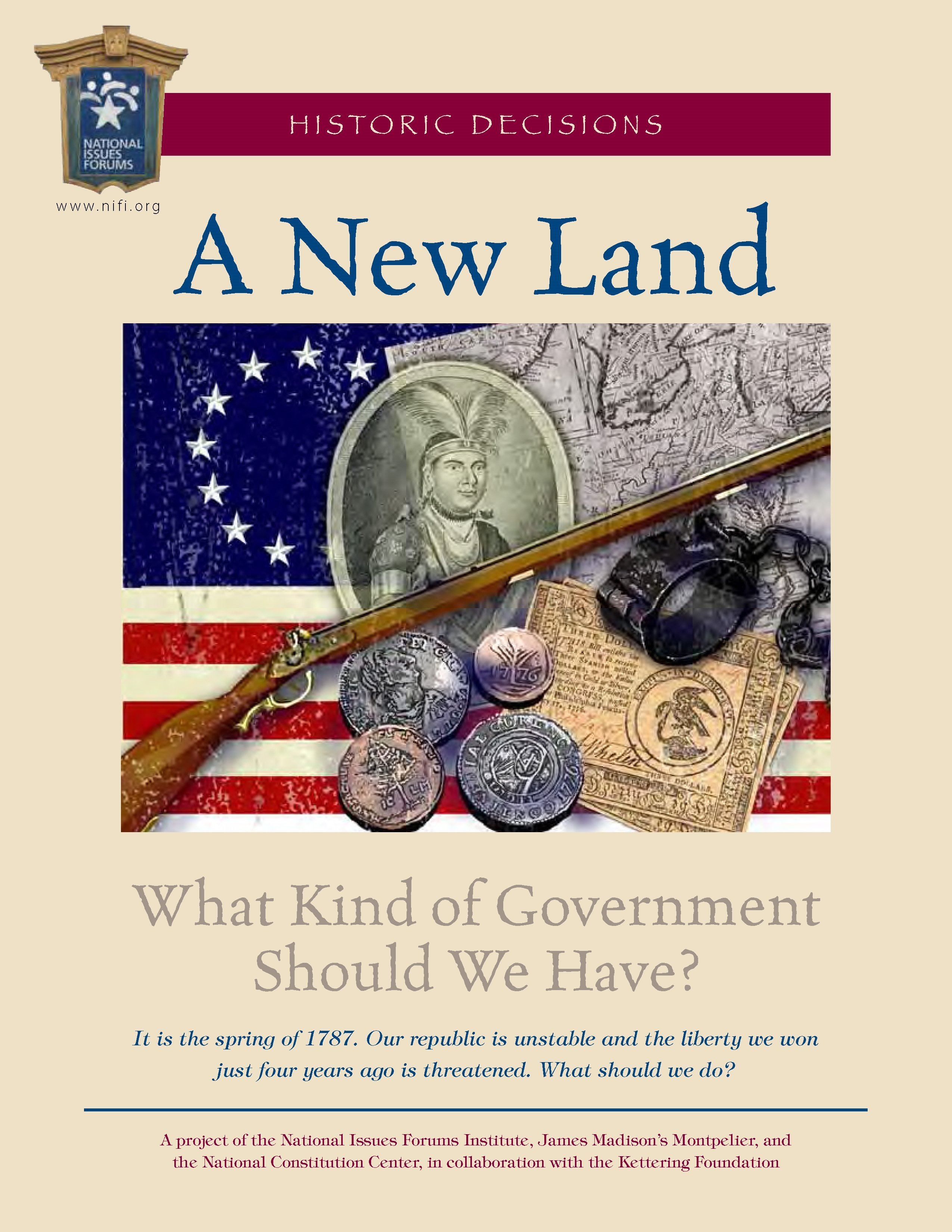 It is the spring of 1787. We are now in a critical period. Our new republic is unstable and the liberty we won just four years ago is threatened. We’ve lost the unity inspired by our fight against Britain. Trade is difficult and our physical safety is uncertain. There are conflicts within and threats from without.

The current state of affairs has sparked conversations in pubs and shops, town squares and farmyards. Everywhere, people are asking the same questions: What should we do? How will we survive? How can our hard-won liberty be sustained? The questions boil down to this: What kind of government should we have?

Strengthen the Current Partnership Among Equals
The Articles of Confederation and Perpetual Union need to be amended. The current one-vote-per-state Confederation Congress assures that we are a union of equal members, but the current central government lacks the power to raise funds or make binding decisions. It needs to have the power to hold states accountable without impinging on their rights. We must figure out a workable balance that gives the central government more power and yet still respects each state’s autonomy.

Create a Strong Central Government
To maintain our independence, we must ensure our stability. We need a strong central government to protect our liberty. Too much freedom at either the state or the personal level can be destructive. A republican form of federal government, with proportional representation from all of the states, guarantees that individual citizens will still have a say. A stronger central government in a new federal union of the states will also have the authority to safeguard our economic stability and physical security.

Let States Govern Themselves
Now that we have our liberty, we should dissolve the Confederation and let the states govern themselves as independent republics. Local governance works best. We are too economically, geographically, and culturally diverse to form one nation. Each state has its own traditions of self-governance, some going back a century or more. Each has its own way of determining citizenship. We’ve proven we can successfully unite in the face of a common threat, and we can do it again if need be.

Joni Doherty is a program officer at the Kettering Foundation. She directs research on the deliberative framing of historical issues, and she leads exchanges with libraries and humanities groups. Doherty has a longstanding interest in discourse ethics and the ways in which the arts and humanities can foster democratic practices. She is also involved with projects that investigate the ways in which deliberation and democracy intersect with teaching and learning in higher education. Before coming to Kettering, Doherty was the director of the New England Center for Civic Life at Franklin Pierce University and taught in the American studies and philosophy programs. She has more than 20 years experience with National Issues Forums and is an alumna institute member. Doherty earned a BFA in painting at the University of New Hampshire in Durham, a MA in cultural studies at Simmons College, Boston, and a PhD in philosophy and art theory from the Institute for Doctoral Studies in the Visual Arts, in Portland, Maine.