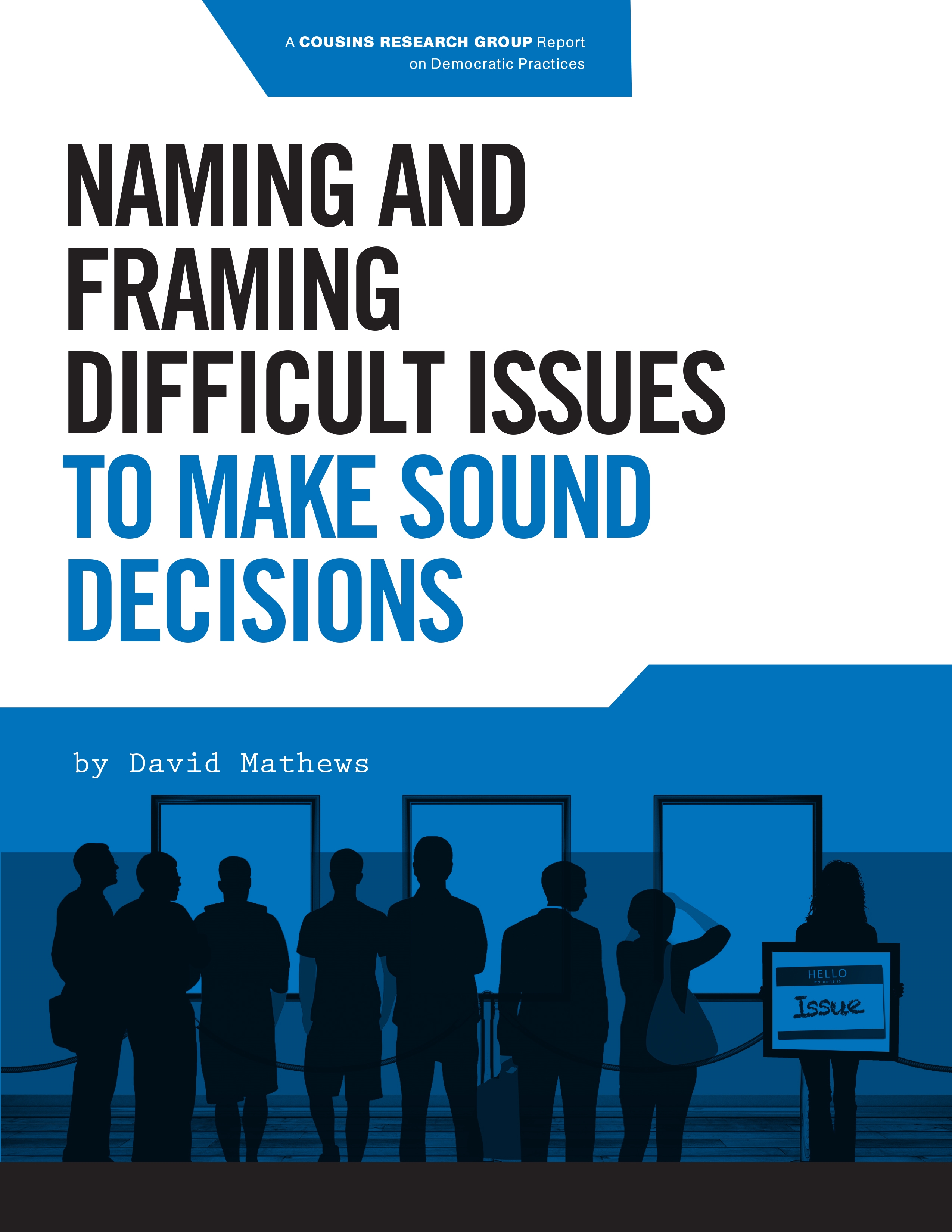 This Cousins Research Group report by Kettering Foundation president David Mathews is for people who want a stronger hand in shaping their collective future. This requires making choices about what kind of future they want. Standing in their way are inevitable disagreements over what the future should be. People may recognize that what is happening to them isn’t good or right, yet they may not agree on what should be done. They may even disagree over the nature of the problem that is confronting them. The most difficult disagreements involve things that all people hold dear, things that are intrinsically valuable, such as freedom, security, or fairness.

There are opportunities to master these challenges at two critical moments in dealing with problems. One occurs when a problem is being named, that is, when someone defines the problem. This is usually done by a news organization, a professional group, or a political leader. While seemingly insignificant, Kettering Foundation research has found that who gets to name a problem—and how they name it—are critical factors that go a long way in determining how effective the response will be. Another critical moment occurs when different options for dealing with a problem are put into a framework for decision making. There may just be one option on the table, a solution favored by a school board or championed by an interest group. Or there may be the predictable two options in a political debate, one being the polar opposite of the other. Kettering’s research suggests that deliberation is more likely to occur if the full range of options is available for consideration.

Naming and Framing Difficult Issues to Make Sound Decisions incorporates the foundation’s latest insights on how people can describe problems and present different ways to address them so as to encourage sound judgments and avoid immobilizing polarization.

David Mathews is a husband, father, grandfather, gardener, and a member of the Clarke County Historical Society. Although a nonpartisan independent, he served as a Cabinet officer in the Ford administration (Secretary of Health, Education, and Welfare). He is a former president of the University of Alabama, where he taught history. Now president of a research organization, the Kettering Foundation, he writes books like Politics for People, which has been translated into eight languages. He doesn’t sail or ski and has no musical talents, but his dog loves him.