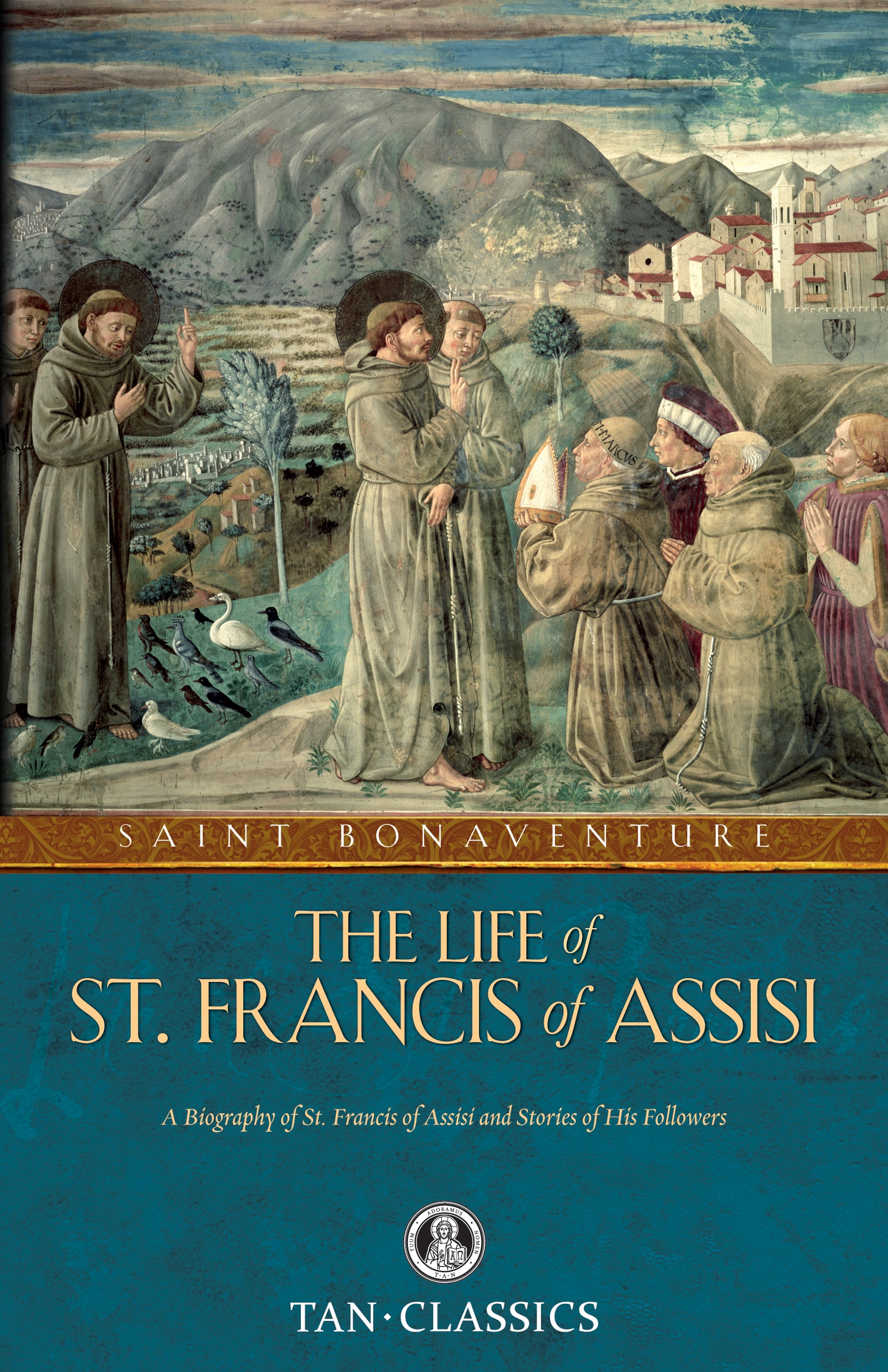 The Life of St. Francis of Assisi

"Francis, go and build up My house, which thou seest, is falling into ruin." To fulfill this command of Our Lord, St Francis of Assisi (1181-1226) began by restoring physical churches and continued by building up the spiritual Church in souls. Francis' humility, purity, and true joy inspired many to conversion and a deeper faith. Never ordained a priest, St. Francis nonetheless was a preacher and a miracle-worker of the first order - curing, prophesying, casting out devils, turning water into wine, and raising people frmo the dead. The Life of St Francis of Assisi by St Bonaventure conveys a picture of the Saint that renders an indelible impression of a man totally transformed by God. This is the original TAN edition now with updated typesetting, fresh new cover, new size and quality binding, and the same trusted content.

St. Bonaventure was born, with the given name of John, to Giovanni di Fidanza and Maria Ritella in 1221 at Bagnoregio, Italy. His life was so pure that it was said that he seemed not to have inherited Original Sin. According to legend, he received the name of Bonaventure (bona ventura, good fortune) at a very young age from St. Francis of Assisi and was cured of an illness through the saint's intercession. In 1243 he became a Franciscan (considered the Order's second founder) and later earned the position of Master of Theology with St. Thomas Aquinas at Paris in 1257. He was made a Cardinal by Pope Gregory X and later presided at the Council of Lyons in 1274, where he died suddenly. He was canonized by Pope Sixtus IV in 1484 and is known as the Seraphic Doctor of the Church. St. Bonaventure also wrote the Commentary on the Gospel of St. Luke, Breviloquium, De Septem Itineribus Aeternitatis, Itinerarium Mentis ad Deum, De Reductione Artium ad Theologiam, and Soliloquium. His feast day is celebrated on the 15th of July.