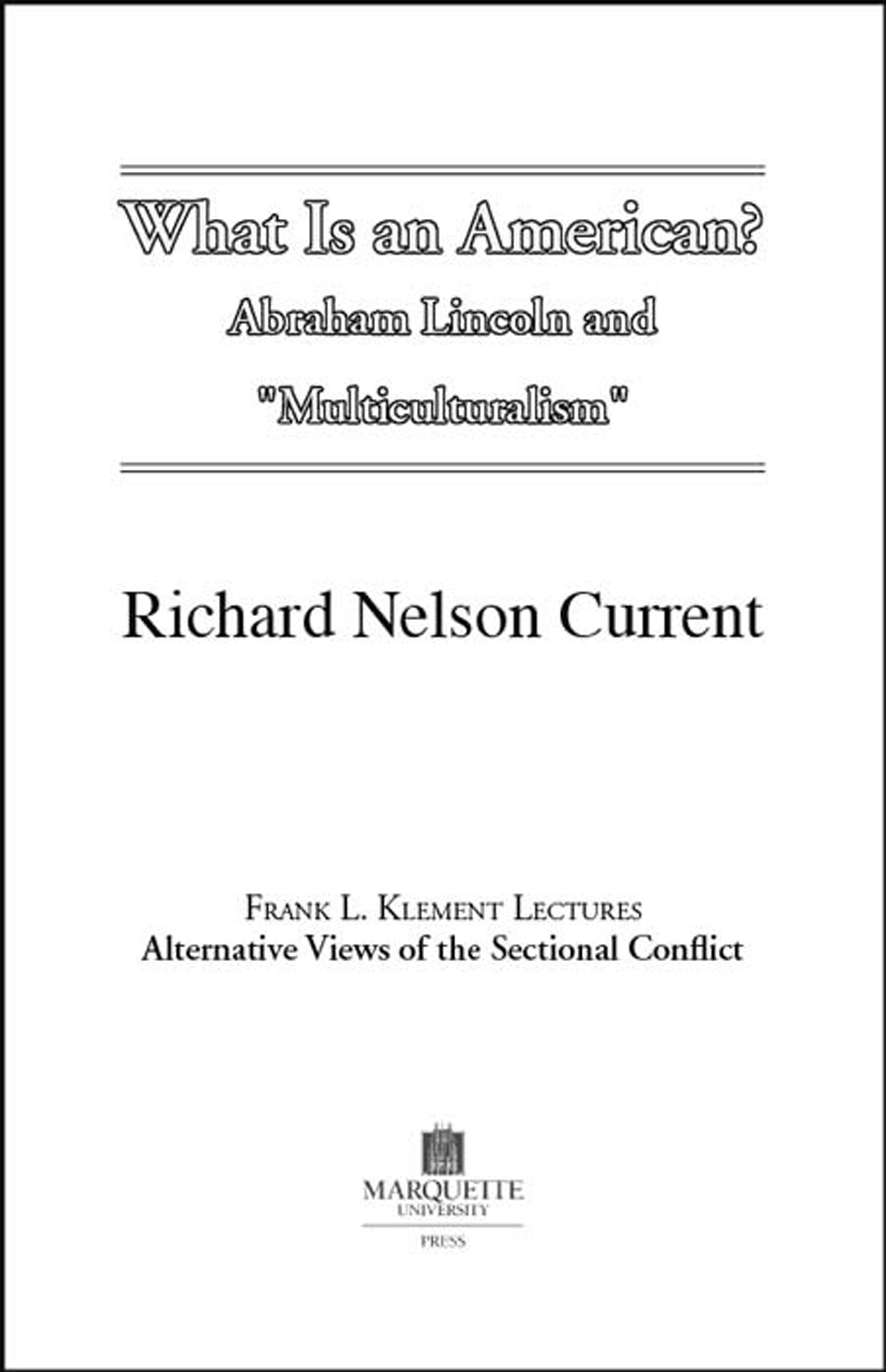 What Is an American?

Richard Nelson Current was called "the Dean of Lincoln Scholars"; he received his degrees from Oberlin, Tufts, and the University of Wisconsin, was a member of history departments at the Universities of Illinois, Wisconsin-Madison, and North Carolina-Greensboro. He lectured extensively throughout the world, including stints as a Fulbright professor at the University of Munich and at the University of Chile and as Harmsworth professor at Oxford University. He is the author or co-author of over thirty books, including Old Thad Stevens: A Story of Ambition; Those Terrible Carpetbaggers; Lincoln’s Loyalists: Union Soldiers from the Confederacy; The Lincoln Nobody Knows, Lincoln and the First Shot, and the Bancroft Prize winner Lincoln the President (co-authored with J.G. Randall).