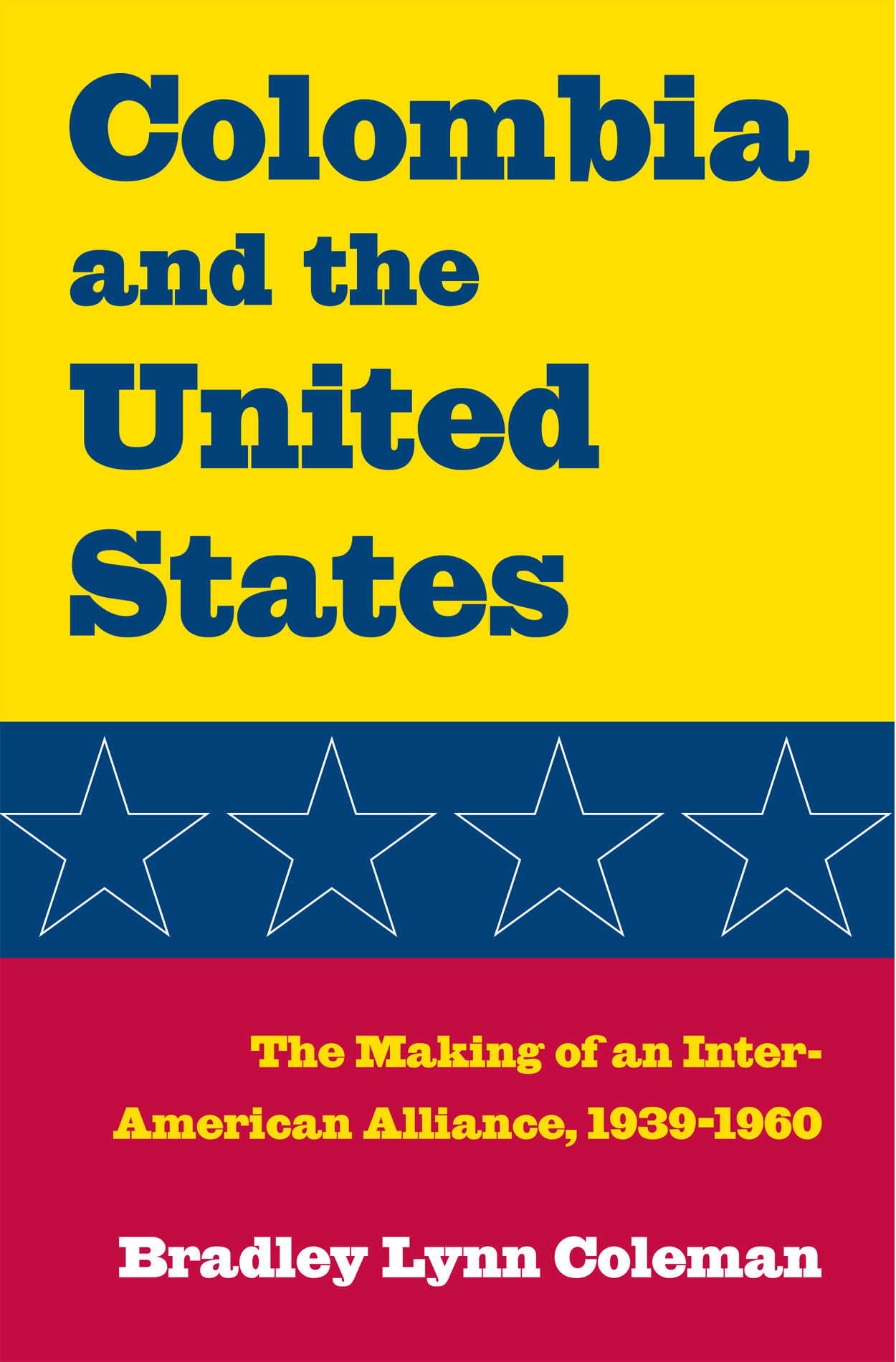 Colombia and the United States

A valuable addition to the New Studies in U.S. Foreign Relations Series

Placing the bilateral relationship in a global context, this military and diplomatic history examines the importance of ideology, material interests, and power in U.S.-Latin American relations. Historian Bradley Coleman demonstrates how the making of the Colombian-American alliance exemplified hemispheric interconnectedness, a condition of ever-growing importance in the twenty-first century.

Employing available Colombian and U.S. archival sources, this book fills a gap in the literature on U.S. relations with less developed countries and provides new research on the origins an development of the U.S–Colombian alliance that will serve as an invaluable resource for scholars of U.S. and Latin American diplomacy.

Bradley Lynn Coleman is the Command Historian, Headquarters, U.S. Southern Command, Miami, Florida. He has published articles in the Journal of Military History and contributed to Security Assistance: U.S. and International Historical Perspectives (2006).