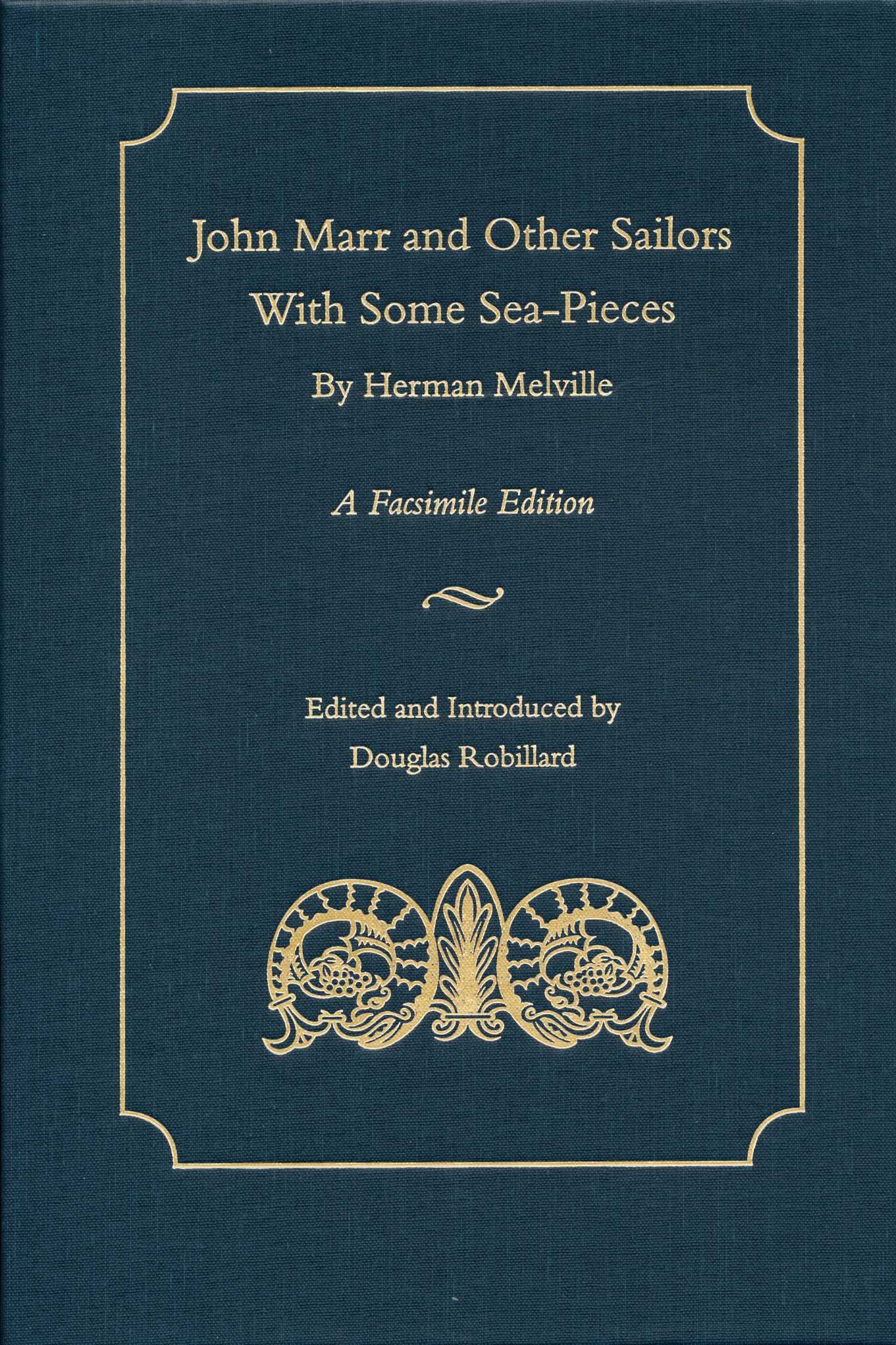 John Marr and Other Sailors with Some Sea-Pieces

Late in his life, Herman Melville published a volume of poetry called John Marr and Other Sailors. He produced the collection at his expense, and therefore only about 25 copies were printed. Existing copies can be found in libraries, but scholars have, for the most part, not seen them.

John Marr and Other Sailors is a complete facsimile reprint of the original edition as Melville published it that also offers additional materials that allow readers to study the book as Melville conceived it. Robillard provides excerpts from the author’s manuscript, printer’s copy with corrections, the galley proofs with Melville’s instructions about the structure of the book, and the page proofs, thereby offering a complete record of one of his books from manuscript to print. Many scholars have been dismissive of Melville’s poetry and his writing during the last years of his life. But Melville was a hard-working, professional writer during his later years, writing new poems and changing and correcting older poems. As evident in this edition, he was distilling the hard-earned knowledge of many years and the poetic skills he had been perfecting. For this reason, John Marr is as important as any of his prose fictions.

Melville scholars and textual editors will appreciate this addition to the study of this great American literary figure and his work.