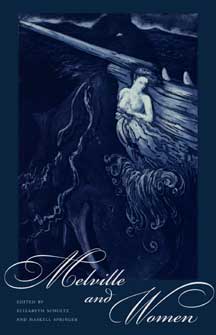 A comprehensive examination of the significance of women in Melville’s life and work The twelve new essays in this collection extend the interest in Melville and women evident in recent scholarship, biography, art, and drama. Throughout his life, Melville lived surrounded by women, and he wove women’s experiences into most of his literary work, early and late. Treating his poetry and prose and using a variety of theoretical approaches from the biographical to the ecocritical, the essays focus not only on Melville’s female characters but also on gender roles, colonialism, intertextuality, legal issues, and concepts of the female and feminine. Several of them demonstrate his sensitive response to the work of nineteenth-century women authors. Collectively, they open new understandings of a writer too often seen almost wholly in masculine contexts. The comprehensive introduction by the editors surveys women in Melville’s writings and situates the essays historically by relating them to scholarship concerning women in Melville’s work as well as to Melville scholarship written by women. The essays are complemented by an extensive bibliography, portraits, and a portfolio of paintings created by contemporary women artists in response to Moby-Dick.

Prior to retirement, Elizabeth Schultz and Haskell Springer were longtime colleagues in the Department of English at the University of Kansas. For many years, they collaborated in teaching courses and discussing Melville. This book testifies that these discussions continue. A founding member of the Melville Society Cultural Project, Elizabeth Schultz is the author of “Unpainted to the Last”: Moby-Dick and Twentieth-Century American Art, Shoreline: Seasons at the Lake, and numerous essays on Moby-Dick. Among other published work, Haskell Springer has edited America and the Sea: A Literary History, Washington Irving’s The Sketch Book of Geoffrey Crayon, Studies in Billy Budd, and a hypertext edition of Melville’s “Bartleby the Scrivener.”