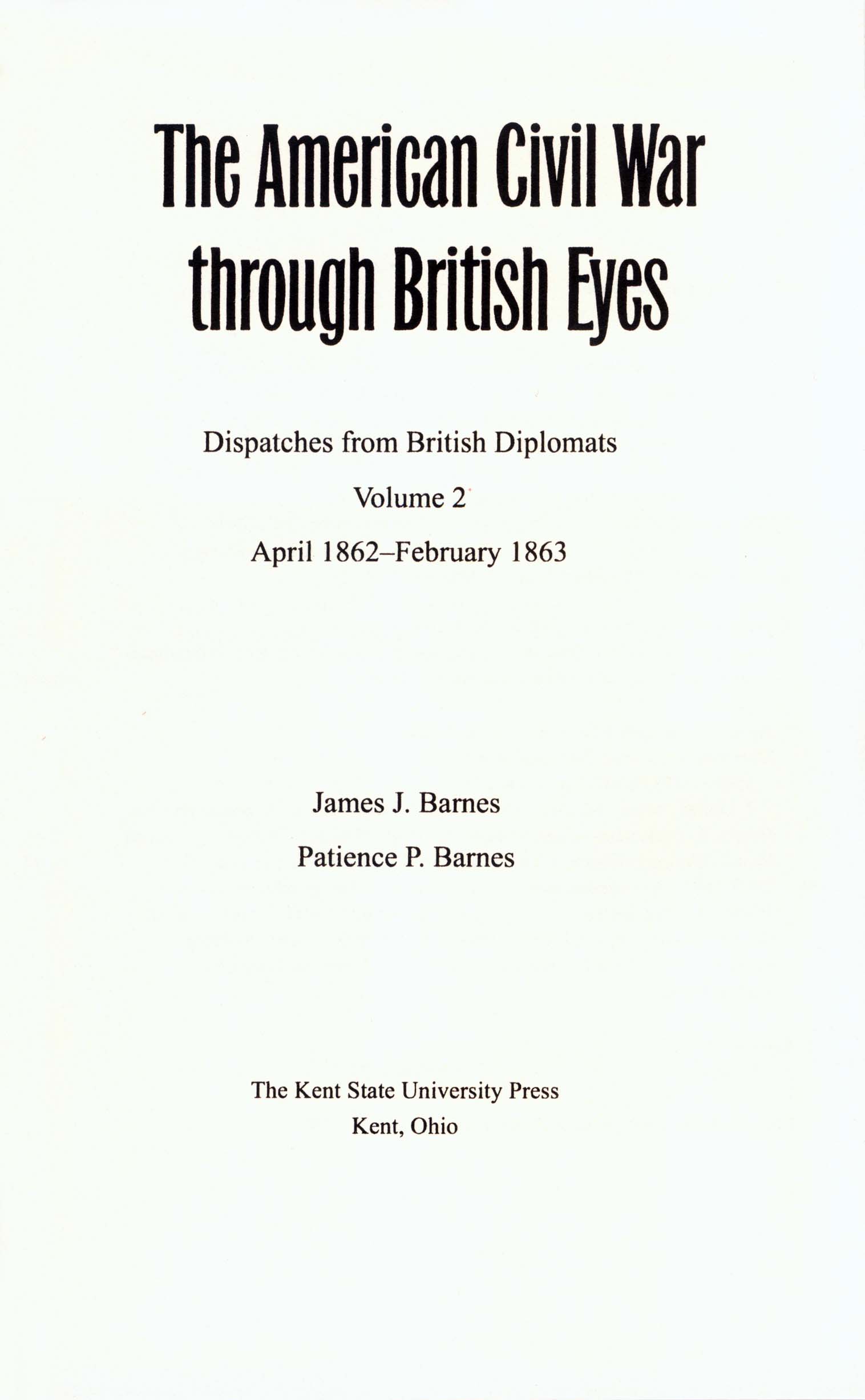 The dispatches from Lord Richard Bickerton Pemell Lyons, Second Baron, British Envoy Extraordinary in Washington, D.C., during the Civil War offer insight into contemporaneous Anglo–American relations. The five-year period covered in these three volumes witnessed the fierce and deadly battles of the war fought both in the North and in the South, the shifting moods of public opinion and patriotic fervor, the changing economic conditions, and the assassination of President Abraham Lincoln. The three volumes of The American Civil War through British Eyes make available important, previously unpublished documents that fill a void for students and scholars of the war. Lyon’s dispatches offer a unique perspective on America during its bitterest test of national unity. Through them the Civil War unfolds not in retrospect but through the eyes of a contemporary observer.