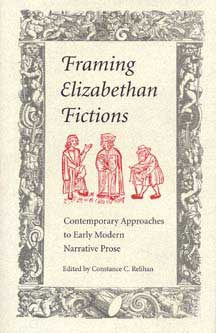 Literary historians have been giving increased attention to texts that have hitherto been largely ignored. The works of women, the disenfranchised, and “commoners” have all benefited from such critical analysis. Similarly, letters, memoirs, popular poetry, and serialized fiction have become the subject of scholarly inquiry. Elizabethan fiction has also profited from the newer odes of critical inquiry. Such texts as George Gascoigne’s The Adventurers of Master F.J., John Lyly’s Euphues, George Pettie’s A Petite Palace of Pettie his Pleasure, or Nicolas Breton’s The Miseries of Mavilla have often been seen as the work of “hack” writers, inelegant aberrations that demonstrated little about the culture of 16th-century Britain or the development of English fiction. This collection of original essays draws on a wide range of critical and theoretical approaches, especially those influenced by various elements of feminism, Marxism, and cultural studies. They illuminate the richness of canonical examples of Elizabethan fiction (Sidney’s Arcadia) and less widely read works (Henry Chettle’s Piers Plainess).

Constance C. Relihan is Hargis Professor of English at Auburn University in Auburn, Alabama. She is the author of Fashioning Authority: The Development of Elizabethan Novelistic Discourse (The Kent State University Press, 1994), coeditor with G. Stanivukovic of Prose Fiction and Early Modern Sexualities in England 1570–1640 (Palgrave, 2003), and author of Cosmographical Glasses: Geographic Discourse, Gender, and Elizabethan Fiction (The Kent State University Press, 2004).