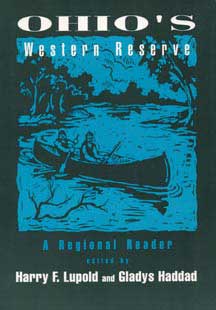 This volume collects essays and documents from a wide selection of sources—many now out of print and difficult to locate—to provide a highly readable story of the settlement and development of the “New Connecticut” region of Ohio. Four divisions in the book logically organize the social, economic, and political study of the region: “Conquest and Settlement: Native Americans to New Englanders”; “The Pioneers: Town Building, Society, and the Emergence of an Economy”; “The Transition Years; Slavery, the Civil War, and the Reserve in National Politics, 1850-1880”; and “A Changing Legacy: Industrialism, Ethnicity, and the Age of Reform.” The volume ends in 1920, when the unique features of the Western Reserve of Ohio—the architecture, the landmarks, the New England lifestyle—had largely faded into American history as a result of industrialism, urbanism, and the pressure of a changing ethnic base.