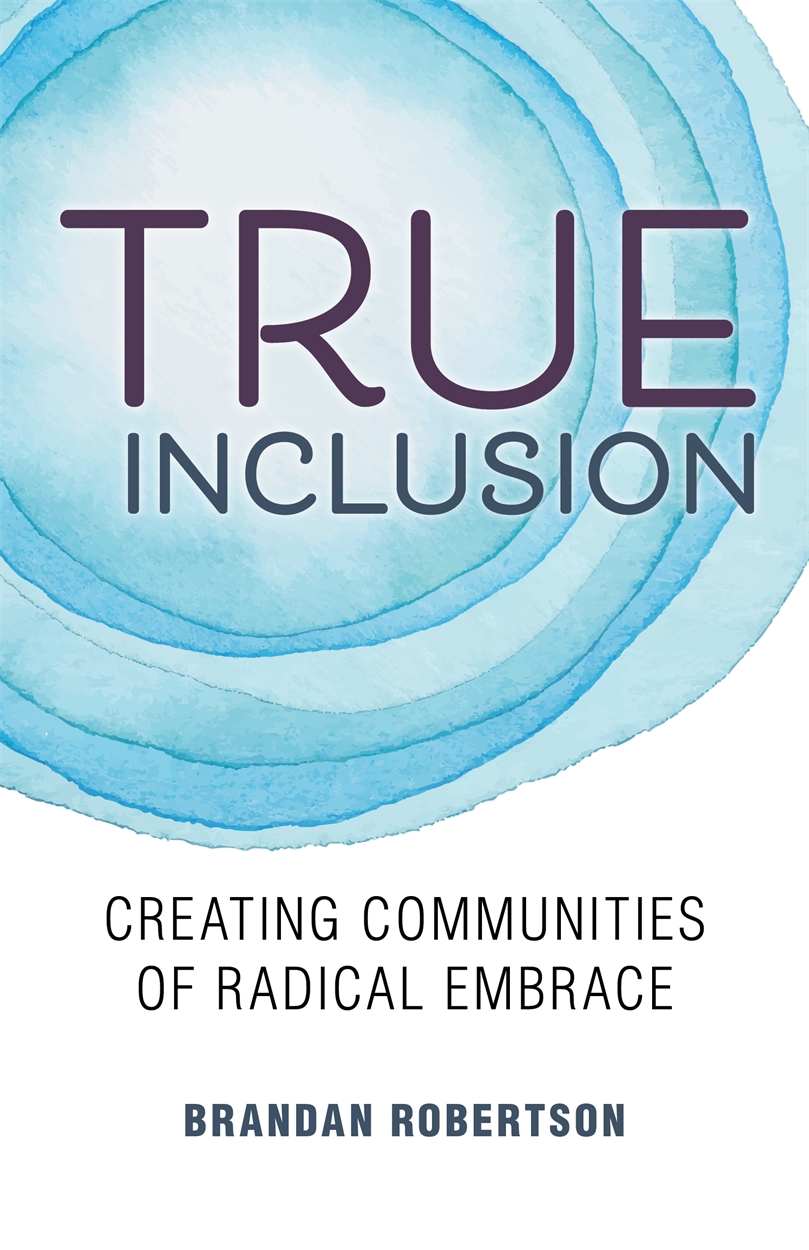 Discover how to move your church beyond mere welcome to radical embrace.

So your church website says you're welcoming, a rainbow flag flies out front, worship uses gender-inclusive language, and you make sure you greet the stranger next to you on Sunday mornings. But is all of that really enough? And what if those welcoming gestures actually keep visitors from returning and exclude dozens of other groups or people in your community?

In True Inclusion, public theologian and pastor Brandan Robertson shares how to move your church from mere welcome to radical embrace. Pointing to a clear biblical imperative for radical inclusivity in the sanctuary and in the public square, Robertson presents a paradigm-shifting vision of community, "where nothing is simple, nothing is easy, but everything is beautiful." Learn practical, step-by-step approaches to becoming deeply, robustly, and richly inclusive of all people regardless of race, gender identity, sexual orientation, political affiliation, and socioeconomic status.

Written for people and communities at every stage of the journey, True Inclusion will challenge and inspire you to embody a gospel of radical embrace for all.

Brandan Robertson is an author, pastor, thought-leader, and contemplative activist working at the intersections of spirituality, sexuality, and social renewal.

Brandan is the Lead Pastor of Missiongathering Christian Church in San Diego, CA and the author or contributing author to six books, including Nomad: A Spirituality For Travelling Light (DLT Books, 2016) and Our Witness: The Unheard Stories of LGBT+ Christians (DLT Books, 2017).

A prolific writer, he has published numerous articles in TIME, The Washington Post, and writes regularly for The Huffington Post. A sought out commentator on faith and public life, he is regularly interviewed by outlets such as MSNBC, NPR, Newsweek, The Wall Street Journal, The New York Times, and The Associated Press.

Acclaimed as one of "the most hope-inspiring young Christian leaders", Brandan speaks to diverse audiences around the globe and has been an honored guest speaker at a wide range of venues, from the White House to the Parliament of the World's Religions. He serves as an adjunct lecturer at San Francisco Theological Seminary and lectures regularly at globally prestigious academic institutions ranging from Oxford University, University College of Dublin, Cardiff University, and Emory University.

A committed advocate for human rights globally, Brandan is the founder and executive director of Metanoia, a non-profit working to foster spiritual and social renewal around the world. The Human Rights Campaign named Brandan one of their "Faith Leaders Leading the Fight for LGBT+ Equality 2017". He served as the immediate past national spokesperson of Evangelicals for Marriage Equality and has served on the U.S. State Department's Working Group on Religion and LGBT+ Rights, The Democratic National Conventions LGBT+ Advisory Board, and the Humane Societies Millennial Faith Leader Advisory Board.

Brandan is currently a postulant in the Order of Ecumenical Franciscans, and earned his Bachelors Degree in Pastoral Ministry & Theology from Moody Bible Institute and his Masters of Theological Studies from Iliff School of Theology. He currently resides in San Diego, California.