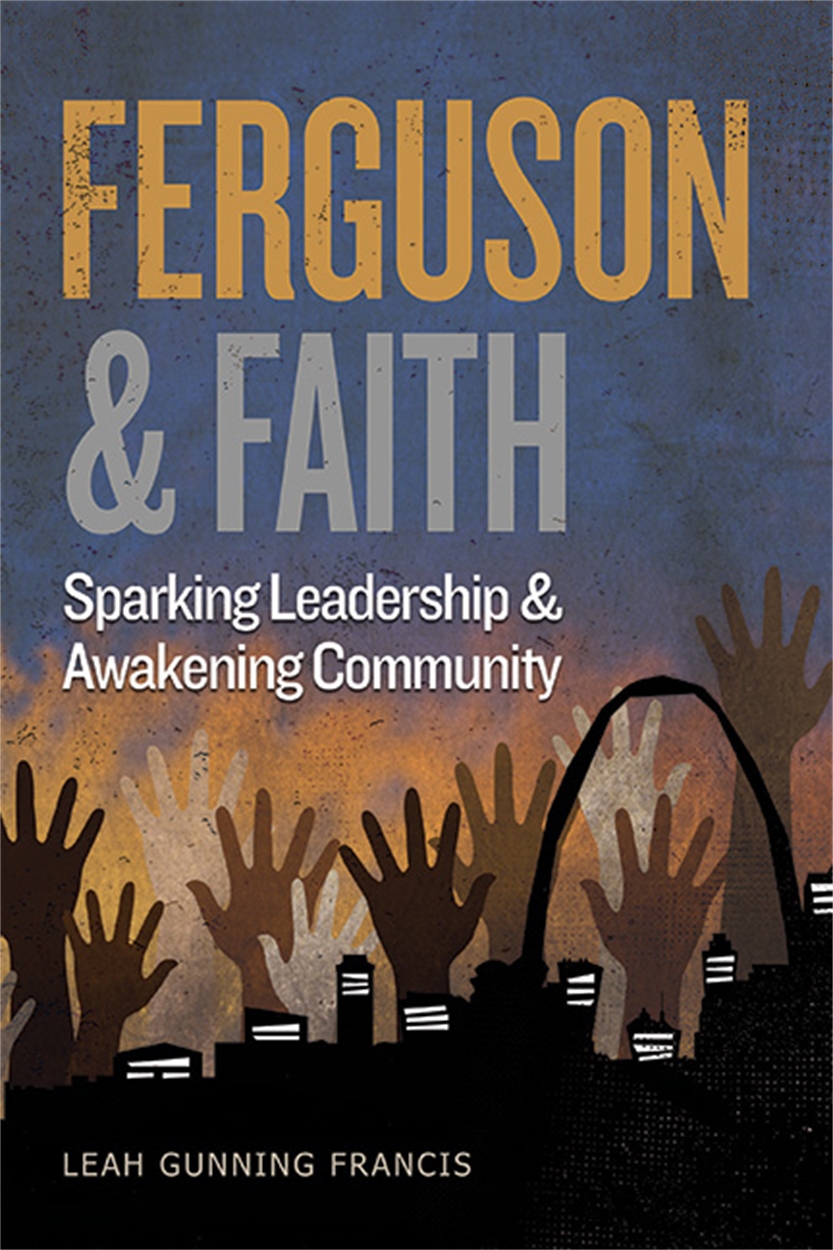 The shooting death of Michael Brown in Ferguson, Missouri, reignited a long-smoldering movement for justice, with many St. Louis-area clergy stepping up to support the emerging young leaders of today's Civil Rights Movement. Seminary professor Leah Gunning Francis was among the activists, and her interviews with more than two dozen faith leaders and with the new movement's organizers take us behind the scenes of the continuing protests. Ferguson and Faith demonstrates that being called to lead a faithful life can take us to places we never expected to go, with people who never expected us to join hands with them.

Ferguson and Faith is the first book from the partnership of the Forum for Theological Exploration (FTE) and Chalice Press.

Dr. Leah Gunning Francis is the Vice President for Academic Affairs and Dean of the Faculty at Christian Theological Seminary in Indianapolis, Indiana. She is also the author of book Ferguson and Faith: Sparking Leadership and Awakening Community (Chalice Press, 2015). She interviewed more than two dozen clergy and young activists who were actively involved in the movement for racial justice in Ferguson and beyond. Dr. Gunning Francis researched and wrote Ferguson and Faith while serving as the Associate Dean for Contextual Education and Assistant Professor of Christian Education at Eden Theological Seminary in St. Louis, Missouri.
In 2012, Dr. Gunning Francis was awarded the prestigious Engaged Scholars Fellowship to study issues of risk among middle-class African American young men. She argues that the meta-narrative about young black men puts all of them "at risk," regardless of socioeconomic class, and utilizes the narrated experiences of black mothers to construct a new narrative about young black men that honors their humanity and is concerned for their well-being.
Dr. Gunning Francis' additional research interests focus on transformative education as reflected in her doctoral dissertation, Beyond "Band-Aids" and Bootstraps: Toward a Womanist Vision of Christian Education as Social Transformation. Her writing reflects her commitment to the spiritual, emotional and physical well-being of women, men and children; and highlights her particular interest in underserved and minority communities.
Dr. Gunning Francis has served as an adjunct professor for the Methodist Theological School in Ohio, and has provided pastoral leadership for congregations in Georgia, Illinois and Ohio. She has received numerous awards to include the Candler School of Theology's G. Ray Jordan award for excellence in integrating academic study with constructive leadership and service, and the Fund for Theological Education's Doctoral Fellow Award.
Dr. Gunning Francis earned a Bachelor of Science degree in Marketing from Hampton University; a Master of Divinity degree from the Candler School of Theology at Emory University; and a Doctor of Philosophy degree from Garrett-Evangelical Theological Seminary in Evanston, Illinois.
A native of Willingboro, New Jersey, Dr. Gunning Francis is married to Rev. Rodney Francis. They live in Indianapolis with their elementary school aged children.