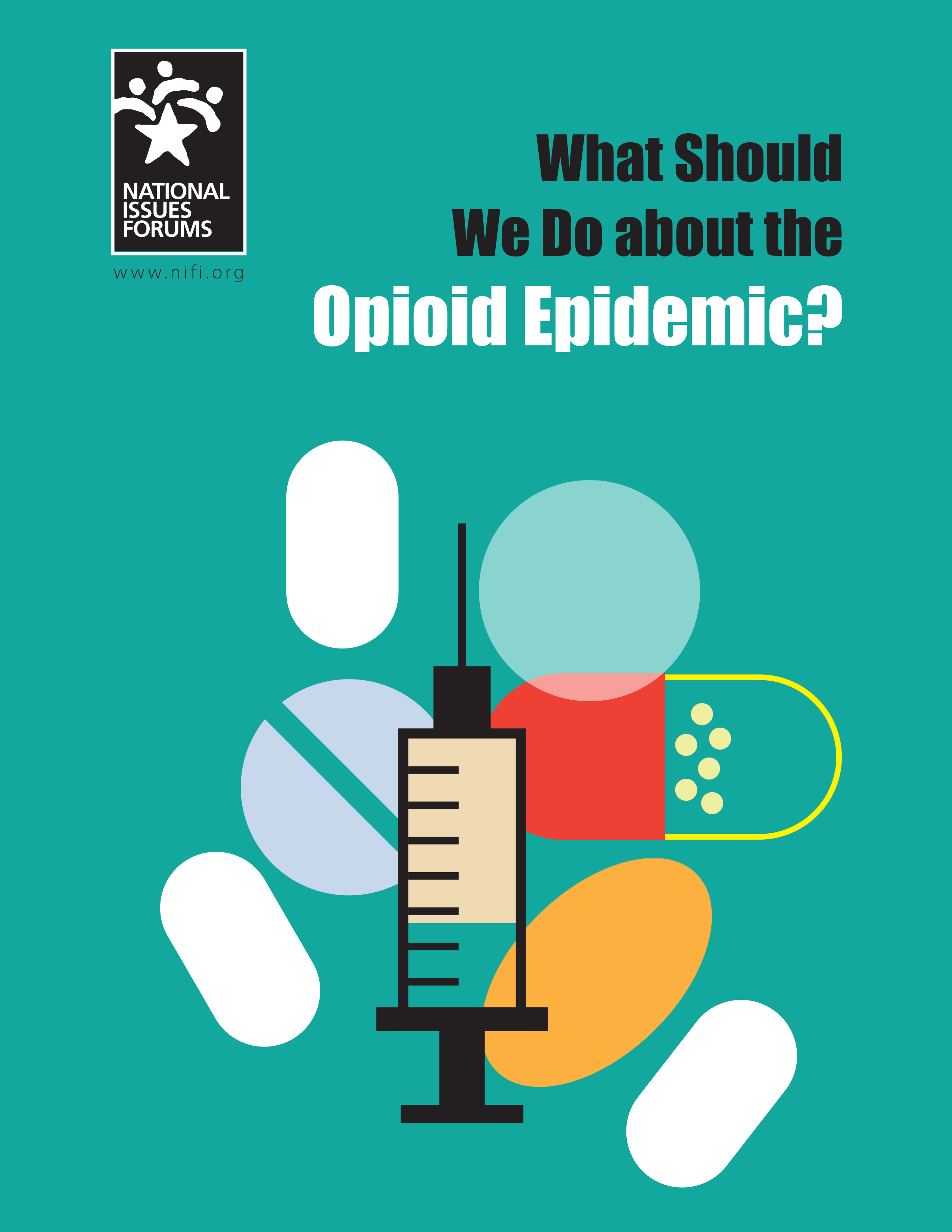 What Should We Do about the Opioid Epidemic?

Drug abuse, a problem the United States has faced for decades, has taken a sharply more lethal turn with the rise of opioids—both legal pain- killers, such as oxycodone and fentanyl, and illegal ones like heroin. Drug overdoses are now the leading cause of death among Americans under 50.

More than 64,000 Americans were killed by drug overdoses in 2016, according to the Centers for Disease Control. That is worse than the death toll at the peak of the HIV epidemic in 1995 and more than the number of US combat deaths in the entire Vietnam War. At least two-thirds of those 2016 drug deaths were caused by opioids.

This issue advisory presents three options for deliberation. Each option offers advantages as well as drawbacks. If we increase enforcement, for example, this may result in putting many more people in prison. If we reduce the number of prescriptions written, we may increase suffering among people with painful illnesses.

Each option is based on differing views about what we hold most valuable. Each represents a general direction and suggests a number of actions that can be carried out by different people or groups.

Tony Wharton is a former newspaper reporter who has written about public policy issues and deliberation for more than 20 years. He was the editor of “Journalism as a Democratic Art: Selected Essays by Cole C. Campbell,” a 2012 publication of Kettering Foundation Press. He and his family live in Richmond, Virginia. EndFragment