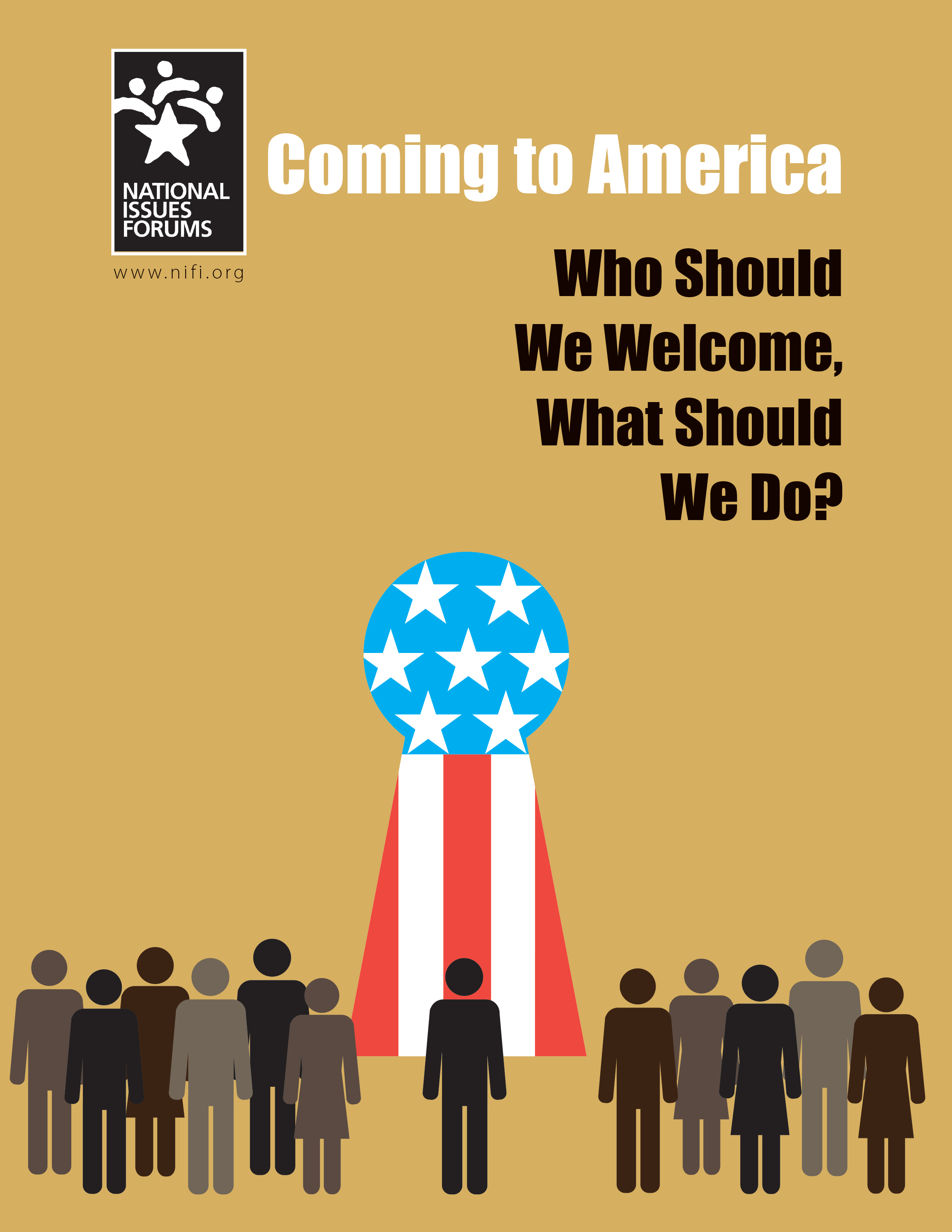 This issue guide presents the following three options for deliberation:

Option 1: Welcome Immigrants, Be a Beacon of Freedom

This option says that immigration has helped make America what it is today- a dynamic and diverse culture, an engine of the global economy, and a beacon of freedom around the world.

Option 2: Enforce the Law, Be Fair to Those Who Follow the Rules

This option says we need a fair system, where the rules are clear and, above all, enforced. With an estimated 11 million people living in the country illegally, our current system is unjust and uncontrolled.

Option 3: Slow Down and Rebuild Our Common Bonds

This option recognizes that newcomers have strengthened American culture in the past. But the current levels of immigration are so high, and the country is now so diverse, that we must regain our sense of national purpose and identity.

Scott London is a California-based author, researcher and consultant. He's contributed to more than a dozen books and published widely in newspapers, magazines, and scholarly journals. He's also authored white papers and reports on a range of important public issues, including the state of American journalism, the social responsibilities of higher education, and the political ramifications of new communications technologies. He can be reached at www.scottlondon.netBrad Rourke is a program officer at the Kettering Foundation. His work includes studies of naming and framing issues in public terms and how people make decisions and work together on shared challenges in communities. Rourke is executive editor of the National Issues Forums issue books as well as other issue books produced for public deliberation. Rourke has written and cowritten a number of articles and op-ed pieces, appearing in print publications such as The Washington Post, The Christian Science Monitor, Foundation News and Commentary, Campaigns & Elections, and the Cleveland Plain Dealer. He contributed a chapter on the ethics of citizenship to Shades of Gray (Brookings Institution, 2002). He has spoken at the National Press Club, the Brookings Institution, and the Chautauqua Institution. He is listed in Who's Who in America. Rourke has been a Kettering associate since 2005. Prior to joining the foundation, Rourke was president of the Mannakee Circle Group, a public issues firm with clients from a cross section of the philanthropic and nonprofit sectors. He was founder and publisher of Rockville Central, a hyperlocal news source he began in June 2007 that became the second most-read local blog in Maryland. He helped design and regularly participated as a lecturer in the bipartisan candidate training program of the University of Virginia's Sorensen Institute for Political Leadership. Rourke was senior project manager and then director of external initiatives at The Harwood Institute for Public Innovation and vice president for public policy at the Institute for Global Ethics. He has served on the staffs of then-controller of California Gray Davis and Congresswoman Jane Harman and as deputy California campaign manager for the National Health Care Campaign. Rourke received a BA in comparative literature from UC Berkeley and an MPA from American University.