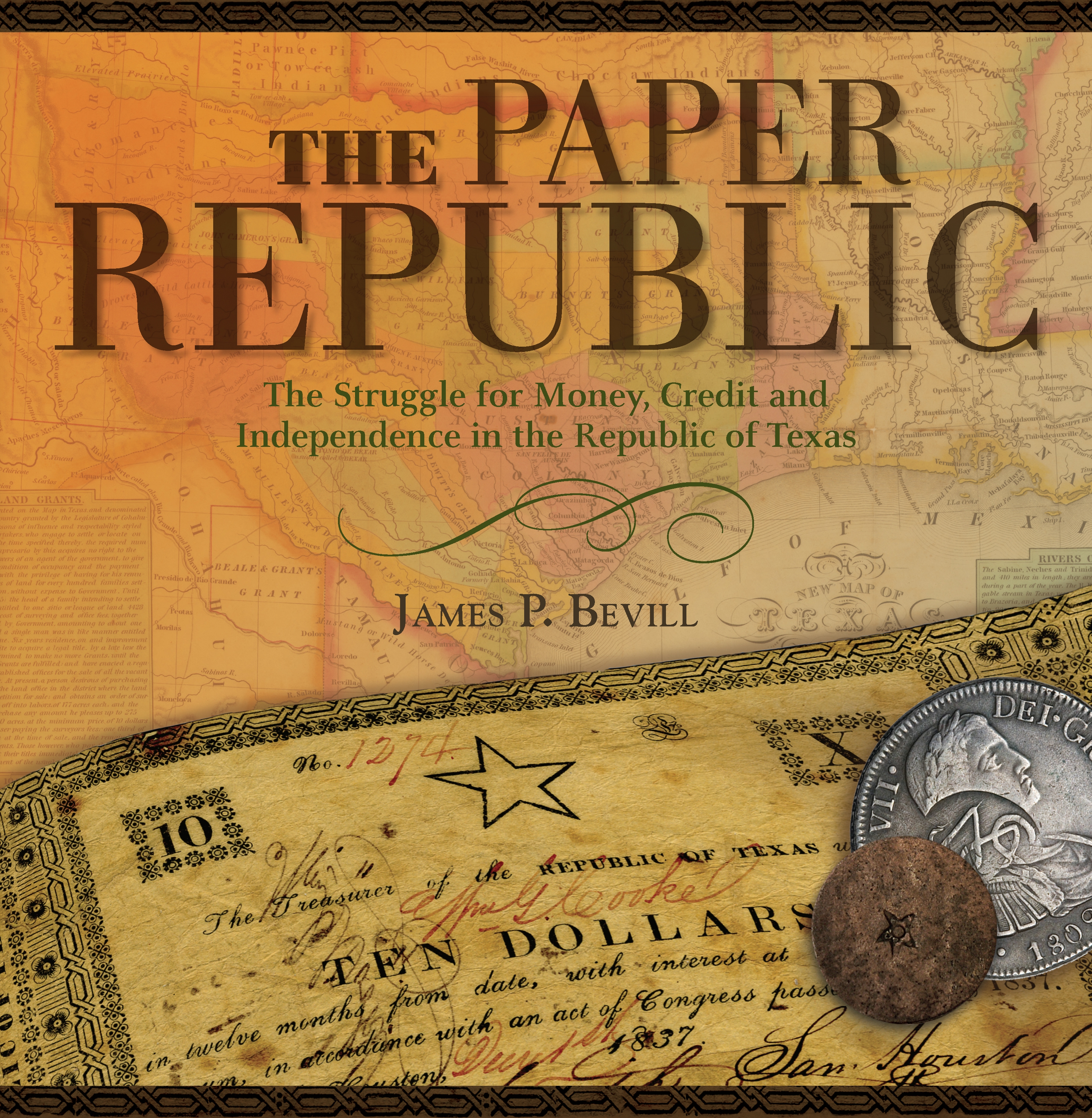 Although the stirring story of the Texas revolution has been told many times from a military standpoint, now James Bevill deftly takes the reader on a tour of the financial instruments issued to fund the Texian war machine. He combines a detailed numismatic history of each piece of coin and currency used in the Republic with the stories of the colorful individuals and the creative credit schemes that made it possible for Texas to first survive and later flourish. As Bevill reveals the history of each piece of paper, he explores the personalities involved, clarifies the roles in the new government, and reveals the inner workings of a precarious financial system. The issuance of promissory notes kept the revolutionary government afloat until the dramatic funding of a lifesaving loan from land speculators in New Orleans in April 1836. The paper promises chronicled in The Paper Republic create a verifiable trail of many of the most significant people and events in Texas history: visionary kings, obsessive dictators, crooked politicians, counterfeiters, printers, Texas Presidents, treasury officials and forgotten heroes. The Paper Republic is the first book to tell the important story of the epic struggle for money, credit and independence in the Republic of Texas. For Texans, numismatists and everyone in the financial industry, it offers an essential understanding about the role money plays in government and history. The real story behind a legendary part of American history, The Paper Republic is the story of a debt crisis eerily similar to the headlines today.

JAMES P. BEVILL is an expert on every aspect of money. He is a wealth management advisor with a primary focus on retirement asset management. He is President of the Texas Numismatic Association and has been elected as an honorary member of the Sons of the Republic of Texas for his preservation of the history of the money and the economy of the Republic of Texas. He has received numerous awards for his work in finance and in numismatics and has written articles on Texas and Confederate money and its role in our culture and history. Jim lives in Houston, Texas with his wife, Jodie.