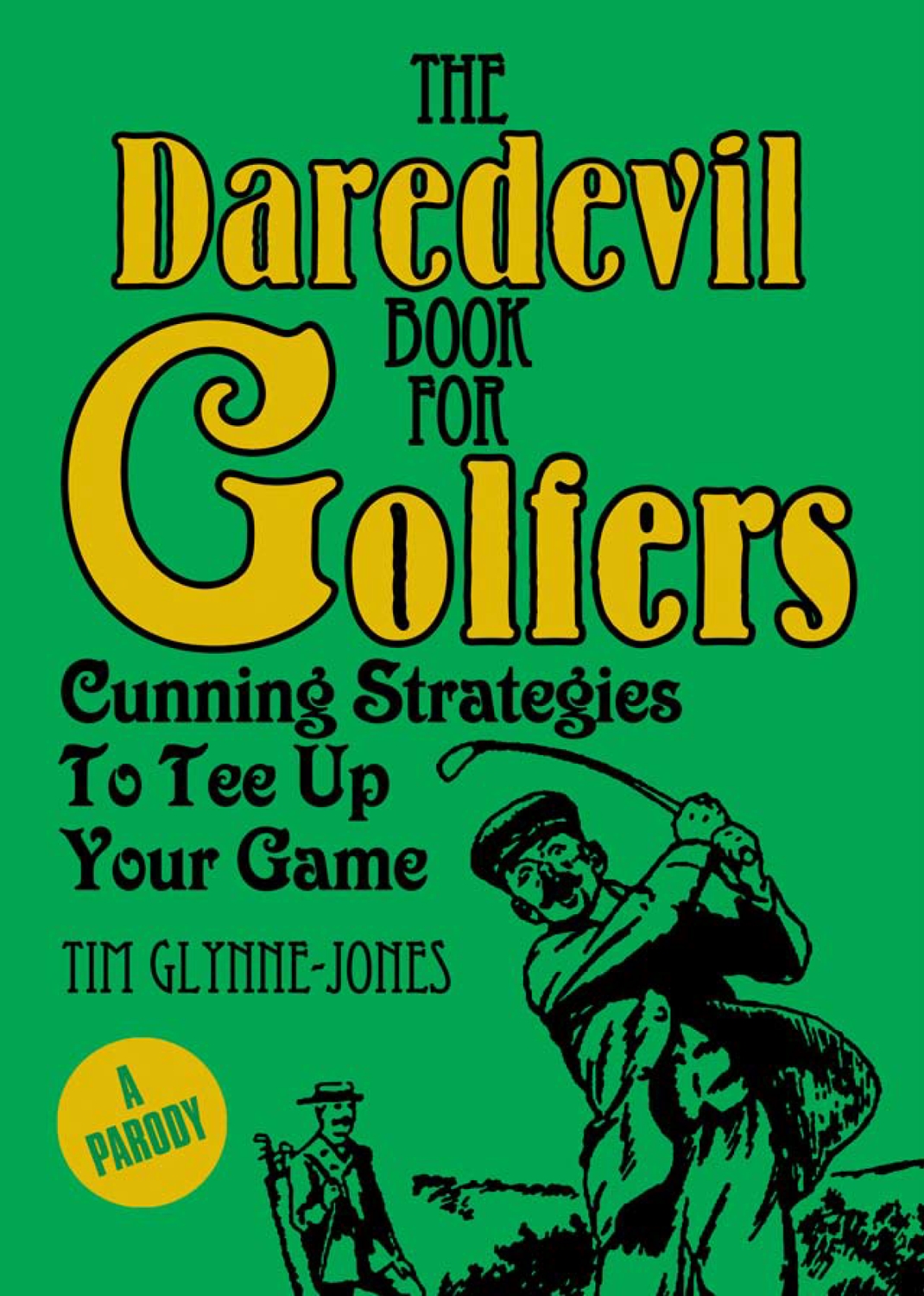 Cunning Strategies to Tee Up Your Game

Golf is a traditional gentleman's sport practiced on fairways from Atlanta to Zambia. But behind all the hierarchy, club rules and etiquette, what is really going through a golfer's mind on the first tee? The Daredevil Book for Golfers takes a sideways look at the sport and finds an awful lot of people aching to win at any cost.

Sections include:
• Why Golfers Shout 'Fore!' (When what they really mean is 'Get out of the *?!?@?! way!')
• I Can See Why Bogies Might Be Bad, But What's So Great About an Albatross? (Golfing terminology and how it developed).
• Crazy Golf - Well, It's a Start (You might feel it's beneath you... Until you spot the windmill. Yeah, course you can time your putt to pass between those shiny red sails. Can't you?)

Including hilarious cartoon illustrations by David Mostyn, this handsome clothbound hardback makes a great gift for any golf lovers out there.

Tim Glynne-Jones is a writer living in Reigate, Surrey. He was born in Malaya in 1965 where his dad was working as a teacher, but returned a year later to a country celebrating winning the World Cup. He grew up in Croydon and started school on a rainy day in 1969, wearing a blue trawlerman's outfit over his shorts and cap, something he still remembers vividly, along with the milk.