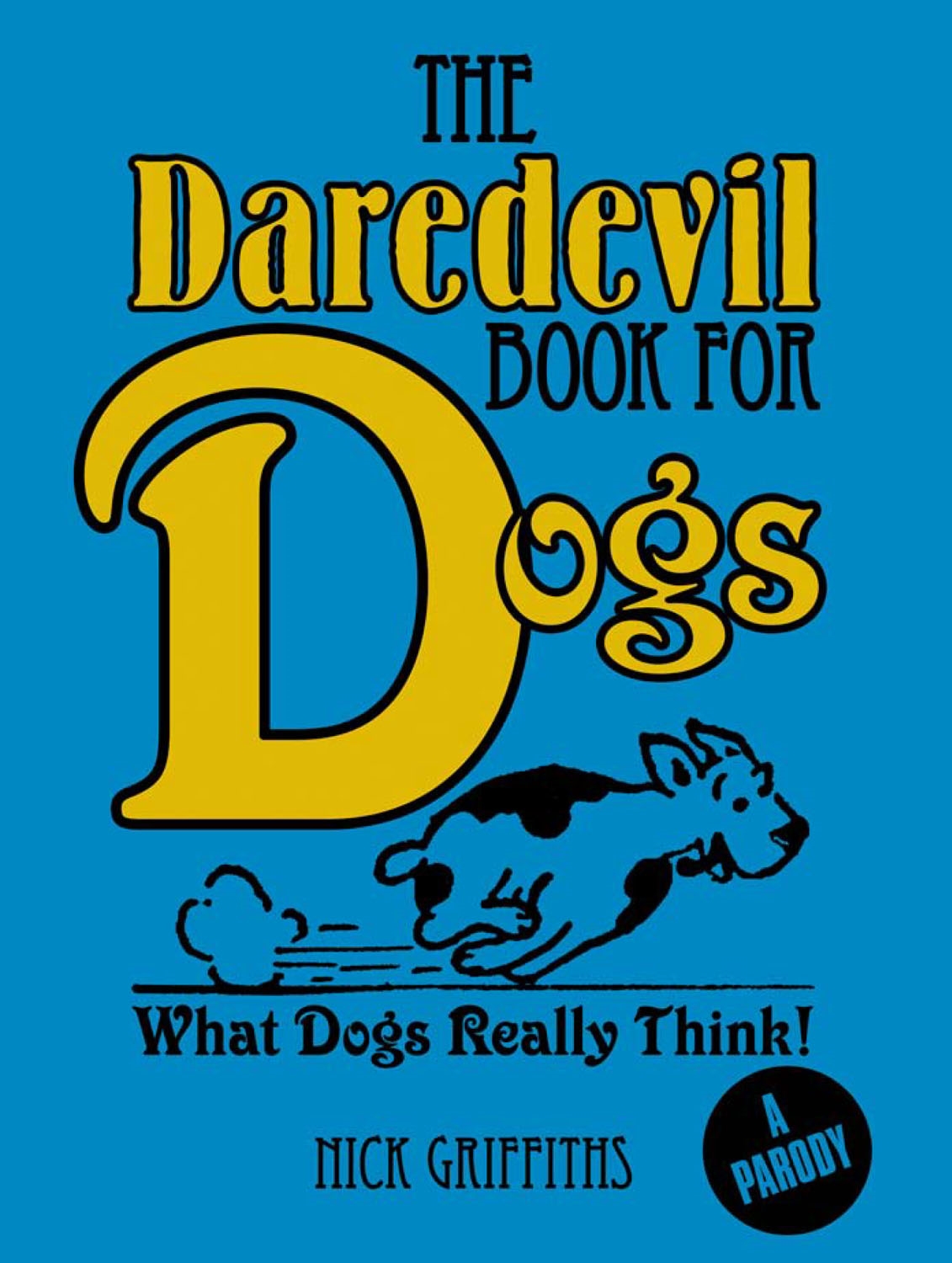 The Daredevil Book for Dogs

You probably think your favourite mutt is a beast of little brain, who spends all day in front of the fire getting ready for 'walkies' and all night dreaming of bones. The Daredevil Book for Dogs is here to set you straight. This is a surreal journey deep into the canine psyche.

Revelations include:
• Understanding doggy horoscopes
• How dogs perform a risk assessment
• Some things a dog might eat
• Why small dogs think they're hard
• How dogs exploit the reward system

This delightful clothbound hardback includes hilarious cartoon illustrations by David Mostyn and makes a perfect gift for anyone mad about dogs.

Nick Griffiths is an author and journalist because NASA wouldn't let him be an astronaut. He has written Dalek I Loved You: A Memoir and Who Goes There, both based around Doctor Who, and the comic novel In the Footsteps of Harrison Dextrose, while writing largely for the Radio Times. He owns a cat named Columbo, who has failed to solve any murder cases, and would love to own a dog but can't get past the idea of picking up its poo in a small plastic bag.