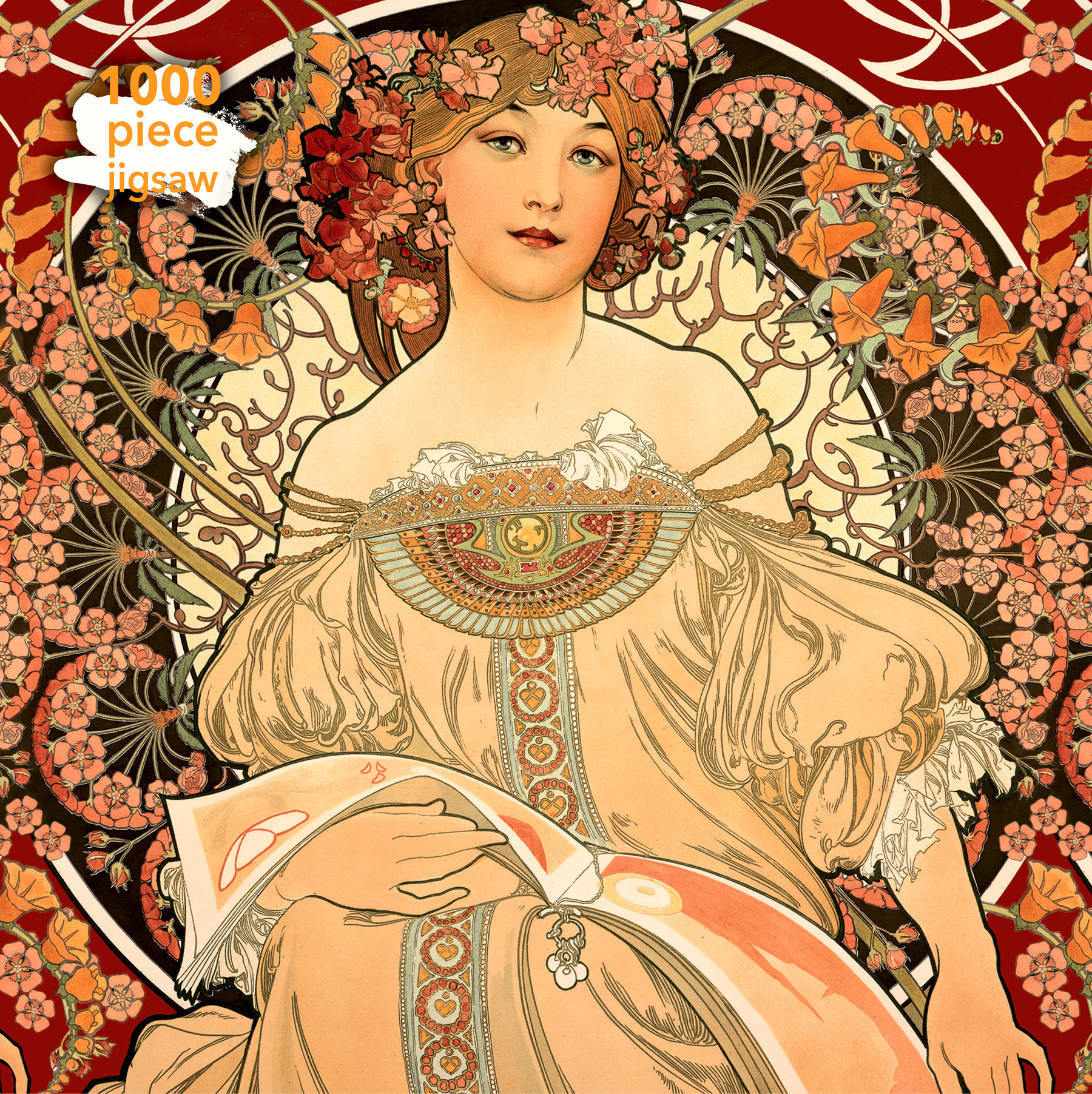 Part of an exciting series of sturdy, square-box 1000-piece jigsaw puzzles from Flame Tree, featuring powerful and popular works of art. This new jigsaw will satisfy your need for a challenge, featuring Alphonse Mucha's Reverie. This 1000 piece jigsaw is intended for adults and children over 13 years. Not suitable for children under 3 years due to small parts.
Czech artist Alphonse Mucha was a defining figure of the Art Nouveau era and is loved for his images of beautiful women in arabesque poses. His work was so distinctive, it became known as Le Style Mucha, a decorative art form that made the artist famous in Paris at the end of the nineteenth century. Much of the work he produced in his adult life was used for advertisements and posters. This lithograph was originally designed as a calendar image, which would be featured in the Champenois company calendar. It became very popular so quickly however, that it was featured in the magazine La Plume as a decorative panel. It was given the title Reverie (daydream) as the woman appears like a figure in a dream. Gazing out at the viewer, the young woman sits with an open book on her lap, wearing a flowing dress with voluminous sleeves in the Byzantine style. Such an enchanting illustration epitomizes Le Style Mucha.