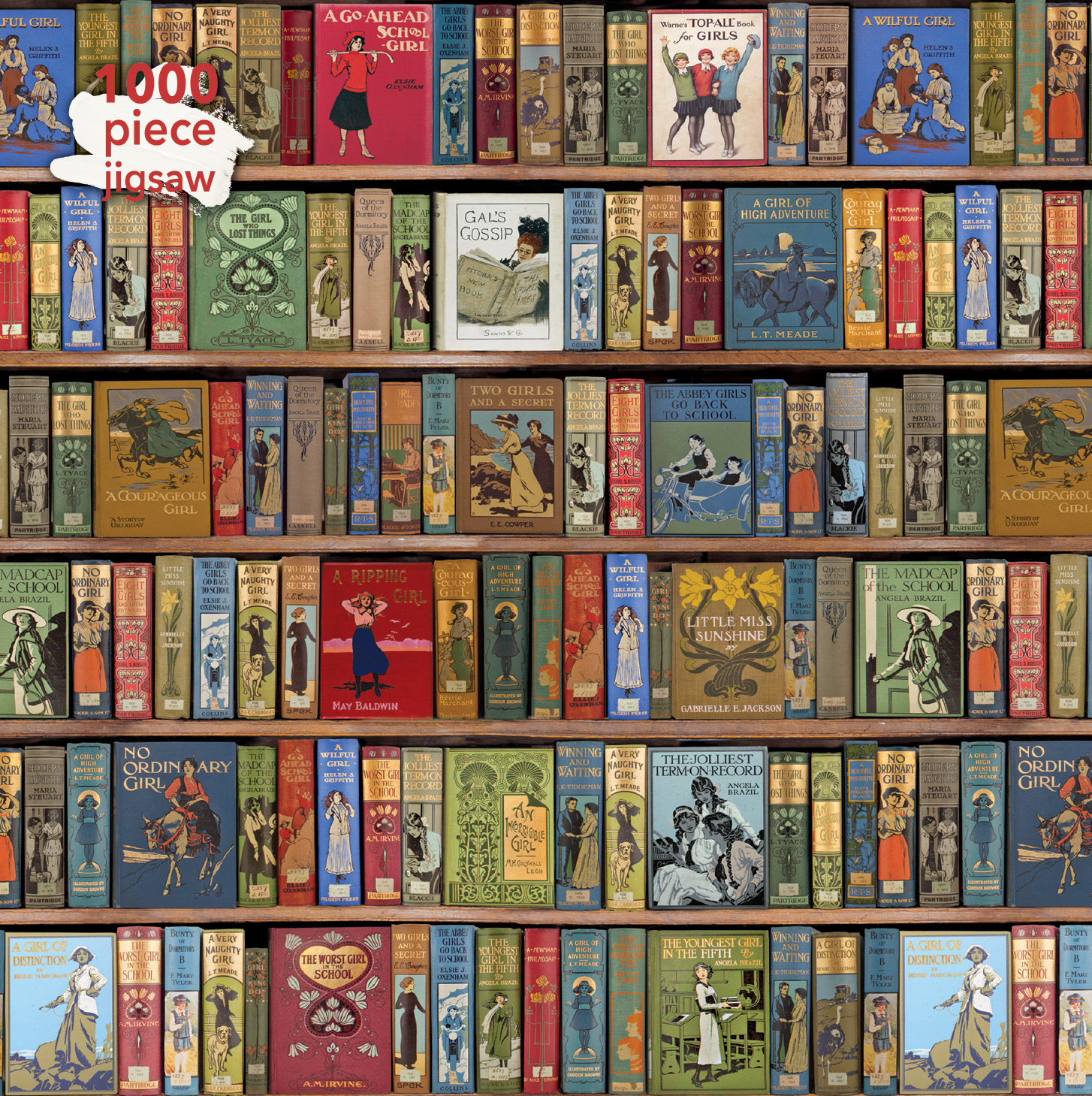 Part of an exciting series of sturdy, square-box 1000-piece jigsaw puzzles from Flame Tree, featuring powerful and popular works of art. This new jigsaw will satisfy your need for a challenge, with the beautiful Bodleian Library: High Jinks Bookshelves. This 1000 piece jigsaw is intended for adults and children over 13 years. Not suitable for children under 3 years due to small parts.
Late 19th- and early 20th- century children’s books are the subjects of this print from the Bodleian Libraries. Richly illustrated covers in bright reds, blues and greens adorn the rows of shelves, featuring titles such as Little Miss Sunshine, No Ordinary Girl and A Girl of High Adventure. They are all light-hearted tales with brave female characters that can be found within the Bodleian Library, which is one of the oldest libraries in Europe. During his retirement Sir Thomas Bodley decided to return the library to public use and in 1598 refurnished it to house approximately 2,500 books. The doors first opened to scholars in 1602 and in 1610 Bodley agreed with the Stationers’ Company of London that a copy of every book published in England would be held in the library. Since then many extensions and buildings have been added and together the Bodleian Libraries now house over 12 million printed items.