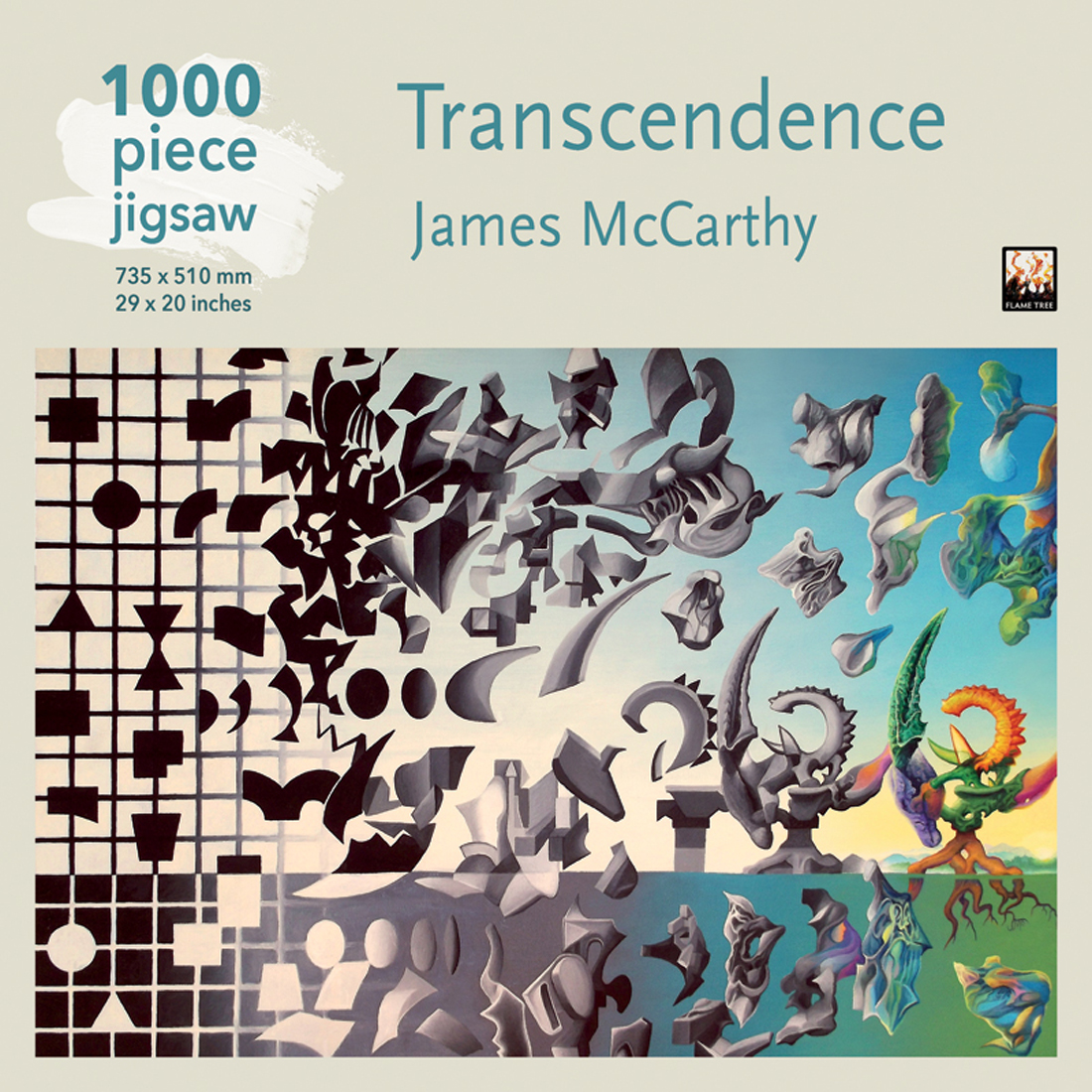 Part of an exciting series of sturdy, square-box 1000-piece jigsaw puzzles from Flame Tree, featuring powerful and popular works of art. This new jigsaw will satisfy your need for a challenge, with a modern masterpiece, Transcendence by James McCarthy. This 1000 piece jigsaw is intended for adults and children over 13 years. Not suitable for children under 3 years due to small parts.
James McCarthy is a surrealist but also considers himself a landscape painter. He likes to depict the seasons. His work is influenced by fantasy and science fiction but also nature under various weather conditions. He feels that the viewer can empathize with this. He’s also enchanted with the scenery of the British Isles. “My work is influenced by childhood memories as well as various places I see in my neighborhood in Brandon, FL which I embellish”. His work is often inspired by ‘mindscape’ music such as psychedelic, prog rock, new age, medieval and certain classical music. He’s been commissioned by musicians to create posters and album covers from his art and has been exhibiting his work in various galleries in the Tampa Bay area since the year 2000.