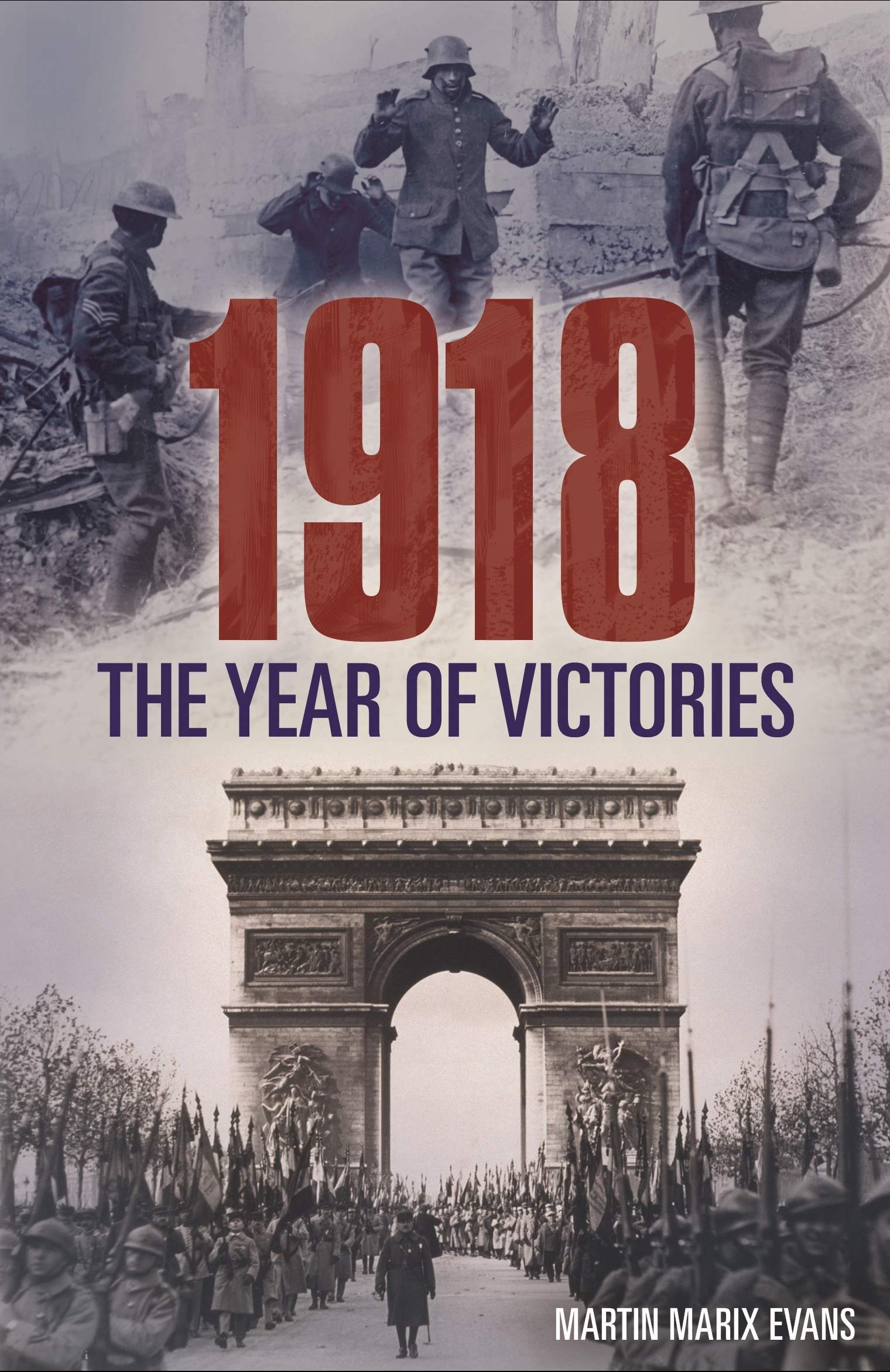 At the outset of 1918 Germany faced certain defeat as a result of Allied technical innovation in tanks and aircraft, and the American entry into the war. Victory could only be gained by the immediate application of overwhelming force in new tactical form; the 'fire-waltz' artillery barrage and the storm-trooper infantry attack. 1918 examines both the Germans' tactics and the Allies' preferred solution to fighting this war, the combination of artillery, tanks, infantry and aircraft, and argues that this reached a level of sophistication in command and control never before achieved. The war of attrition was far from over, but as more Americans arrived in France the ghastly cost became affordable. For the Germans, it became a question of whether they could negotiate an armistice before their armies were utterly destroyed.

Martin Marix Evans graduated in Law from Cambridge University before going into publishing and eventually setting up his own company of book packagers. Something of a specialist in the history of WWI, he has written books on Ypres and Operation Market Garden, Passchendaele and the Battles of Ypres 1914-18 and the exploits of the American Expeditionary Force in France, 1917-1918.