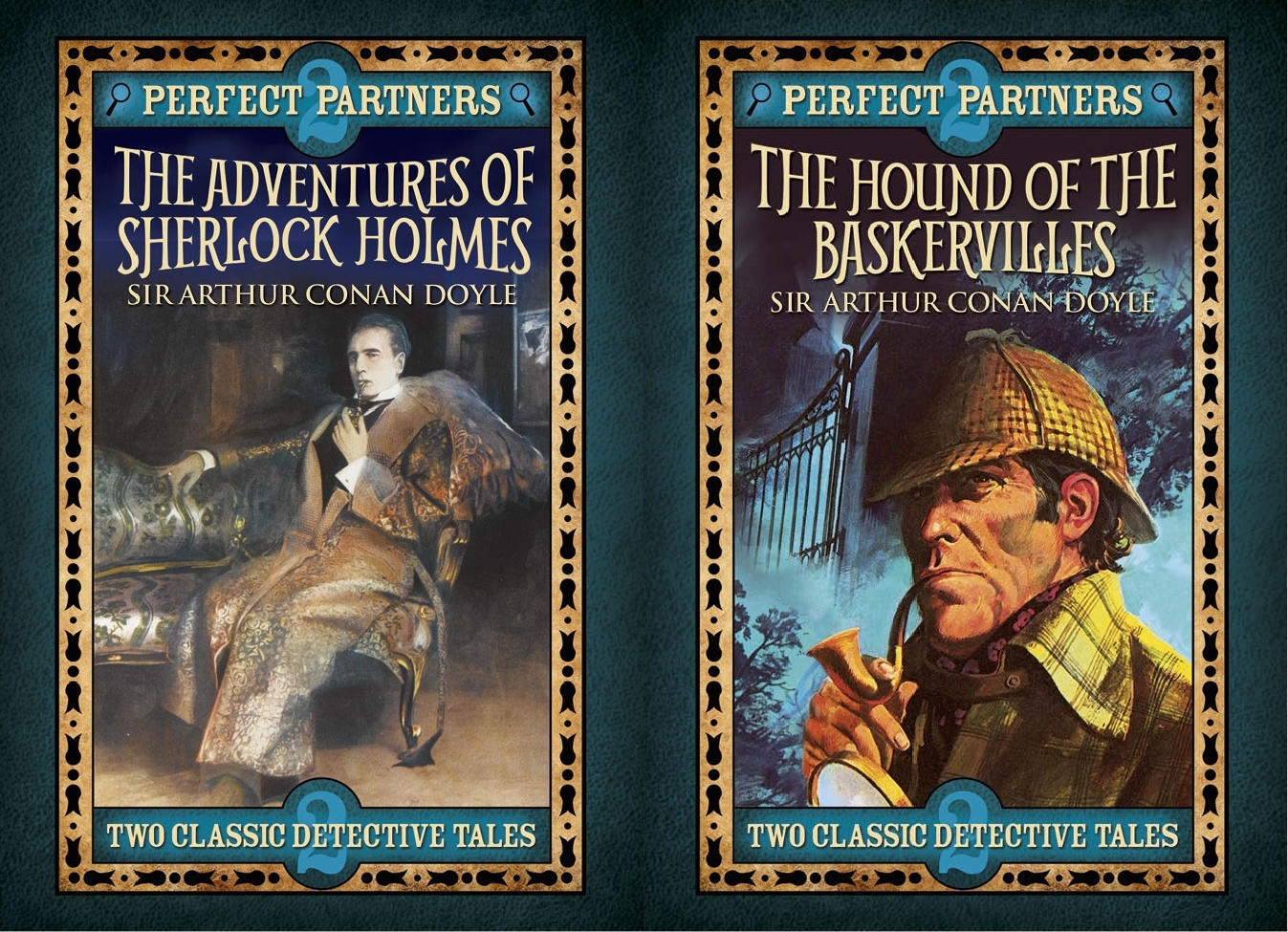 The Hound of the Baskervilles & The Adventures of Sherlock Holmes

The Hound of the Baskervilles was the third novel to feature Sherlock Holmes. The mystery of the beast lurking on Dartmoor in Devon has thrilled readers ever since it was first published in serial form in the Strand Magazine in 1901-02. It has since become a classic of crime fiction. The Adventures of Sherlock Holmes contains 12 short stories which relate the experiences of Sherlock Holmes in his capacity as a consulting detective, aided, and abetted by his friend, Dr. John Watson. The stories were first published in the Strand Magazine between June 1891 and July 1892 and were then collected together in 1892. Doyle's personal favorite was The Adventure of the Speckled Band.

Sir Arthur Conan Doyle (1859-1930) was a writer and physician. Born in Edinburgh in Scotland, he began writing short stories while studying medicine. His first work featuring Sherlock Holmes, A Study in Scarlet, was published in 1886. He was knighted by King Edward VII in 1902 and became Deputy Lord Lieutenant of Surrey. He stood for Parliament twice, but was not elected. Relentlessly curious about a vast range of subjects, his interests were reflected in the vast array of knowledge that Sherlock Holmes exhibited in his stories. Conan Doyle died of a heart attack at the age of 71.