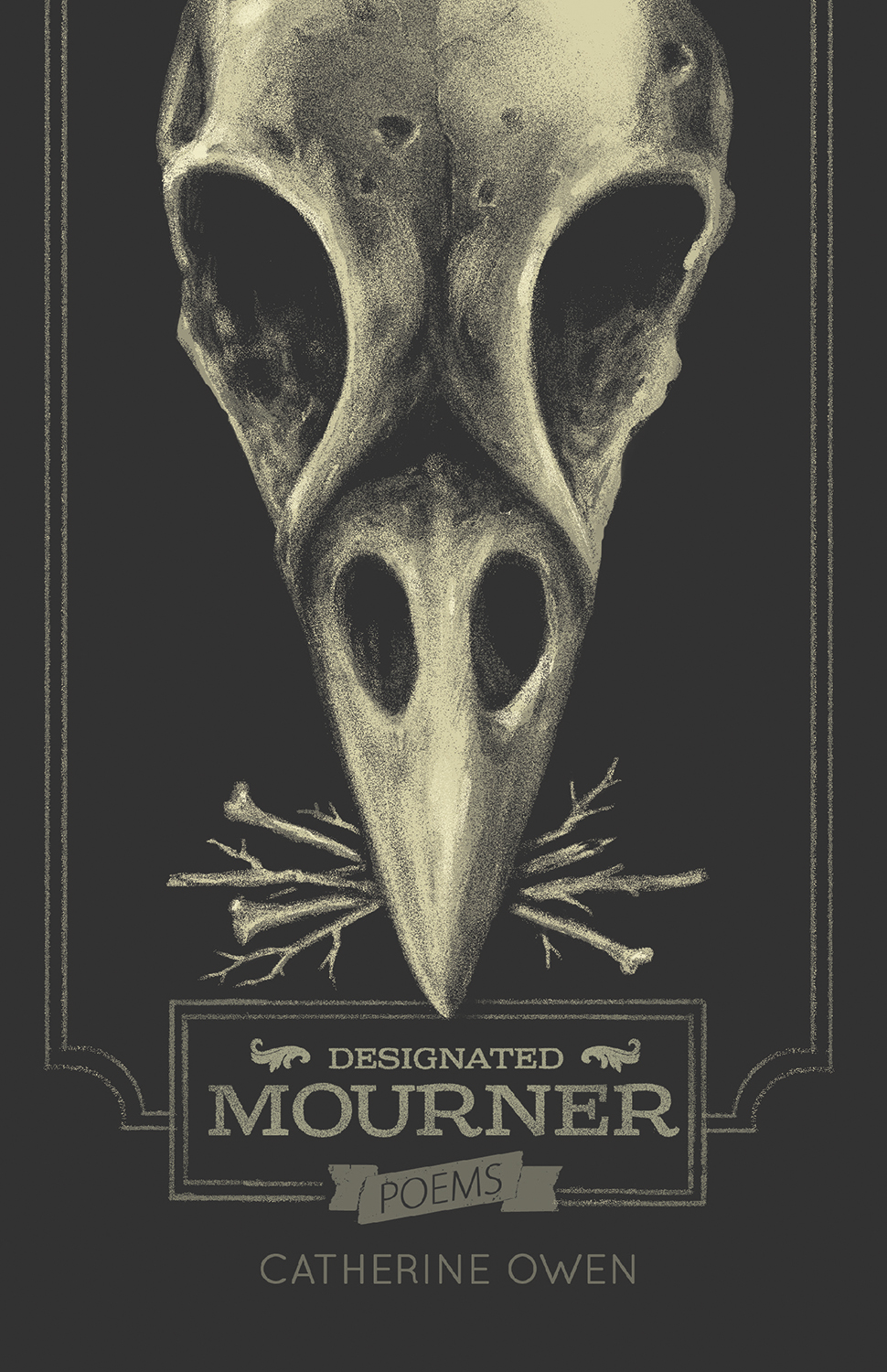 Designated Mourner is a collection of elegies for an unconventional spouse and artistic collaborator, lost to addiction at a young age. These poems keen on the page, tracing tenderness and sorrow while raging against his night.

Well crafted and intimate, Designated Mourner engages with a range of forms. It is timely as grief is a misunderstood and often shunned emotion in North American society, as is drug addiction. The poems allow emotion while never losing their aural power.

Catherine Owen is the author of nine collections of poetry, the most recent being Trobairitz (Anvil Press, 2012), Seeing Lessons (Wolsak & Wynn, 2010), Frenzy (Anvil Press, 2009), and the chapbook Steve Kulash & Other Autopsies (Angelhousepress, 2012). Her collection of memoirs and essays is called Catalysts: confrontations with the muse (Wolsak & Wynn, 2012). Frenzy won the Alberta Book Prize and other collections have been nominated for the B.C. Book Prize, the ReLit, the CBC Literary Prize, and the George Ryga Award. Owen lives in Vancouver, British Columbia.